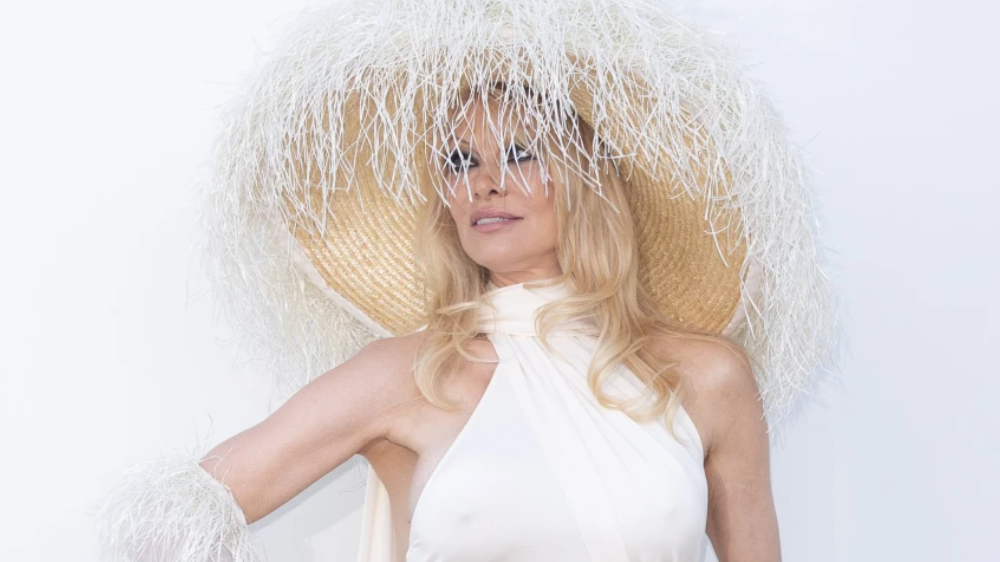 Pamela Anderson is finally ready to share her story with the world after years of holding in her ‘anger.’

The actress, 55, is gearing up for the release of a new memoir and documentary, which land on January 31 and uncover secrets from her past, as she recalls events in her own words.

Ahead of their release, the star has admitted she has ‘a little bit of anxiety,’ but she also hopes to ’empower’ others.

Pamela has had quite the ride of things over the years, with one of her biggest headlines being her romance with Motley Crue drummer Tommy Lee and the leak of their sex tape after it was stolen and distributed around the world.

The former Baywatch actress – who recently shared she has no intentions of watching the tape back – and her ex were later the inspiration for Pam & Tommy.

Starring Lily James and Sebastian Stan, the controversial series documented the fallout of the scandal.

Speaking to People about writing her story for Love, Pamela, she said: ‘[There’s] a little bit of anxiety before it comes out, because this has been a year, basically, of therapy, going through my life from my first memory to my last memory.

The ex-Playboy model added that she’s ‘really proud’ of her book.

‘My boys were excited for me to write my own book, but they both were like, “Mom, you’re going to need help to write this book.” And I said, “No, I can write this book myself”, she shared.

‘They were shocked that I pulled this off,’ she smiled.

Pamela described the writing process as an opportunity for reflection, which taught her a lot about herself.

‘I had no idea how much anger I had inside, or how therapeutic it was going to be for not just me, but for people around me, like my mother.

‘It’s been a healing process. I’m so happy to share it and hopefully people will be inspired.’

She explained that her book is ‘just one girl’s story of how I made it through: a small-town girl going to Los Angeles and just going through all the wild and crazy adventures I did and then circling back and going home.’

Pamela used her memoir as a chance to unleash the ‘secrets’ she ‘repressed.’

Vowing to expose the truth, she shared: ‘In my case, there’s been stories written and things happening, but you can’t really know somebody unless you hear the whole story. I hope it’s empowering.

‘I just wanted there to be a true, authentic, real record of my life.’

Pamela noted that it was ‘very, very important’ for her to write down everything she’s been through, ‘from beginning to end.’

Pamela, A Love Story is streaming on Netflix from January 31.

Her memoir, Love, Pamela, is also released on January 31.

‘Inside No. 9’ Returns With More Cunning Puzzles