The drama surrounding Piers Morgan continues. Just this week, Sharon Osbourne issued an embarrassing defense of her friend on The Talk, insisting to her Black co-host that Morgan was not a racist despite his continued criticism of Meghan Markle. Now, Osbourne is trying to walk back her defense of the former British television show host — much to the dismay of one Piers Morgan. 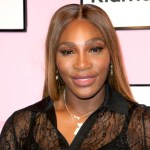 
Serena Williams Is House-Hunting in Montecito Near BFF Meghan Markle

“Sharon’s been shamed & bullied into apologising for defending me against colleagues accusing me of racism because I don’t believe Meghan Markle’s bullsh*t,” Morgan tweeted, making himself out to be the victim of this situation. “This is where we’ve reached. I demand an apology from those @TheTalkCBS bullies for their disgraceful slurs against ME.”

In her apology, posted on Friday morning, Osbourne wrote, “After some reflection, after sitting with your comments & sitting with my heart, I would like to address the discussion on The Talk this past Wednesday.” She added, “I have always been embraced with so much love & support from the black community & I have deep respect & love for the black community.”

Osbourne then apologized to “anyone of color” that she offended and “anyone that feels confused or let down by what I said.” She wrote that she was “truly sorry” and added, “I panicked, felt blindsided, got defensive & allowed my fear & horror of being accused of being racist take over. There are very few things that hurt my heart more than racism so to feel associated with that spun me fast.”

She continued, “I am not perfect, I am still learning like the rest of us & will continue to learn, listen and do better.”

The Talk host also addressed her the earlier tweet where she had initially defended Morgan and said that she does not “condone racism, misogyny or bullying” and that she “should have been more specific about that” in her tweet.

Before you go, click here to see the craziest conspiracy theories Meghan Markle has faced since becoming a royal.