If Prince Harry’s interview with Oprah Winfrey didn’t get the royals to pay attention to his side of the story, then his podcast with Dax Shepard and Monica Padman on Armchair Expert surely did. The divide between family duty and freedom of choice probably got a bit wider after the family listened to Harry’s thoughts on the situation — and it doesn’t seem like their recent reunion at Prince Philip’s funeral helped at all. 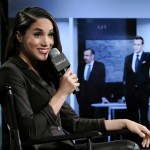 According to royal expert Katie Nicholl, who spoke to Entertainment Tonight, Prince Charles and Prince William didn’t love that Harry likened his time in the royal family to the 1998 movie, The Truman Show, where every moment is captured on camera like a reality TV show and “and being in a zoo.” While it’s a funny analogy to anyone listening to the interview, it’s not funny to his family members, who would like a little more media control about their private lives.

Nicholl believes that this comment got under Charles and Williams’ skin the most because the Duke of Sussex is doubling down on his statement from the Winfrey interview by saying “his brother, and his father feel trapped by the institution.” It’s OK for Harry to speak for himself, but she doesn’t “think it’s how William and Charles feel.” And that’s likely where the stalemate is coming in this entire family feud — each side has a different journey, but neither side is willing to support each other on their unique pathway.

We know Prince Charles and Prince William are in line for the throne — they’ve been groomed for this role since birth. They likely feel a sense of duty and honor to the monarchy. Even if they don’t love every royal protocol, they aren’t going to condemn the privileged life that their birthright has given them. Prince Harry can claim they are prisoners in their royal roles, but we don’t ever expect his father and brother to support that statement (even if they feel that way behind the scenes) in public.

On the flip side of this feud, the royal family should be thrilled that Prince Harry and Meghan Markle discovered a meaningful way to make a difference on terms that makes them happy. They are financially independent and continuing the hallmark of service that is consistent with being a senior royal — even if they chose to leave that life behind.

Before you go, click here to see the best photos of Princess Diana playing with William and Harry.