Prince Harry and Prince William might not be on speaking terms right now, but that situation is likely to be temporary because an upcoming event is going to bring them together. Even though the brothers don’t see eye to eye when it comes to royal service, the two are expected to be standing next to each other when the Princess Diana memorial is unveiled on July 1, which would have been her 60th birthday. 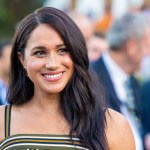 Royal expert Russell Myers told The Sun, “I can exclusively reveal that William is still committed, as is Harry, to get together on July 1 for the unveiling of the Princess Diana statue at Kensington Gardens.” While that had been the plan all along, the Oprah Winfrey interview caused a greater divide between Prince Harry and Meghan and the rest of the senior royals. William admitted that he hadn’t “spoken to him [Harry] yet” earlier this week, so their first face-to-face meeting might be awkward, but a much-needed opportunity for the family to heal.

Myers believes that “this could be a monumental period for the brothers” if they want to move forward and find some middle ground. Their career paths are going to rarely meet with Harry pursuing philanthropic and entertainment endeavors in the U.S., and William sticking with his journey to the throne. The one thing they might be able to agree on is honoring their mother’s legacy in the most respectable way possible.

The royal expert also revealed that it is Queen Elizabeth, who is hopeful that a reconciliation can happen within the family. She wants to “iron things out” with Meghan and Harry as soon as possible. Since the Sussexes have spoken warmly about the Queen, perhaps she can find a way to mediate the great divide between William and Harry before the sentimental July event for their mom.

Before you go, click here to see the best photos of Princess Diana playing with William and Harry.

10,000 Rounds Of Ammo And 25 Guns Were Seized From A Teenager Posting Far-Right Memes On iFunny And Discord