Reading and Leeds Festival will be back next year with six headliners split across two main stages in each site.

The event, which sees acts rotate between Reading and Leeds, had been due to happen last weekend but was called off due to the coronavirus pandemic.

Now 2021’s headliners will be Stormzy, Liam Gallagher, Post Malone, Catfish And The Bottlemen, Disclosure and Queens Of The Stone Age. 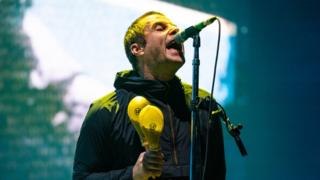 The head of the event’s promoters Festival Republic, Melvin Benn, said it was their “most epic plan yet”.

The event, regarded by many live music fans as second only to Glastonbury in the annual UK music calendar, will also include AJ Tracey, Doja Cat, Lewis Capaldi, Mabel and Two Door Cinema Club, along with rappers Ashnikko, DaBaby and Fever 333.

Rapper Stormzy and former Oasis frontman Gallagher had been due to headline the 2020 events – along with rock band Rage Against The Machine – and the organisers were able to retain the services of both British superstars.

Catfish And The Bottlemen, who will headline the festival for the first time, told BBC Radio 1 it was a “huge honour” to have been asked to top the bill.

“We’ve always had it in the back of our minds since we first played the BBC Introducing stage [in 2013],” the band’s frontman Van McCann said.

“To be able to come back now and have that slot, it’s a big one.

“We’ll probably turn up with a few new songs.”

However, some on social media complained about the lack of female artists among next year’s headliners, all of whom are male.

Robert accused the organisers of “misogyny”, while another tweeted that the headliners were being outshone by the women featured in the 2021 line-up, but apparently “deemed not headline-worthy”.

The festival will still take place at the usual venues – Richfield Avenue in Reading and Bramham Park in Leeds. Tickets bought for this summer will remain valid, while refunds will also be available, organisers have said.

Reading and Leeds are both among the longest-running and largest music events in Britain. Reading has a capacity audience of 105,000 music fans, while Leeds can take 75,000.

The Reading Festival itself dates back to the the 1960s, and used to be best-known as a rock festival, but over the years it has included a more diverse line-up and added Leeds as a second site in 1999.

Their Breast Implants Were Recalled Over A Cancer Link. Finding Out If They’re Sick Has Been “Hell.”

14 Ghost Towns And Cities Around The World You Can Visit