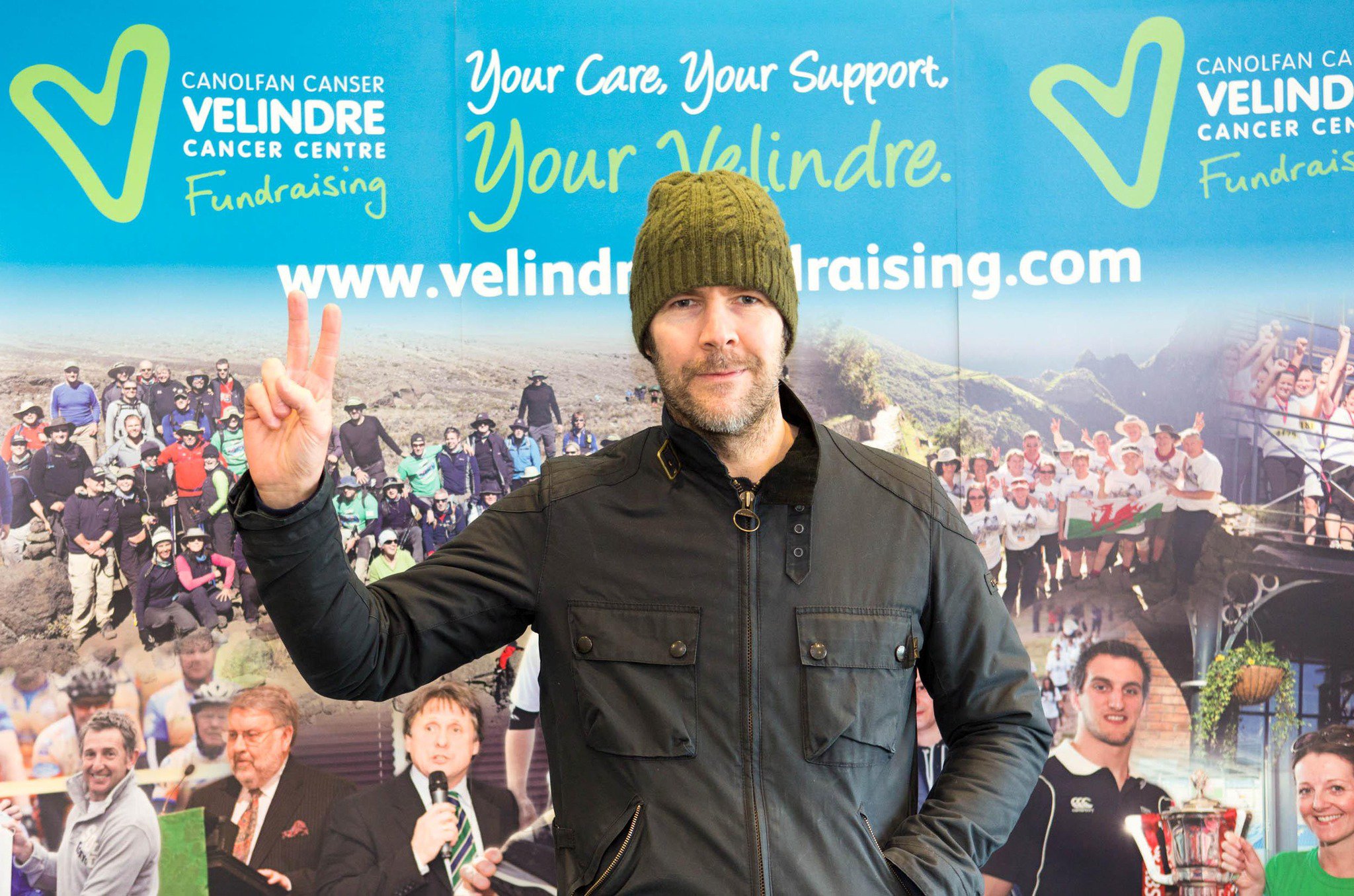 Comedian Rhod Gilbert has said he is committed to using his experience of cancer in his next stand-up shows, having written 250 pages of material.

The 54-year-old Welshman announced in July that he had stage four cancer and was being treated at the Velindre Cancer Centre in Cardiff, where he had been a fundraising patron before the diagnosis.

He recently postponed a string of January tour shows after discovering he required additional surgery for gallstones and recurring gallbladder infections.

In his first national newspaper interview since the diagnosis, Rhod admitted that it ‘does feel weird’ and he ‘hasn’t really worked out what to say’ when it comes to his cancer.

However, he is ‘more than happy to talk about it’, despite saying he hasn’t had time to ‘process it all’.

The comic has spent years confronting life’s mild irritants through his comedy, such as service stations and baked potatoes.

Speaking about his 2012 live show The Man With The Flaming Battenberg Tattoo, he told The Guardian: ‘I was having to look for things to be angry about, to fit what I did. And that’s diminishing returns, clearly. I felt that, and I think audiences felt that.’

After the tour ended, Rhod quit live comedy and ‘didn’t write a word’ and ‘didn’t miss it at all’.

After a seven-year break from stand-up, he returned with his tour The Book Of John to poke fun at more serious topics he had experienced, such as bereavement, infertility, and suffering a mini-stroke.

‘Until this show, all my stand-up was made up. I think pretty much everything was entirely fictitious. And in this show it’s not. It’s all true stuff that happened: the stroke, my mum’s Alzheimer’s, the fertility treatment.

‘As I got older, I started to feel… that I’ve got a bit of a platform here. And I should be doing more with it than just talking about toothbrushes.’

The TV star, who has also presented documentaries on social anxiety and infertility, as well as filling in for Nick Knowles on DIY: SOS, revealed that he has ‘become somebody who wants to be really open and talk about stuff, and who sees the value in talking’ – and that extends to his cancer.

Rhod said that he gets letters and emails from ‘all over the world’ from people talking about their own experience of a stroke, parents with Alzheimer’s, or infertility.

He admitted that he ‘really likes’ this ‘totally different response’.

Talking about his new no-filter approach, the star revealed that during his beach walks with his dog he can now ‘end up in an hour’s chat about infertility, cancer, whatever’ with a stranger, whereas before he would have ‘not engaged with anybody’.

‘When I get through this, the next show will be in a similar vein. The cancer is on my mind 24/7, but, when I’m well enough to write, I’m jotting down a few things. And there is humour in there, definitely,’ he shared.

Rhod, who used to doubt he would ever write another stand-up show, said he is now ‘mad keen’ to create a new one, although his diagnosis means he sometimes spends ‘whole weeks’ in bed.

‘It’s just me and this bl**dy cancer, really. I’m really aware of mental health now and I’m checking in with myself every day.’

He also said he was feeling ‘fine, weirdly’ and also ‘happy, optimistic and hopeful that next year it’ll all come good’.

The comedian added that he is also looking forward to the rescheduled tour dates for 2023, which have been pushed back until the summer.

He has been a regular guest on shows such as Would I Lie To You?, QI and Mock The Week over the years, and also hosted Never Mind The Buzzcocks from 2014-15.

Rhod and wife Sian recently both visited a ‘rammed’ A&E, where they were the only ones wearing masks, according to Sian.

‘I just don’t get it,’ she wrote on Twitter as she shared her frustration at people not taking the precaution, even when they had ‘hacking coughs’.

She did not reveal why she or Rhod needed to make the trip.