Speaking out. Heather Thomson shared why it was uncomfortable shooting certain moments of Real Housewives of New York season 13 alongside Leah McSweeney — who Heather claims played up the drama when the cameras were on.

Former ‘RHONY’ Stars: Where Are They Now?

“We’d be talking and then the camera would go on and it would be a different scenario. I think there’s a line that gets crossed,” Heather, 50, exclusively told Us Weekly while promoting her new venture with Beyond Fresh. “I am very much about individuality and letting people be who they are. I say it on the show, exposing one’s body, that kind of talk empowers some people. Some people being buttoned up and a little bit more polite, someone would say empowers other people. I’m not going to judge that.”

While Heather wasn’t personally bothered by Leah’s behavior, she was still worried when thinking about her children. Heather shares son Jax and daughter Ella Rae with husband, Jonathan Schindler. 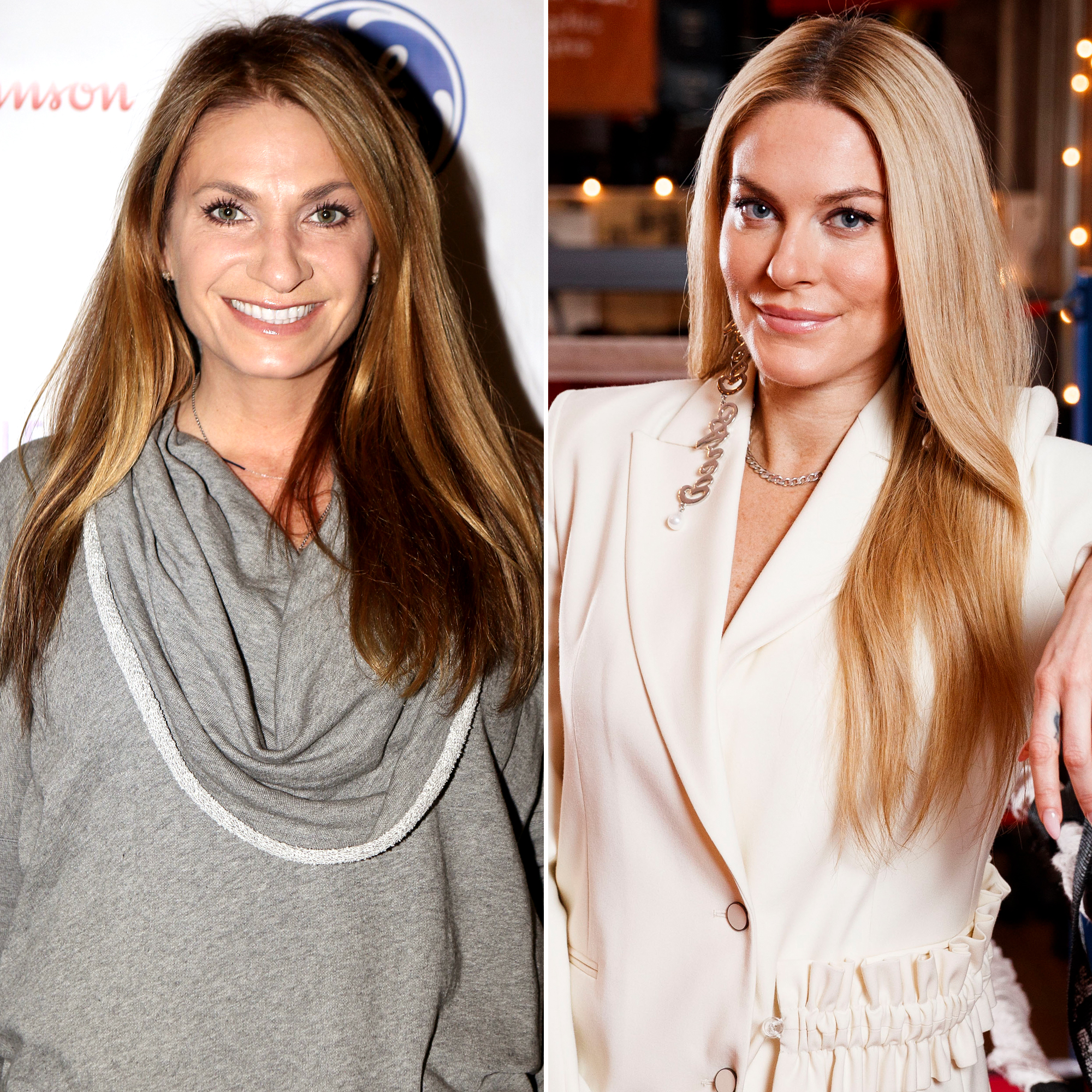 “I would say it was uncomfortable for me being a mother. Where she crossed a line [is] saying what a man’s worth is,” she clarified to Us. “That crossed the line for me on so many levels because I would never diminish a man to that. I was offended on different levels. My kid’s faces, like, flashed in front of me sitting at that table.”

Heather explained that she found the language Leah, 38, used “vulgar,” even though she usually doesn’t get offended by much.

“It’s just not what I talk about. I swear like a sailor, I have a potty mouth. I say the f word all the time. … I’m not offended by that type [of] talk. I don’t think people should be,” she clarified. “However … when I’m in mixed company, I try to judge the crowd, so to speak. I think if you’re making someone uncomfortable, maybe you can pivot. But also that person that you’re making uncomfortable also could try to pivot. There’s always cooperation to be had. There’s always a way to meet in the middle.”

Heather added that she knew Leah was going to try to stir up drama. During the episode, Leah read quotes from Heather’s podcast about the other women.

“She only read the headlines. No one at that table actually listened to the podcast. So I knew she was going to gun for me,” Thomson said. “I was given a heads-up … from one of the other women on the show.”

She continued: “I wasn’t really that worried about it because I still to this day, stand behind the podcast and everything that I have said about the franchise, my experience on the franchise, all the women on the franchise and the jokes that get fired at you on Watch What Happens Live. You have to quick-fire responses.”

For Heather, that experience comes with starring on a reality show.

“It’s part of the show we’re on. We’re supposed to pick on each other a little bit. That’s kind of how it is,” she told Us.

Us previously revealed that Heather cut her appearances on the current season of RHONY short, following her fight with Leah.

“Heather could see Leah was acting up for the cameras and using behavior she considered demeaning and exploitative and frankly, crossed a line,” the source told Us in March. “Heather wanted no part of Leah so after she left that weekend Heather had no interest in continuing the season at all and stopped filming.”

Now, Heather is focused on her passion for nutrition, which includes a new role as a cofounder of Beyond Fresh.

“We can make better choices for our families, for ourselves as we are trying to. I want to age gracefully, but I want to stack the odds in my favor for longevity,” she explained about the premium line of whole food powders and supplements that takes a science-based, easy-to-follow approach to superfood and whole food nutrition. “For my children learning earlier in life, what I’m only now learning. … I recognize that there was a hole in the market for really affordable plant-based vegan, whole food or get nutrition.

She concluded: “So I launched Beyond Fresh for that reason. I wanted it to be an affordable and educational brand that helps people supplement their nutrition to learn [and] to make better choices. Crowding out bad choices with better choices.”

With reporting by Mandie DeCamp