Though he earned some of his greatest acclaim late in life, especially in comedic roles, Rip Torn had a career spanning more than six decades in film, television and theater. These are some of the most memorable onscreen performances by the actor, who died on Tuesday at 88.

From 2007 to 2009, Torn appeared on the NBC series as the chief executive of General Electric and a role model for Alec Baldwin’s character, Jack Donaghy (“You wonderful madman,” Baldwin said on Tuesday in a tribute to Torn on Twitter). The role earned Torn an Emmy nomination in 2008.

Torn was critically praised for his performance as an aging Memphis record producer in the little-seen 2005 independent film.

“If you can dodge a wrench, you can dodge a ball.” In the 2004 comedy, Torn plays a foul-mouthed dodgeball coach who uses unorthodox methods to help Vince Vaughn’s team of misfits prepare for a tournament.

Torn’s best-known role was as Artie, the late-night talk show producer on Garry Shandling’s “The Larry Sanders Show,” the acclaimed comedy that aired on HBO from 1992 to 1998. Torn received six consecutive Emmy nominations for his performance, winning best supporting actor in a comedy series in 1996.

In the 1997 film and its 2002 sequel, starring Will Smith and Tommy Lee Jones, Torn plays the head of a secret government agency that monitors extraterrestrial life on Earth.

Torn also did voice work, including as king of the Greek gods in the 1997 Disney animated film.

Torn plays an attorney who defends Albert Brooks in the afterlife as he stands trial to determine whether he can move on to the next phase of existence (Brooks, who also wrote and directed the 1991 film, called Torn “a true original” on Twitter). Shandling said it was this film that led him to cast Torn in “The Larry Sanders Show.”

Torn was nominated for an Oscar for his performance as a hard-drinking backwoodsman in the 1983 drama about the author Marjorie Kinnan Rawlings.

“The Beastmaster,” from 1982, is one of several Torn films that have become fan favorites despite being critically panned or sinking at the box office. Others include “Payday” (1972), “Canadian Bacon” (1995) and “Freddy Got Fingered” (2001).

Dr. Nathan Bryce, ‘The Man Who Fell to Earth’

In the 1976 British science fiction film, David Bowie is an alien who finds himself stranded on the wrong planet, and Torn is a scientist who discovers his secret.

Torn, who was known for his temper, famously wielded a hammer in an unscripted fight with his co-star Norman Mailer while making the 1970 underground film. Mailer, who was also the writer and director, used the footage.

Along with Paul Newman and Geraldine Page, his future wife, Torn reprised his original Broadway role in the 1962 film version of the Tennessee Williams play. He had been nominated for a Tony for his supporting performance as Tom Finley, the brother of the lead character’s old girlfriend.

Torn’s breakout role was as the traitorous disciple in the 1961 biblical epic. 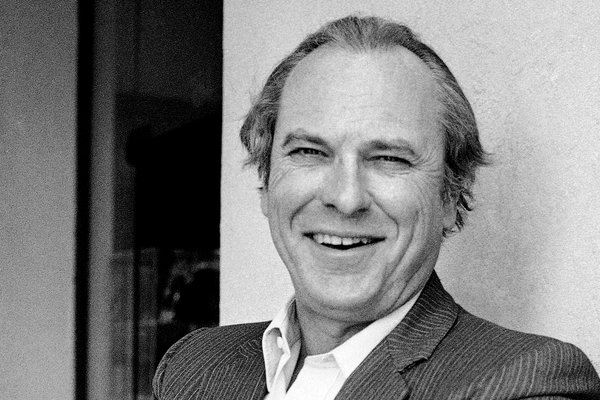 ‘No Longer a Disease for Our Moms and Grandmas’: Women on Early Breast Cancer