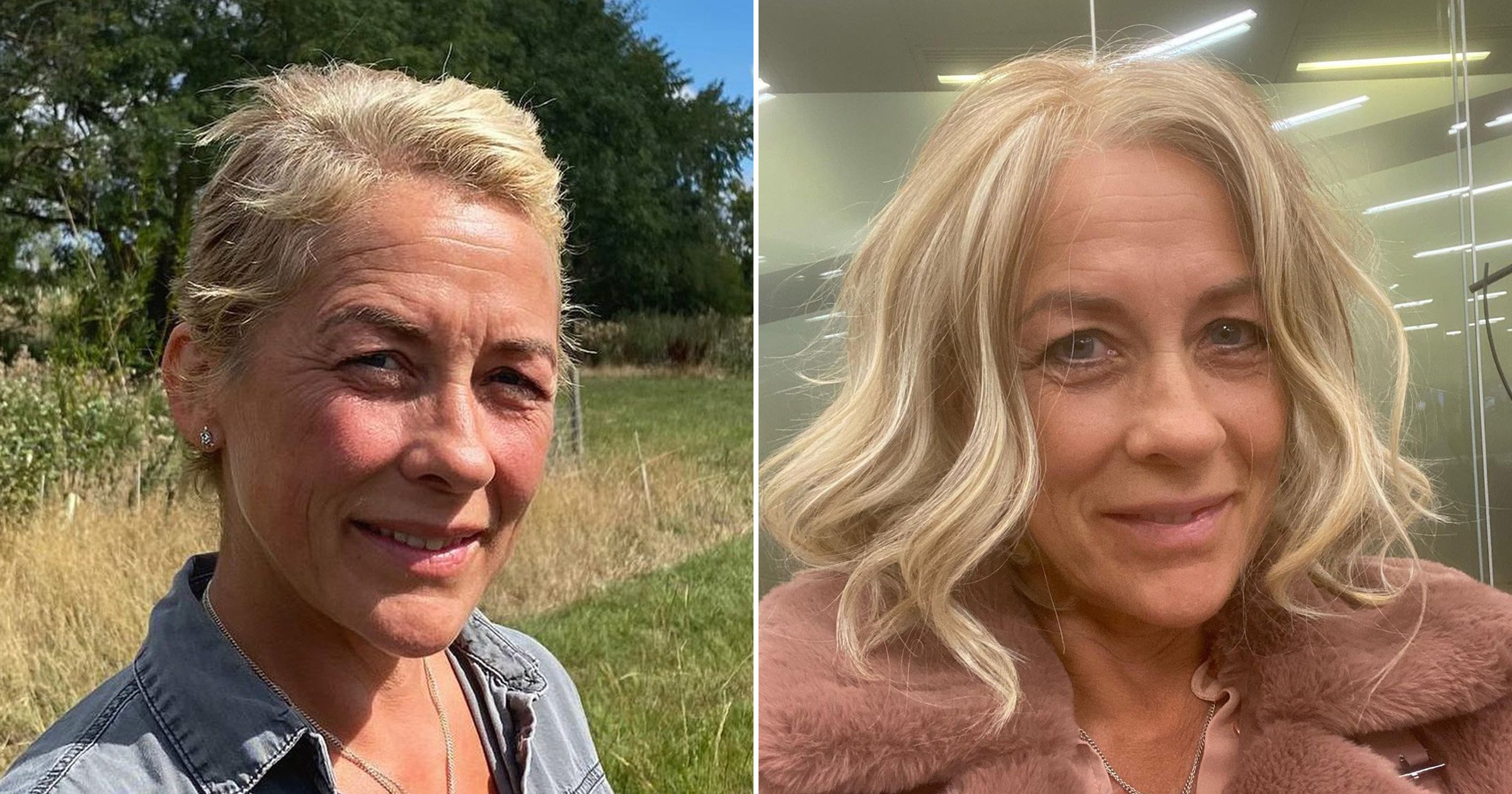 Sarah Beeny has urged fellow cancer patients to not ‘feel ashamed of their bald heads.’

The 50-year-old presenter and property expert revealed her own breast cancer diagnosis in August and said she had begun a course of chemotherapy.

As she receives an intensive treatment plan, with a mastectomy and radiotherapy planned for next year, Sarah has kept her followers up to date along her cancer journey.

This has included speaking about her hair loss amid chemotherapy as she debuted a brand-new look, a beautiful blonde bob.

In a recent interview, Sarah opened up further about having a cropped ‘do and said she wanted to challenge misconceptions about people with no hair.

The Help! My House Is Falling Down presenter, who revealed she used dog clippers to trim her barnet, said bald people are often seen as ‘victims’, ‘angry’ or suffering some form of ‘punishment’.

She continued to the Daily Mail: ‘You’re a victim or it’s a punishment, like Fantine in Les Misérables, or Cersei Lannister in Game Of Thrones. People are ashamed of their bald heads.

‘The more I talk to people in this boat, the word I keep hearing is “shame” and I thought: Why?

‘If you’ve got breast cancer and you’re having treatment, the fact you have no hair is not a reason to be ashamed.

Despite her diagnosis, Beeny has said she will continue to work and is focused on a new Channel 4 series and book she has planned for later this year.

She told the Daily Mail that two weeks later she started chemotherapy treatment which was ‘really traumatic’ when ‘handfuls’ of her hair began to fall out.

In 2010, she began to chart the renovation of Rise Hall, a Grade II-listed stately home in Rise, East Yorkshire, as part of Channel 4 series Beeny’s Restoration Nightmare.

Beeny and Swift worked to renovate Rise Hall as a family home and wedding venue, then sold the property in 2019.

In March that year, she revealed she was quitting London to move to a seven-bedroom house in Somerset with Swift and their sons.

The couple bought the 220-acre sheep farm in August 2018 and Beeny later said she had decided to make the move permanent after considering her children’s education.

Megan Thee Stallion Is Dropping a New Song This Friday