Susanna Reid was forced to make a swift apology on Monday’s Good Morning Britain after political journalist and regular guest of the show, Kevin Maguire, dropped the word ‘b*llocks’.

The presenter, 52, and her co-host Ed Balls, 55, had been discussing the Government’s controversial anti-strike laws, which would restrict workers’ right to strike by imposing minimum service levels, when the conversation got heated.

Growing increasingly more frustrated at his fellow guest, journalist and editor Andrew Piece, Maguire fumed: ‘What you say about minimum standards is b*llocks.’

Reid audibly gasped at Maguire’s expletive as he quickly explained that he was actually ‘quoting a European trade leader’.

‘Hang on a minute, where did that come from?’ she asked. 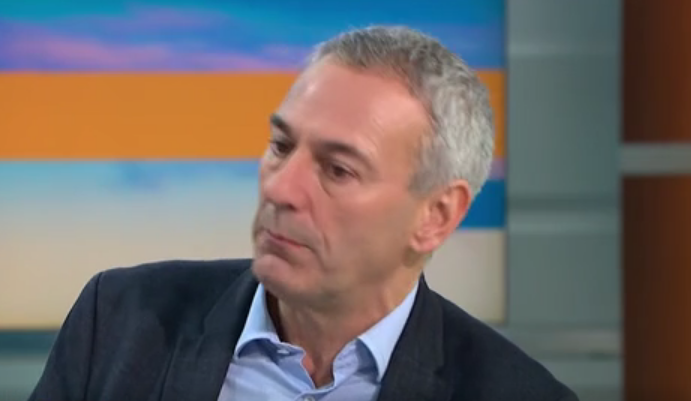 As Maguire attempted to continue, she interjected and said: ‘Sorry, we can’t get past Ofcom regulations just because you’re quoting someone else, so an apology to people who were offended by that.’

Trying to rectify his mistake, the journalist attempted: ‘Alright, if I said something that rhymes with “rollocks” how is that? Are we alright there?’

‘Well, I think we all know what word you are referring to Kevin because you’ve already said it,’ Reid pointed out.

Viewers were rather amused by the colourful language so early in the morning, with one writing: ‘B*llocks! Oh my. The week can only get better from here!!’

Echoing a similar sentiment, another typed: ‘Gotta love a drop of the word “b*llocks” on morning TV. Or should we say “rollocks”?’

Television watchdog Ofcom categorises the word b*llocks as non-discriminatory language alongside other words such as ‘ball’s and ‘bitch’.

It states that the term is potentially unacceptable pre-watershed and not generally offensive but somewhat vulgar when used to refer to testicles, adding it’s less problematic when used to mean ‘nonsense’.

Good Morning Britain airs weekdays from 6am on ITV.

Isabel Marant SS23 Was a Throwback to Her '90s Debut