Warning: This story contains spoilers from the Younger series finale.

It’s official: Liza (Sutton Foster) has made her choice — kind of. In the series finale of the TVLand turned Paramount+ drama, Liza and Charles (Peter Hermann) quickly realized that their reunion wouldn’t be a long-term relationship. While in bed together, after promising to always be honest with one another, they realize that they may not be able to keep that promise, and she asks him, “We’re not going to make it, are we?” When he replies that they’re not, they cuddle up together, seemingly for the last time.

Everything to Know About the Final Season of ‘Younger’

So, what went wrong?

“Liza’s relationship with Charles was based so much on them projecting who they are to one another,” creator Darren Star told TVLine. “They hadn’t been together authentically for very long, and when push came to shove at the very end, they realized that they weren’t right for each other. More importantly, she was never going to overcome this lie she told at the beginning of the series. The lie had consequences. It gave her a career, but it cost her personal relationships.” 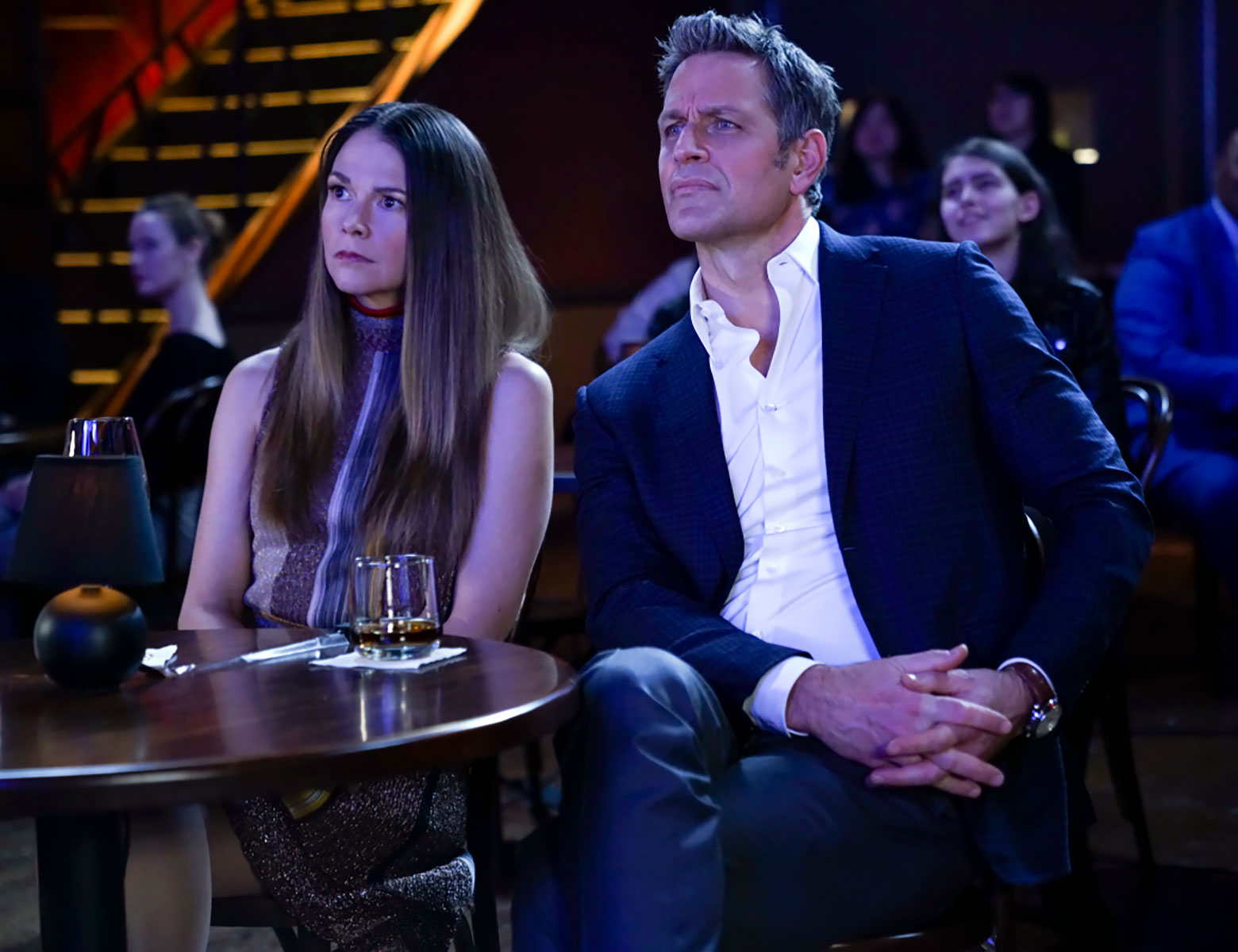 Despite their split, Charles did ask Liza to take over Empirical while he’s off writing at Yaddo. So, she went from assistant to running the company over the course of the five seasons. While celebrating her success, she headed out with the girls. When going to the bar to get another round, she waved her shoe to try and get the bartender’s attention — just as she did in the series’ pilot.

Again, just like in the pilot, Josh (Nico Tortorella) appeared. After some of the exact same dialogue — and check out their very similar outfits, as well! — Liza said to Josh that she hadn’t seen him there.

His response said it all: “Really? Because you know what, I’ve been right there by your side all along.”

With that, the camera zoomed out and ended with the exes talking at the bar — a way to show that Liza didn’t really make a choice. 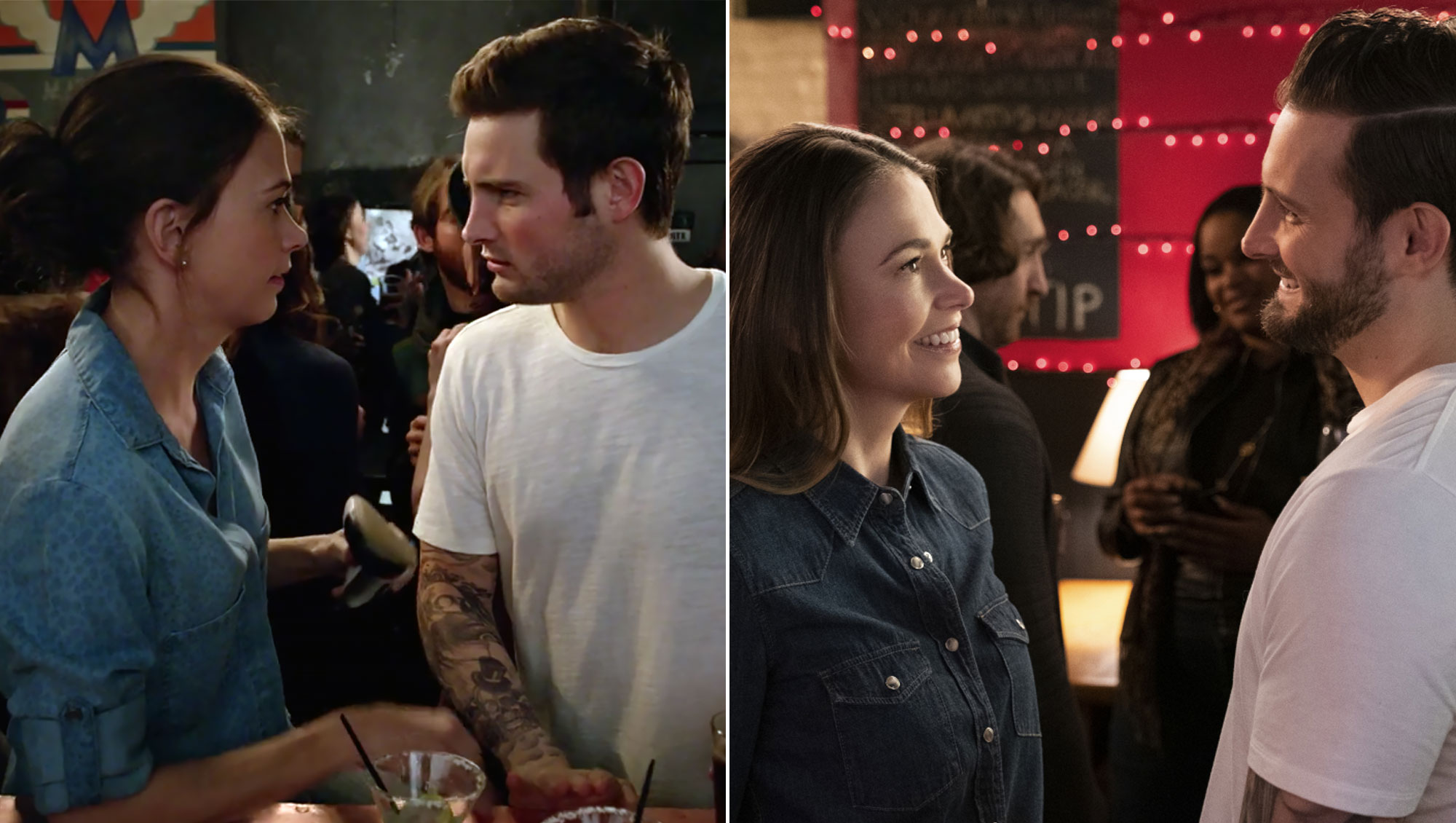 “They’ve always had each other in their lives, and the journey continues,” Star told TVLine. “I think of all the paths her story and her life could take, and we wanted to leave it open to all possibilities. To me, there was something elegant about coming full circle in her story.”

18 of the Best Love Triangles in TV and Movie History

Following the episode, Tortorella, 32, took to Instagram to celebrate the show’s ending and #TeamJosh.

“IT’S THE FULL CIRCLE FOR ME. team josh for the win fam. but personally i’m team younger. true story, this scene from the pilot was the first day i met sutton foster. this scene from the finale was my last day of work on younger. not a goodbye forever, but a goodbye for now. and what a ride it’s been,” the Following alum captioned a video of the finale. “Josh will always love liza. no matter what. and i will always love @suttonlenore even more. hats off to @starmandarren and the rest of our writers for wrapping up a series so epically. and the rest of our cast? no words. y’all are truly my family. we will share again. cuz like this sets up the next chapter so beautifully right?!!!!!!”

Younger is available to stream on Paramount+.

Yes, Shaquille O'Neal Met Joe Exotic — No, They're Not Friends