Home » Entertainment » ‘The Approach’ Review: Three Women and the Men Who Define Them

For an hour I’d sat riveted to my laptop, watching the writer-director Mark O’Rowe’s “The Approach” performed live from Dublin. Then the superb cast took its bow, and I was seized by an impossible urge that hadn’t beckoned me this whole pandemic.

Electrified by O’Rowe’s production, wildly conflicted about his play, I wanted more than anything to debate it, right then, with a friend or two, bent close over drinks in some cozy post-show spot. Given the divided nature of my reaction, I would of course be arguing for both sides.

“The Approach” is the story of three women who grew up together and now meet one-on-one for the occasional catch-up chat — or, pointedly, don’t meet at all anymore.

Presented by Landmark Productions in association with St. Ann’s Warehouse and Project Arts Center, where it is performed, it’s the kind of drama that could fuel a whole impassioned evening of dissection. Psychologically layered, peppered with lies and evasions, this is a relationship study whose fragmented, circular structure obscures more than you might expect.

“Nice to have a bit of a moan on occasion,” Anna (Aisling O’Sullivan) tells her old friend Cora (Cathy Belton) from two meters or so away across a wide, round table, cups and saucers in front of them. (The set is by Sinéad McKenna, who also designed the lighting.)

Anna has just vented her stubborn, white-hot anger over the absent Denise (Derbhle Crotty), who took up with Oliver, the love of Anna’s life, either shortly before or right after he dumped Anna for her. It would have been violation enough of a friendship, but Denise, it emerges, is Anna’s sister. That ramps up the betrayal significantly — and yes, this is the kind of play where you’re meant to judge. 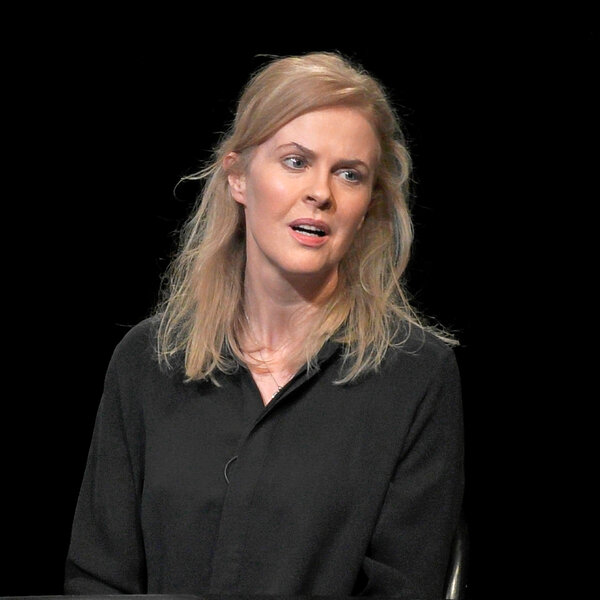 Gentle Cora, caught in the middle of their estrangement, is more invested than either of them in memories of the intimacy the three shared as young adults, roommates who stayed up late into the night, talking around their kitchen table. She sympathizes with Anna and later, more skeptically, with Denise, who views herself as the obviously injured party.

Denise is outraged that when Oliver died, Anna didn’t come to comfort her — though, as she confesses, she wasn’t all that devastated.

“I’m not sure I ever really loved him, Cora,” she says, besotted now with her new man and the baby son they’ve had together.

The perspective of time makes emotions mutable here, though sometimes a character’s slip-slide change of story is plain deception: whether of herself or of the person she’s talking to we can’t always be sure.

O’Rowe, known for menace-filled plays like “Howie the Rookie” and “Terminus,” sees plenty of dangerous darkness in men — a subtly persistent theme in “The Approach.” Yet the amount of female treachery on display can send a feminist’s Spidey sense tingling.

That’s because, even with performances as easily lived in and delicately calibrated as these, the women seem throwback stereotypes. Their conversations are so focused on relationships with men that the characters cease to be credible as whole human beings. When someone finally talks of travel or reading, it comes as a relief. Work rates almost zero mentions.

And when, several years after Denise’s betrayal, a regretful Anna says that she was wrong to have believed there was “some sort of rule” against sisters poaching each other’s partners, I hooted with laughter. O’Rowe can be an extremely funny writer, but the play’s serious tone suggests that wasn’t meant to be a joke.

For all that, though, “The Approach” is also remarkably invigorating theater. Even through our computer screens, a production on a real stage with acting this fine is balm for the soul. Especially for those of us who like to argue.