Times Insider explains who we are and what we do, and delivers behind-the-scenes insights into how our journalism comes together.

Like many women in their 30s, I feel a certain nostalgic connection to Britney Spears. In high school, I remember watching her dizzying rise as America’s golden girl. Then came her public struggles and searing battering by the paparazzi and tabloids while I was in my early 20s.

I have also felt a fascination with her unusual court-approved conservatorship, a legal arrangement, now 13 years old, that put others in charge of her physical and mental health and her finances.

It appears to raise a contradiction: How can someone be seemingly able to function at a high level as a superstar performing sold-out shows in Las Vegas, while also being so unable to take care of herself and at risk that this layer of intense protection is needed?

For these reasons, I long wanted to see Ms. Spears given the full-on documentary treatment, especially to see if any cultural culpability emerged — as happened when the lives of other famous figures like O.J. Simpson and Monica Lewinsky were revisited years later.

Ms. Spears’s current legal battle with her father over who should control her fortune is the subject of the newest installment of the documentary TV series “The New York Times Presents,” for which I am a senior editor. The film, “Framing Britney Spears,” premieres on Feb. 5 on FX and Hulu.

The next court hearing is set for Feb. 11. To gain perspective on Ms. Spears’s situation now, we wanted to explore how she got here.

Thankfully, there is no shortage of archival video coverage of her past. The treasure trove of Spears footage from the late 1990s and early 2000s felt, at times, like relics from a long-ago era. Even though it was only two decades ago, many clips had our team wondering whether they would unfold the same way today.

Were there really mainstream commercials centered on the premise of older men wanting to sleep with a young Ms. Spears? Or what about the “Primetime” interview in 2003 where Diane Sawyer played a clip of the wife of the governor of Maryland saying that she would shoot Ms. Spears if she could for the example she set for young girls? 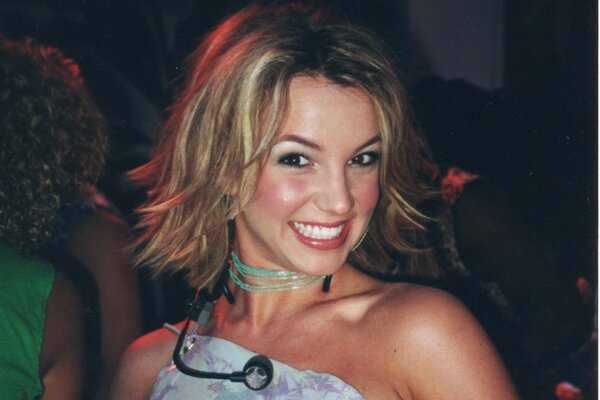 In 2006, Matt Lauer asked Ms. Spears to respond to criticism that she was a “redneck.” That same year, did the paparazzi actually take a graphic up-skirt photo of Ms. Spears a couple of months after she gave birth, and the public’s reaction was to largely laugh?

During the height of her public struggles in early 2008, a “Family Feud” episode featured contestants gleefully shouting out answers to “something Britney Spears has lost in the past year” with “her husband,” “her hair” and “her mind!” (Other approved answers included “her kids” and “her dignity.”)

These footage hunts were done by a team of expert archivists including Johanna Schiller, the archival producer; Melanie Bencosme, the associate producer; and Isabelle Larreur, the rights and clearances manager. The team worked under the direction of the producer/director Samantha Stark.

“Britney is so incredibly well documented and so much is out there that there was an overload of material,” Ms. Schiller said. “What was challenging was finding the choice moments in that ocean of stuff and trying to pinpoint material that hadn’t been out there so much before.”

One breakthrough on that front happened when Ms. Stark and Ms. Bencosme forged a rapport with Felicia Culotta, a longtime friend and assistant of Ms. Spears’s. Ms. Culotta had traveled with Ms. Spears for years and had used disposable cameras to document everything behind the scenes. Many of those images have never been seen publicly before.

More than a decade into the conservatorship, as the paparazzi frenzies have subsided and the saturation coverage of Ms. Spears has long ago peaked, the public is now reduced to her cryptic Instagram feed to try to scrutinize her life.

There is much we don’t know about the conservatorship. Many of the court records are sealed, despite the best efforts of passionate fans who can be quite dogged in their investigating.

Ms. Spears almost never speaks publicly about the case, save for a 2008 MTV documentary in which she cried and compared her circumstances to a jail sentence with no end. It is nearly impossible to interview her freely.

It is unlikely that Ms. Spears will appear at the hearing next week. But recent court documents filed by her court-appointed lawyer suggest that she welcomes the scrutiny and attention brought by her fans and a curious public.

“Britney herself is vehemently opposed to this effort by her father to keep her legal struggle hidden away in the closet as a family secret,” her lawyer wrote. “In this case, it is not an exaggeration to say that the whole world is watching.”

“The New York Times Presents” airs on FX on Friday at 10 p.m. and can be streamed on Hulu.

Miriam Shor Was ‘Floored’ by ‘Younger’ Cast While Directing