Since the last “Fantastic Beasts” film hit theaters, the blockbuster wizarding franchise has been more scandal-filled than a Rita Skeeter byline.

One star was accused of domestic abuse. The other appeared to choke a woman on video. And the less said about J.K. Rowling’s transphobic views, the better.

But Warner Bros. isn’t going to let one of its most magical and profitable IPs go to waste, so the third sequel in the planned five-film franchise will be titled “Fantastic Beasts: The Secrets of Dumbledore” and open in theaters on April 15, 2022, the studio announced on Wednesday.

Directed by David Yates, the new film is penned by Rowling and co-writer Scott Rowles, whose fingerprints are all over past “Harry Potter” films. “Fantastic Beasts: The Secrets of Dumbledore” will once again follow the adventures Eddie Redmayne’s Newt Scamander and company decades before Harry, Ron or Hermione ever stepped foot in Hogwarts.

“Professor Albus Dumbledore knows the powerful Dark wizard Gellert Grindelwald is moving to seize control of the wizarding world,” the longline for the film reads. “Unable to stop him alone, he entrusts Magizoologist Newt Scamander to lead an intrepid team of wizards, witches and one brave Muggle baker on a dangerous mission, where they encounter old and new beasts and clash with Grindelwald’s growing legion of followers.  But with the stakes so high, how long can Dumbledore remain on the sidelines?”

This time around, Danish star Mads Mikkelsen will replace actor Johnny Depp as Grindelwald, who is tangled romantically and otherwise with the future Hogwarts headmaster. 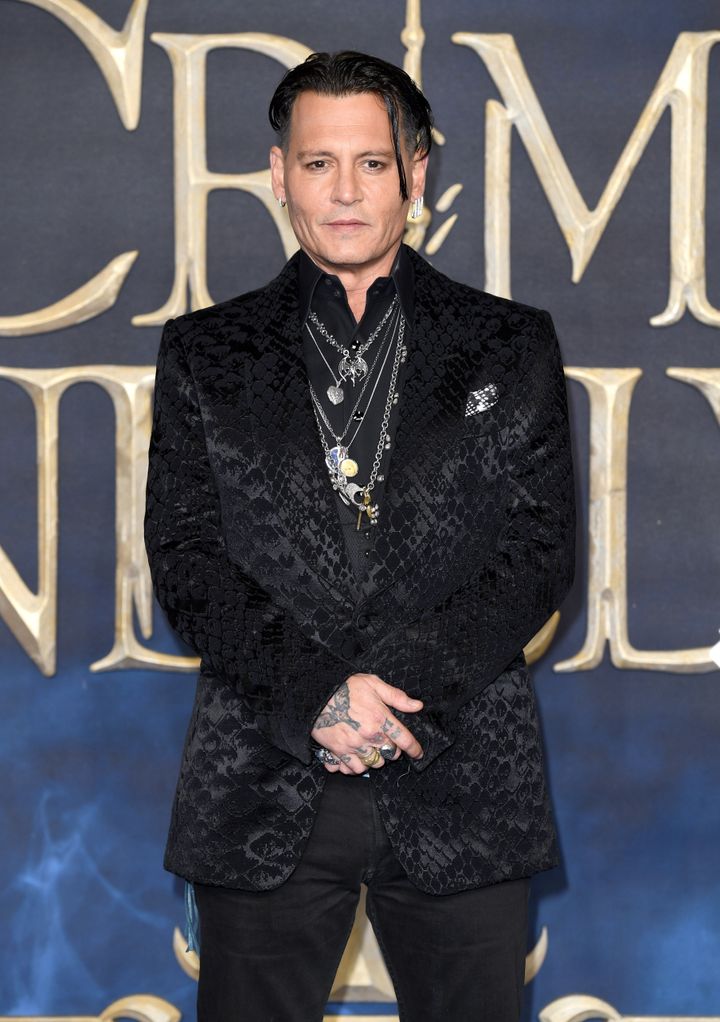 Depp was booted from the franchise following his failed libel case against a British tabloid that referred to him as a “wife beater” while covering his contentious divorce from Amber Heard.

The actor only filmed one scene in the sequel before he was pulled from the shooting schedule in November, according to The Hollywood Reporter, but still received his full eight-figure salary, as his contract mandated that he be compensated regardless of whether the film was made or his role was recast.

At the time, Depp said the verdict would “not change my fight to tell the truth” and he’s since stuck to his word, pursuing further legal action against Heard in the U.S. Last month, a Virginia judge granted him permission to proceed with a $50 million defamation suit against her.

Call it dark magic or just pure coincidence, but the very same day Warner Bros. unveiled the title for the film, Depp railed against “cancel culture” during a news conference at the San Sebastian Film Festival, ahead of receiving the honorary Donostia Award.

“It can be seen as an event in history that lasted for however long it lasted, this cancel culture, this instant rush to judgement based on what essentially amounts to polluted air,” Depp said, according to Deadline. “It’s so far out of hand now that I can promise you that no one is safe. Not one of you. No one out that door. No one is safe.”

And, in case you need a refresher, take a look at the trailer for the previous “Fantastic Beasts” film below.

The Backstreet Boys Are The Best Boy Band Ever — Don't At Me — And, Also, Here's Some Stuff To Celebrate That

Why The Queen's Gambit Probably Won't Have a Season 2