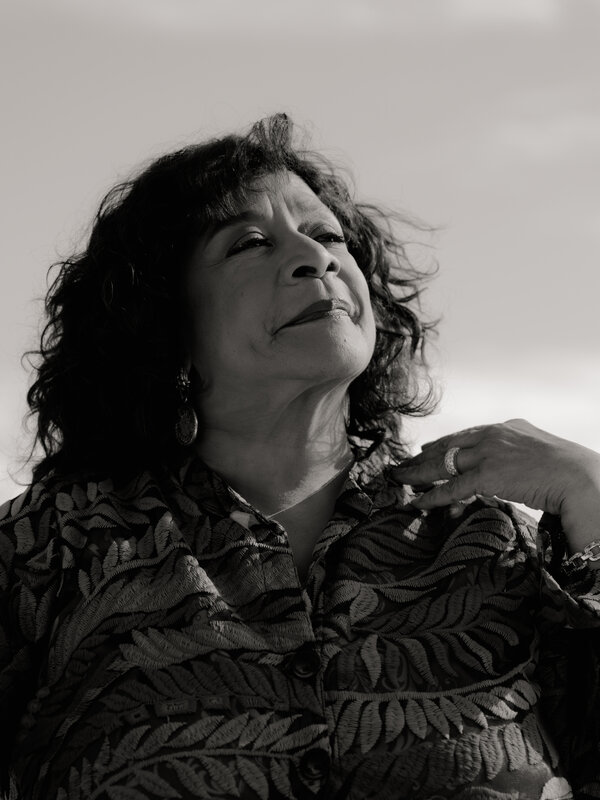 In 1962, an excited 14-year-old Merry Clayton turned up for her first big recording session. After entering the storied Capitol Studios in Hollywood, she took her place among the other young women who had been called to sing backup for a Bobby Darin record. Soon after they started to sing their part of the song, however, Darin stopped the session cold.

“There’s somebody really loud in there and we don’t know who is it,” Clayton recalled him saying. Because the other women knew exactly who it was, “they asked me to back up a bit from the microphone,” she said. “Then we started again and Mr. Darin stopped us and said, ‘That voice is still so loud!’ So the girls asked me to back up even more. Before I knew it, I was almost out the door. Finally, Mr. Darin recognized who it was and beckoned me to the booth to ask me my name. When I told him, he said, ‘My God, Merry, you sure can sing!’”

The strength of Clayton’s voice so impressed Darin that he moved the teenager up front where she delivered an incredibly mature vocal on a duet with him, “Who Can I Count On?” 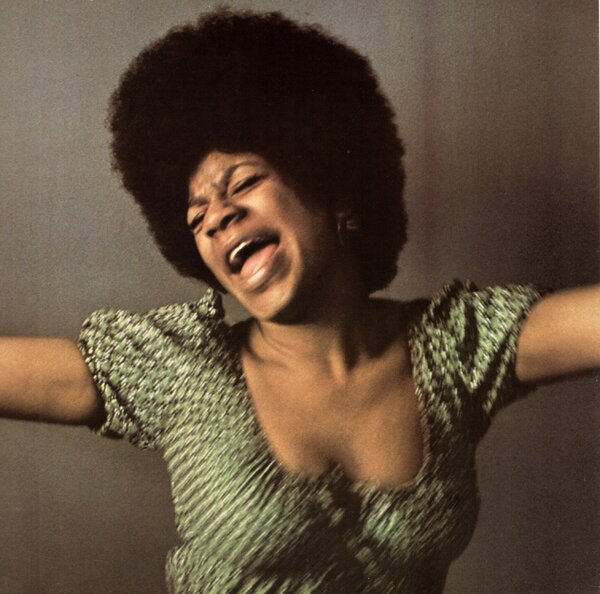 Five decades later, another event in the singer’s life would make it abundantly clear that Merry Clayton’s voice is far from the only strong thing about her. After a half-century as one of music’s most in-demand backup singers — during which she had several shots at becoming a star in her own right — Clayton suffered a tragedy that has tested the limits of both her physicality and her faith.

At the time, she was enjoying one of her highest-profile moments via her central role in the Oscar-winning documentary “20 Feet From Stardom,” which threw a light on the undervalued and mainly Black backup singers who helped define popular music in the last half-century. But just four months after the film won the award, in June 2014, Clayton was in an automobile accident near her home in Los Angeles that ended so violently, she had to have both of her legs amputated below the knee. She would spend the next five months in the hospital, followed by years of rehabilitation.

The singer, 72, recalls nothing of the accident itself. But last month, she spoke with surprising humor and grace about its aftermath in a long video interview. Resplendent in a shimmering azure-blue dress, Clayton sat in her electric wheelchair in the chic Malibu office of the record producer and label owner Lou Adler. “Uncle Lou,” as Clayton calls him, has served as her advocate since 1969, when he signed her to his label, Ode, resulting in several roiling rock ’n’ roll solo albums.

Now, along with Terry Young, Adler has co-produced a new album for Clayton, “Beautiful Scars,” her first in over 25 years, arriving April 9. It stresses songs of overcoming, several of which were written by pop artists like Diane Warren and Coldplay’s Chris Martin. The others tap into the deep well of gospel music Clayton has been singing since she was a toddler in the church of her minister father.

Because he believed music would be crucial to her recovery, Adler started asking Clayton about singing in the studio again just weeks after she regained consciousness. “I said, ‘Excuse me? I’m laid up in the hospital and you’re telling me I’m supposed to be singing?’” she recalled asking him incredulously.

On the day she learned what had happened to her, Clayton said her family sat by her bedside crying profusely while a team of doctors came into the room. “I wondered, ‘What the heck is going on?’” she said. The doctor delivered the news about her legs. “They thought I was just going to fall out at that point. But I just asked them, ‘Did anything happen to my voice?’ When they said no, I started singing, ‘I Can Still Shine,’ a song Valerie Simpson and Nick Ashford wrote for me. Once I did that, my sister said, ‘Let’s get out of here. If she’s singing, she’s fine.’”

The response shocked a nurse who had been standing behind Clayton with a large needle at the ready, “just in case I got riled up,” the singer said with a laugh. “I told her, ‘Honey, I’m not going to get riled up. It’s in God’s hands. He hasn’t failed me yet!’”

Clayton’s unshakable belief has been the ballast of her recovery. In the interview, she mentioned God no fewer than 19 times. She first made the connection between faith and music at the age of 3 when she sang the spiritual “I’m Satisfied” in her father’s church. Located in her birth city of New Orleans, the congregation drew stars of the gospel world from Sam Cooke and the Soul Stirrers to Mahalia Jackson. “They called me ‘little Mahalia,’” Clayton said.

Her parents — who gave her the name Merry because she was born on Christmas Day — saw no separation between sacred and secular music. So, after the family moved to Los Angeles when Clayton was 8, they encouraged her desire to pursue a career in pop. By 15, she had the chance to cut a single under her own name — the first version of “It’s in His Kiss,” a song that later became a smash by Betty Everett. Clayton said she didn’t mind that her version didn’t click. “What mattered to me was that I sounded good,” she said.

In 1966, she realized a dream by joining Ray Charles’s backing group, the Raelettes. “I was the youngest, but I was their lead singer,” Clayton said. There she met her husband, the saxophonist Curtis Amy, who was Charles’s musical director. They remained married until his death in 2002. By the late ’60s, Clayton branched out to become one of the go-to backup singers for the superstars of rock. “We didn’t sing behind them,” she said. “We sang alongside them.”

Her collaborations included classic recordings with Joe Cocker (whom she calls “Ray Charles in another color”) and the Rolling Stones, who provided her most famous platform, a ferocious duet with Mick Jagger on the ultimate anthem of ’60s fear and loathing, “Gimme Shelter.” “At first, I told them ‘I’m not trying to do no ‘rape’ and no ‘murder,’” Clayton said, quoting from the song’s famous refrain. “Then it hit me that we’re talking about Vietnam and racism and police killing people. It’s just a shot away. I felt like I was screaming out from my ancestors to give us shelter from this world.”

The authority of the recording led Adler to sign her. “She had all the qualities you look for when you’re about to put time and money into an artist,” he said. “If there was a space in the market that Aretha Franklin had brought about, I felt she could be in that space.”

Clayton’s early solo albums featured songs written by rock and pop artists, including James Taylor’s “Country Road” and a revelatory version of Neil Young’s “Southern Man.” Her enraged and righteous reading of Young’s lyrics about “bullwhips cracking” and “crosses burning” went fathoms deeper than the original possibly could. “The lyrics are what got to me,” Clayton said. “My father said the world needs to hear you sing this song.”

Ironically, Clayton had sung backup on Lynyrd Skynyrd’s “Sweet Home Alabama,” whose lyrics clapped back at Young for “Southern Man.” By singing on the Skynyrd song, Clayton felt that she was bringing her understanding of Alabama’s racist history as a private protest. Still, she never mentioned to the band that she had also cut Young’s song. “I didn’t think it was wise,” she said.

Despite the power of her solo albums, they didn’t sell well. Adler believes that had partly to do with the resistance of radio to a Black woman singing rock. “Commercially, it probably would have been right for Merry to sing rhythm and blues,” he said, before describing the albums’ sales as “one of my great disappointments.”

Over the years, Clayton released several other solo records, most recently “Miracles” in 1994, but she never wanted for backup work. Stars hired her not only for her vocal ability but for the full history and culture her voice brings to a recording. “They don’t say ‘Merry, we want you to come sing,’” she said. “They say, ‘we want your spirit. We want you.’”

After the accident, the first person to hire her for backup work was Martin, resulting in two guest spots on Coldplay’s “A Head Full of Dreams” in 2015. Martin wasn’t aware of her accident at the time, hiring her purely for her track record and for his belief in what she could bring to the music. “It needed someone who could go free in an amazing way, which she could do,” he said. “Her voice is so full of experience and life lessons.”

Several years later, when Clayton’s team asked Martin if he had any songs for her album, he offered “Love Is a Mighty River,” inspired by his experience performing with the Soweto Gospel Choir. “When I heard her version, I thought, thank goodness she’s singing this and not me!” he said. “She did it way better.”

When Adler contacted Diane Warren to see if she might have a piece for the album, she hadn’t heard about the accident either. “But when Lou told me her incredible story, I thought of a song I had: ‘Beautiful Scars,’” Warren said. “It’s about someone who not only survives but thrives. That song was born for her to sing.”

Still, the piece that made the deepest impression on Clayton was Leon Russell’s “A Song for You,” a version of which she had cut back in 1971. For the new take, Adler elected to retain the sax solo from the original that had been performed by Clayton’s husband. Adler didn’t tell her that he added it before she listened to the playback. “When I heard it, I just lost it,” the singer said.

While recording the album, Clayton said she thought about the loss of her husband as often as she did about her accident and ongoing rehabilitation. “Of course, there were times my heart broke,” she said of the physical and psychological adjustments that she has made. “But I never said, ‘Why me?’ I never questioned God. I didn’t realize how strong I was until I went through my situation. But I had to go through all that to get to where am I now, which is living.”

Where ‘Euphoria’ Is Surprisingly Conservative

A New ‘WandaVision’ Toy May Spoil A Major Marvel Twist