Home » There He Is! Drake Brings Son Adonis on Stage at the BBMAs

If you’re reading this, he won. Drake became the third ever winner of the Artist of the Decade Award at the 2021 Billboard Music Awards on Sunday, May 23, during the L.A. broadcast from the Microsoft Theater.

See What the Stars Wore to the Billboard Music Awards

The Toronto native, 34, was honored for his Billboard chart dominance throughout the 2010s, joining past winners Mariah Carey (the 1990s) and Eminem (the 2000s).

“I’m really bad at taking compliments,” he began after a prerecorded video detailing his accomplishments aired. “I’ll take that one, though.” 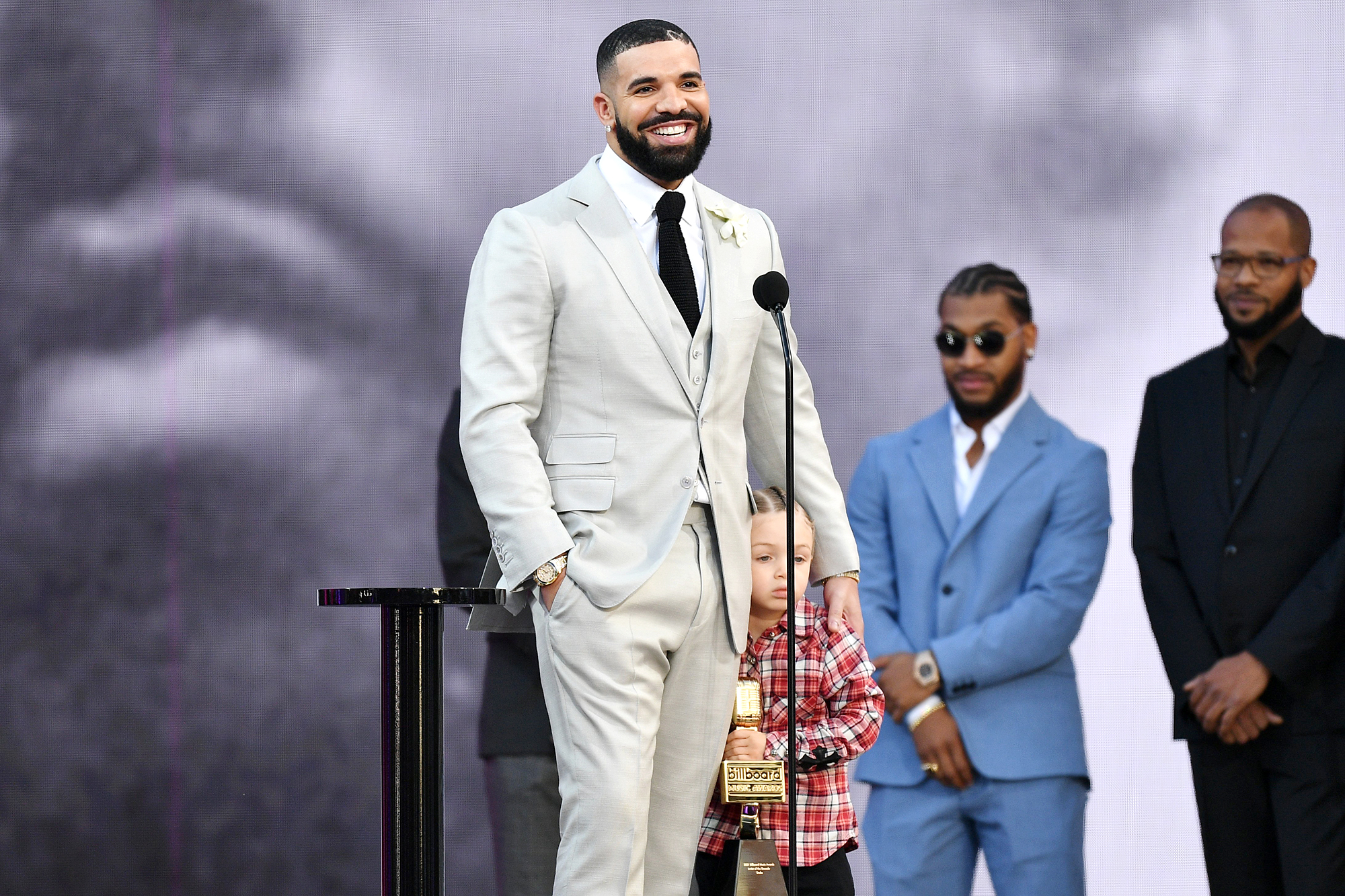 He continued by discussing his perfectionism, saying that he “rarely” celebrates anything because he worries how he “could have done it better.”

He went on to thank his colleagues and his family, including Adonis, who had started to get a little antsy.

He closed his speech by hugging Adonis, adding, “I want to dedicate this award to you.”

The prolific rapper has released five albums and four mixtapes since 2010. His 2011 album, Take Care, debuted at No. 1 on the Billboard 200. In 2018, his double album, Scorpion, became the first album to be streamed more than 1 billion times during its release week. It was also certified platinum the day it was released, and all 25 of its tracks charted on the Billboard Hot 100.

The “Passionfruit” singer first found out he would receive the Artist of the Decade Award earlier this month and reacted to the news via Instagram.

“Today was one of those days it doesn’t feel real,” he wrote on May 12. “Waking up to artist of the decade then having dinner with my idol @ronaldisley and listening to the stories behind every song that shaped my love for emotional music and created my formula for a lot of my writing … high on life right now my g’z.”

‘Degrassi: The Next Generation’ OGs: Where Are They Now?

Drake fans are eagerly awaiting his next album, Certified Lover Boy, tentatively due out sometime in 2021. Earlier this year, he released a teaser EP called Scary Hours 2, which featured guest appearances from Lil Baby and Rick Ross. The EP’s three tracks — “What’s Next,” “Wants and Needs” and “Lemon Pepper Freestyle” — debuted at Nos. 1, 2 and 3 on the Billboard Hot 100, receptively, making him the first artist in history to have three songs debut in the chart’s top three positions.

Singaporean to head The Olympic Museum in Switzerland

25 School Supplies Under $10 That Are Actually Worth The Money