There were many moments during Queen Elizabeth II’s State Funeral on Sept. 19 that stuck with people, from the family gathering in front of the church to the meaningful jewelry the British royal family wore to honor the late Queen. Everyone was shocked when they learned that Prince William and Kate Middleton were heavily considering bringing their two eldest children Prince George and Princess Charlotte, and even more surprised when they confirmed their attendance.

All eyes were on George and Charlotte as they made their way to and from the funeral, including when the Queen’s coffin was passing by them. One Twitter user named @RoyallyBelle_ uploaded a video of a moment where Charlotte mouthed to George that he needed to bow when the Queen passes by. She posted it with the caption, “Prince George and Princess Charlotte chatting to each other🥺.”

In the six-second video, we see George and Charlotte standing next to each other and in between their parents, Kate and William. Charlotte gets George’s attention by saying that when the Queen’s coffin passes by, he needs to bow (which he does!)

It’s clear Charlotte is becoming even more sassy and confident, unafraid to tell people to calm down or get it together — which reminds us a bunch of her grandmother Princess Diana. Every once in a while, we can see Diana’s strong spirit inside her granddaughter, and we have no doubt that’ll keep growing the older she gets.

For years, Inspector Ken Wharfe was one of Princess Diana’s closest confidants. The late Princess of Wales’ former bodyguard offers an intimate account of the famous royal’s life in Diana: A Closely Guarded Secret. The memoir offers new insight into what we thought we knew about Princess Diana, with unfiltered anecdotes and reflections on her life through Wharfe’s eyes.

Before you go, click here to see more photos of the British royal family at Queen Elizabeth II’s funeral. 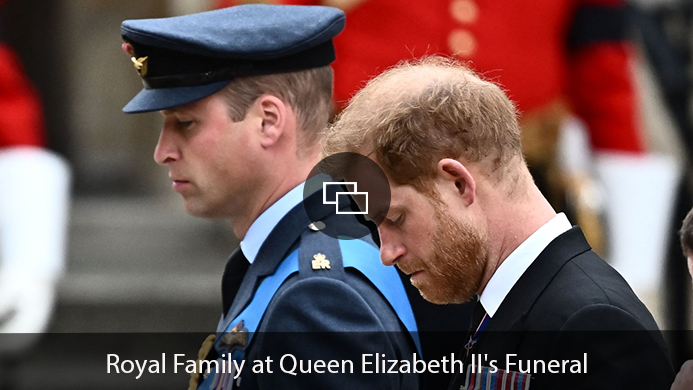 How to Start — and Cultivate — a Clothing Archive

Starbucks Is Now Facing a Supply Shortage, Some Drinks Unavailable