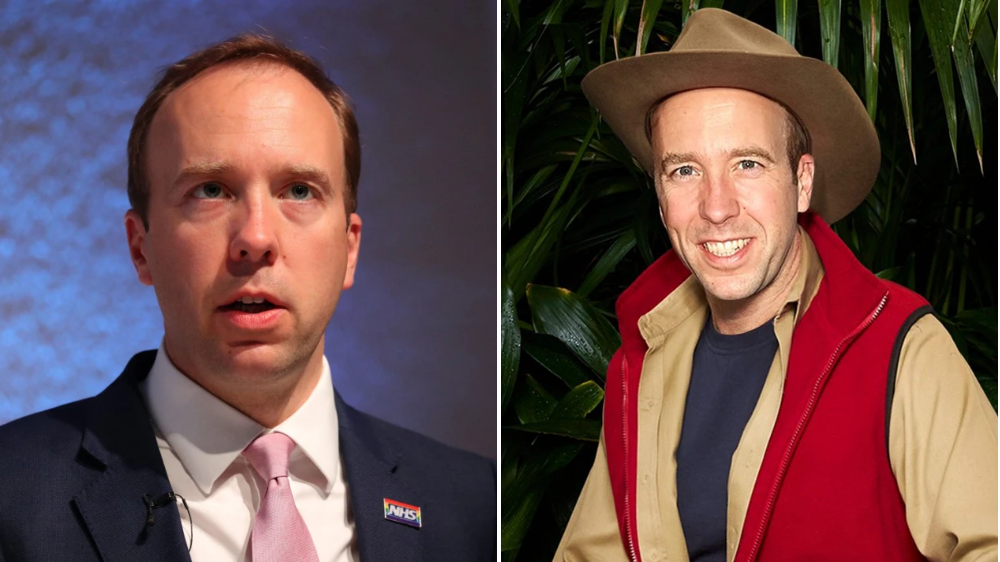 I’m A Celebrity…Get Me Out of Here! critics have launched a petition calling for Matt Hancock to be banned from the ITV programme.

The former health secretary was confirmed as a surprise addition to the line-up of the juggernaut series and has been seen touching down in Australia as he readys himself for the jungle.

The politician’s shock appearance has sparked widespread backlash, with Lorraine Kelly and Phillip Schofield among those mocking the decision, and resulted in his suspension from the Conservative Party.

Now, the group Covid-19 Bereaved Families for Justice has started a petition on 38 Degrees in a bid to get ITV to remove Hancock from the show.

Hancock was health secretary during the pandemic, before being forced to resign when he was caught breaking his own social distancing rules in a tryst with an aide.

Citing Hancock’s disastrous spell during the health crisis as the motivation behind the campaign, they said: ‘The fact that he is trying to cash in on his terrible legacy, rather than showing some humility or seeking to reflect on the appalling consequences of his time in Government says it all about the sort of his person he is.

‘Families were ripped apart by Matt Hancock’s actions, and turning on the TV to see him being paraded around as a joke is sickening.

‘If he had any respect for families who lost loved ones to Covid-19, he would be sharing his private emails with the Covid Inquiry, not eating bugs on TV.’

The 44-year-old has previously stood by the controversial choice to head to the jungle, claiming that he hadn’t ‘lost his marbles’ or had ‘one too many pina coldas.’

An ITV insider has warned Mr Hancock could be confronted by Charlene, whose great aunt died of Covid.

‘Matt should expect a grilling from Charlene,’ they told the MailOnline.

Metro.co.uk has reached out to reps for ITV and Hancock for comment.

I’m A Celebrity returns to ITV on Sunday at 9pm.

Santa Comes to the Rescue in 'Violent Night'

27 new podcast series that everybody is plugging into this year