Tom Cruise tore into members of the “Mission Impossible 7” crew for breaching COVID-19 safety protocols, according to an audio recording obtained by The Sun that has gone viral.

The star and producer of the action film launched into an expletive-filled rant and threatened to fire crew members who failed to follow the rules again. The incident took place after Cruise spotted two colleagues standing closely together at a computer screen, the British tabloid reported.

“They’re back there in Hollywood making movies right now because of us. Because they believe in us and what we’re doing,” Cruise shouts in the recording. “I’m on the phone with every fucking studio at night, insurance companies, producers and they’re looking at us and using us to make their movies. We are creating thousands of jobs, you motherfuckers. I don’t ever want to see it again. Ever!”

Sources close to the production confirmed the incident to Variety and Reuters. The Sun did not report when the tape was recorded, but filmmakers arrived in London in early December.

A representative for Cruise did not immediately respond to HuffPost’s request for comment.

Production for the movie in Venice, Italy was shut down in February due to the pandemic. It resumed in September, with shooting slated to take place in Italy, Norway and London.

The film faced delays in October when 12 people tested positive for COVID-19 on the set in Italy, Variety reported. 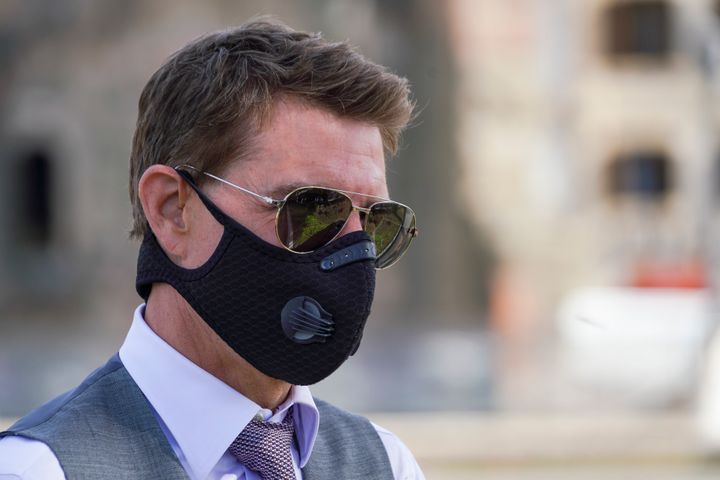 Other Hollywood productions have faced similar issues. In September, filming for “The Batman” in London was temporarily suspended after its star, Robert Pattison, tested positive for the virus. Nine cases were recorded among crew members for Ava DuVernay’s “Colin in Black & White” series during pre-production in Los Angeles this month. And the Lionsgate TV-produced “Mythic Quest: Raven’s Banquet” has had multiple outbreaks on its L.A. set.

A HuffPost Guide To Coronavirus

A 5-step guide to making money from YouTube video ads, with advice from top creators

A Changing Gut Microbiome May Predict How Well You Age