Another baby on the way? Ronnie Ortiz-Magro completely shocked his Jersey Shore family during a trip to a dude ranch, revealing that his on-off girlfriend, Jen Harley, could be pregnant for the second time.

“She’s late,” Ronnie, 33, tells the group in Us Weekly’s exclusive sneak peek of the Thursday, July 18, episode of Jersey Shore: Family Vacation. Jenni “JWoww” Farley, Vinny Guadagnino and Nicole “Snooki” Polizzi are completely shocked by his reveal — but he seems completely OK with the possibility. 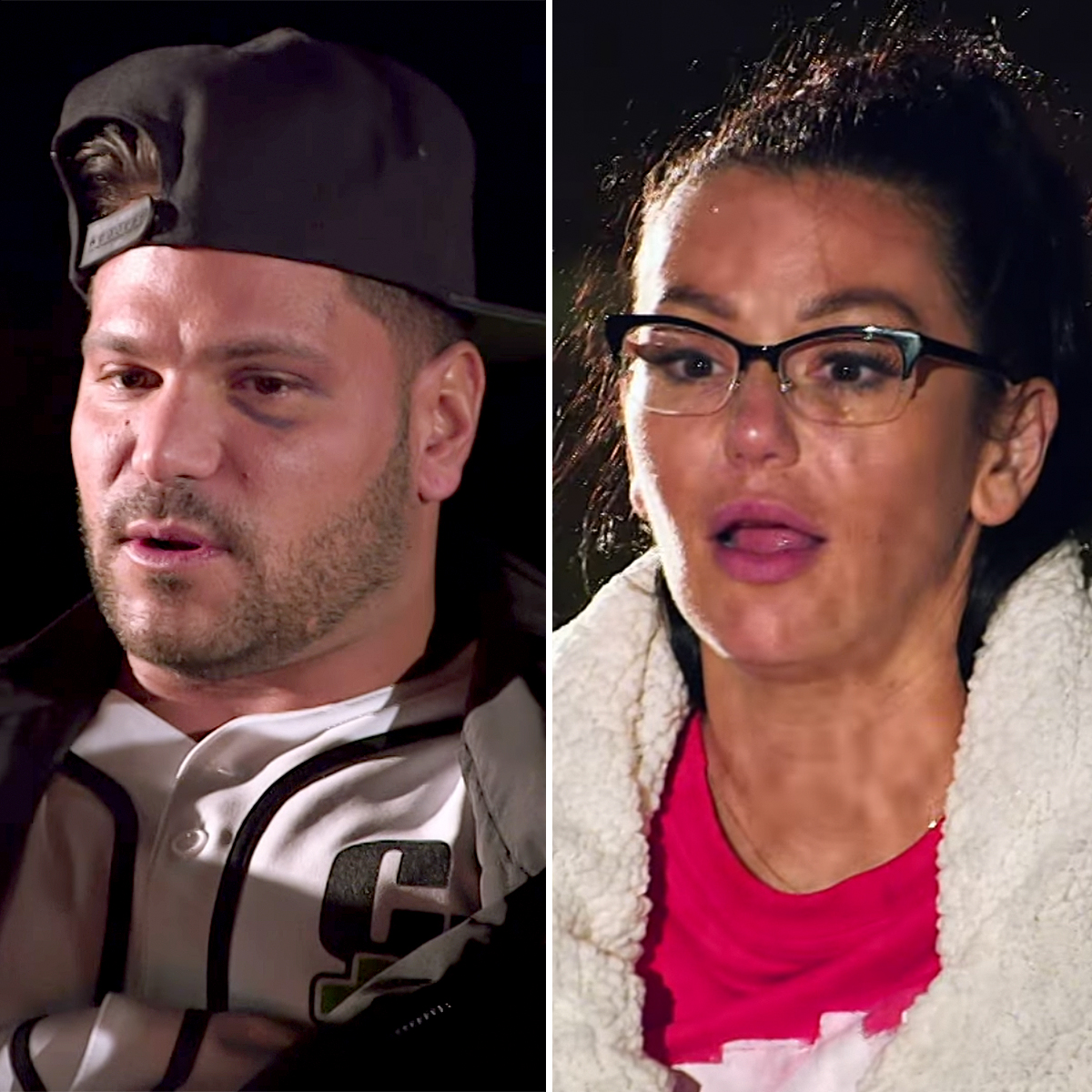 Snooki, on the other hand, seems a bit worried.

“It’s definitely crazy to think Jen’s pregnant again, because we just never know where they are in their relationship — if they’re happy or if they’re fighting in the public or if she’s dragging him in a car,” the mother of three, 31, says in her confessional interview. “I mean, I just want them to be good before they bring another baby into the world.”

Ronnie and Jen, 31, welcomed daughter Ariana Sky in April 2018 but have had a tumultuous relationship ever since, including abuse allegations and cheating claims. However, he told Us ahead of the Family Vacation season 3 premiere that the duo were in a good place. “I started just focusing on myself and stopped worrying about what other people wanted from me, and what I want for myself. So right now, things are good,” he said at the time.

During the two-minute clip, the Bronx native tells the group, “I love being a father. … I did it once. The second time would be the same thing, if not better.”

JWoww, however, isn’t amused by the news. “I feel like they need five years of therapy before they have another child,” she says in her interview. “Apparently they’re fine, as he’s sitting there with another f—king black eye.”

Pregnant Katy Perry Gets Candid About ‘Waves of Depression’