Home » Entertainment » What’s on TV Friday: ‘The Boys’ and ‘Dumbo’

THE BOYS Stream on Amazon. A trailer for this streaming series adaptation of comic books by Garth Ennis and Darick Robertson features eye gouging, machine guns, lots of swearing and what appears to be a baby that fires lasers from its face. And that trailer is only about two minutes long. The thrust of the series — whose showrunner is the “Supernatural” creator Eric Kripke — is something like a dirty, topsy-turvy take on “The Avengers,” set in a world where badly behaving celebrity superheroes abuse their powers. Karl Urban plays Billy Butcher, the leader of a squad assembled to keep the superheroes’ misbehavior in check. That turns out to be a bit like employing hyenas to babysit coyotes.

PASSING: A FAMILY IN BLACK AND WHITE Stream on Topic. The comedian Robin Cloud hosts this series of documentary shorts. In the beginning, Cloud announces her intent to reconnect with relatives whose parents cut ties with the family, relocating from Harlem to the Midwest and trying, in their new life, to pass for white. When a reunion does happen, it brings with it conversations that touch on complicated questions about identity. 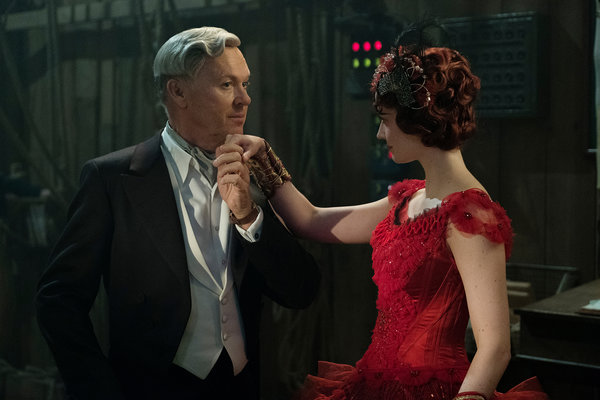 DUMBO (2019) Amazon, Google Play, iTunes, Vudu and YouTube. We’ve already gotten two more big Disney family movie reboots since this story of an outcast elephant was reimagined by Tim Burton (and mounds of computer processing power) earlier this year. Those who haven’t kept up can rent it to see a struggling circus owner played by Danny DeVito get swindled by a no-good entrepreneur (Michael Keaton) with a truly villainous haircut. The bad guy gets his comeuppance thanks in part to an honest elephant handler played by Colin Farrell. “Ho-hum until it takes a turn toward the fascinatingly weird, the movie is a welcome declaration of artistic independence for Burton, who often strains against aesthetic and industrial restrictions,” Manohla Dargis wrote in her review for The New York Times. “Watching him cut loose (more recklessly than his flying baby elephant) is by far the most unexpected pleasure of this movie, which dusts off the 1941 animated charmer with exhilaratingly demented spirit.”

SUGAR RUSH Stream on Netflix. For a streamable baking competition with less politeness than the Great British Baking Show but just as much sugar, see this series, which pits teams against each other in baking battles. The second season debuts Friday.

MACHETE (2010) 8:15 p.m. on HBO. Born from a spoof trailer seen in Quentin Tarantino and Robert Rodriguez’s “Grindhouse,” this gory, starry romp with B movie aspirations centers on a drug cartel enforcer played by Danny Trejo. The cast includes Steven Seagal as a villainous drug kingpin, Robert De Niro as a Texas State Senator, Jessica Alba as a double-crossing immigration officer and Michelle Rodriguez as a heroic taco stand operator. It’s the type of tongue-in-cheek movie where you fear that someone’s tongue may actually get carved out through their cheek.

Woodstock 1969 Headliners: Where Are They Now?