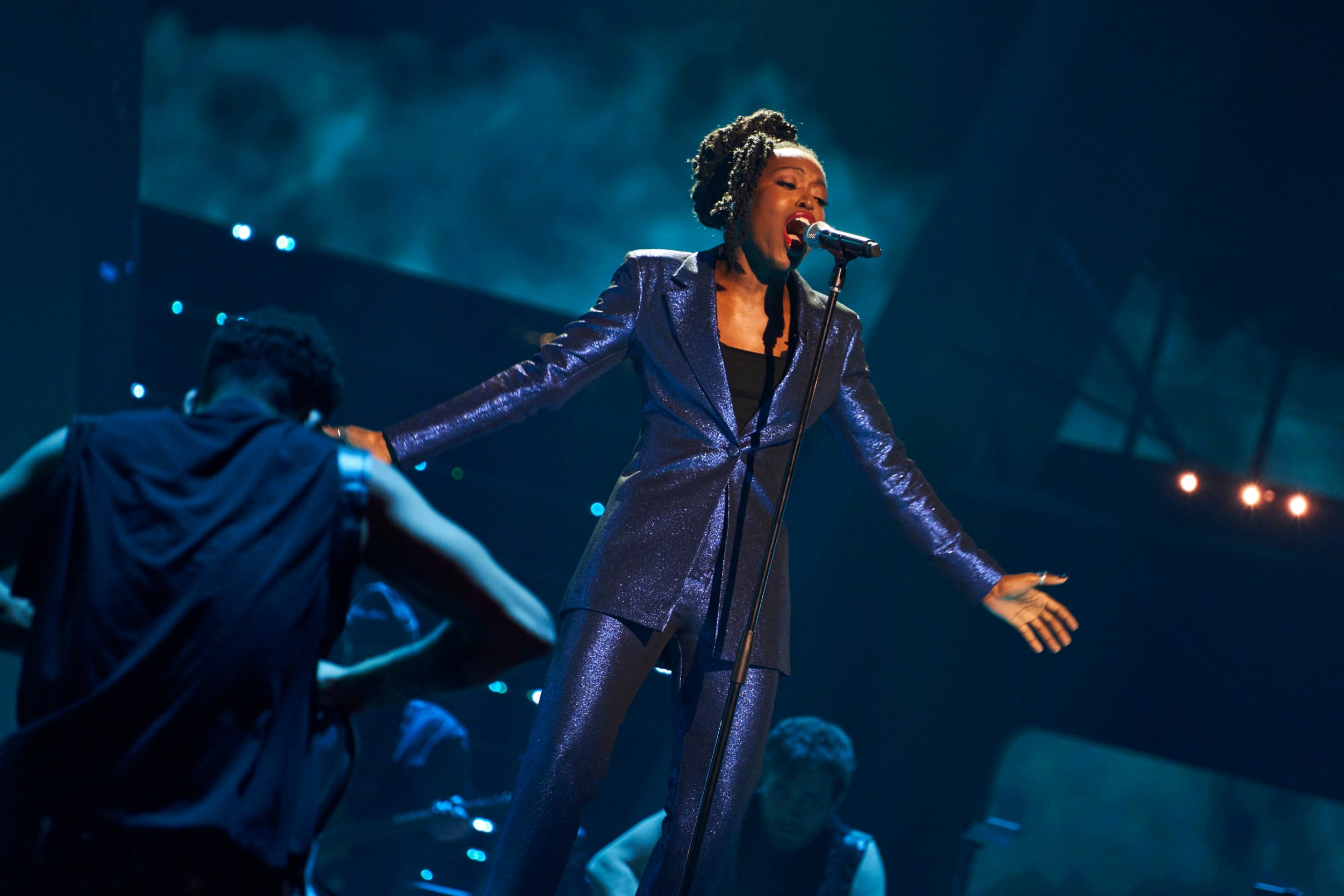 Anthonia Edwards has been announced the winner of The Voice UK.

However she proved herself again and again throughout the finale, starting with a jaw-dropping cover of Billie Eilish’s When The Party’s Over, which left more than a few in the audience emotional.

Anthonia, from Blakheath in London, went on to reach the final two against Olly’s star David, but became the audience’s winner with her stunning performance of Justin Bieber track Anyone.

Reacting with tears in her eyes as she was revealed as the winner, she said: ‘This has been one of the best journeys ever to be on. I’ve become the person I’ve always wanted to be.

‘Working hard, sharing messages through song. The fact it connected with you all is just my dream. Sir Tom… the coolest guy! The coolest! Thank you, and my family.’

Speaking after her win, she said: ‘Winning The Voice was unexpected, but really welcome at this stage in my life.

‘Given that I’m a registered nurse, but I get to explore this side of myself right now, it’s really cool and I’m super grateful for the opportunity. I’m looking forward to the journey that lies ahead.’

She had previously been visibly moved when Sir Tom heaped praise on her after her first song, going as far as to declare: ‘I’ve sang with a lot of female singers myself throughout the years and honestly I’ve never heard anybody better than you.’

He added: ‘Anthonia, you have an incredible voice. You’re a natural singer, you have a natural ability, a God-given gift is what you have.’

The pair later dueted together for an absolutely stunning rendition of It’s A Man’s World by James Brown, which helped further cement her path to victory.

Twitter users were absolutely blown away by the pair’s duet, with many taking to the social media site to heap praise on both Anthonia and the music icon, who has absolutely ‘still got it’.

‘Watching Tom Jones do what he does best is a thing of beauty & that is simple reason he is still in music industry 50 yrs on,’ another agreed, while one said it was a ‘privilege’ to watch the duet.

And, as another put it, ‘That is why Sir Tom Jones has been selling records and shows for 50 years. Legend and real talent.’

‘When I first heard her at the blinds, I knew she had something really special; having the opportunity to work with her this series has been nothing but joy from beginning to end,’ he said.

‘She deserves much respect for both her abilities and work ethic, so I’m excited for her future. If she ever needs advice or even a chat, I’m here to help, if I can.’

Reflecting before the finale, Anthonia said: ‘The semi-final was a day that I will never forget.’

Paying tribute to her mum and sister, Anthonia said they ‘always believed’ in her, ‘even when I didn’t believe in myself.’

‘I want to go out there and make them absolutely proud.’

Last year’s winner, Scottish musician Craig Eddie, with his single Come Waste My Time shooting up the iTunes chart after his victoria in March 2021.

Bombshells and Cringe Jokes on a Huge Day of Testimony

The Hardest Part of Home Schooling Was the Guilt

15 Romantic Movies on Netflix to Watch Once You've Seen After