The show must go on! Maren Morris and Gabby Barrett announced they won’t perform at the 2021 CMT Awards on Wednesday, June 9 — and both country stars have their reasons.

CMT Music Awards 2021: Everything We Know About the Show

Morris, 31, attributed her decision to a scheduling conflict, while Barrett, 21, cited “personal circumstances” as her reason for not taking the stage. 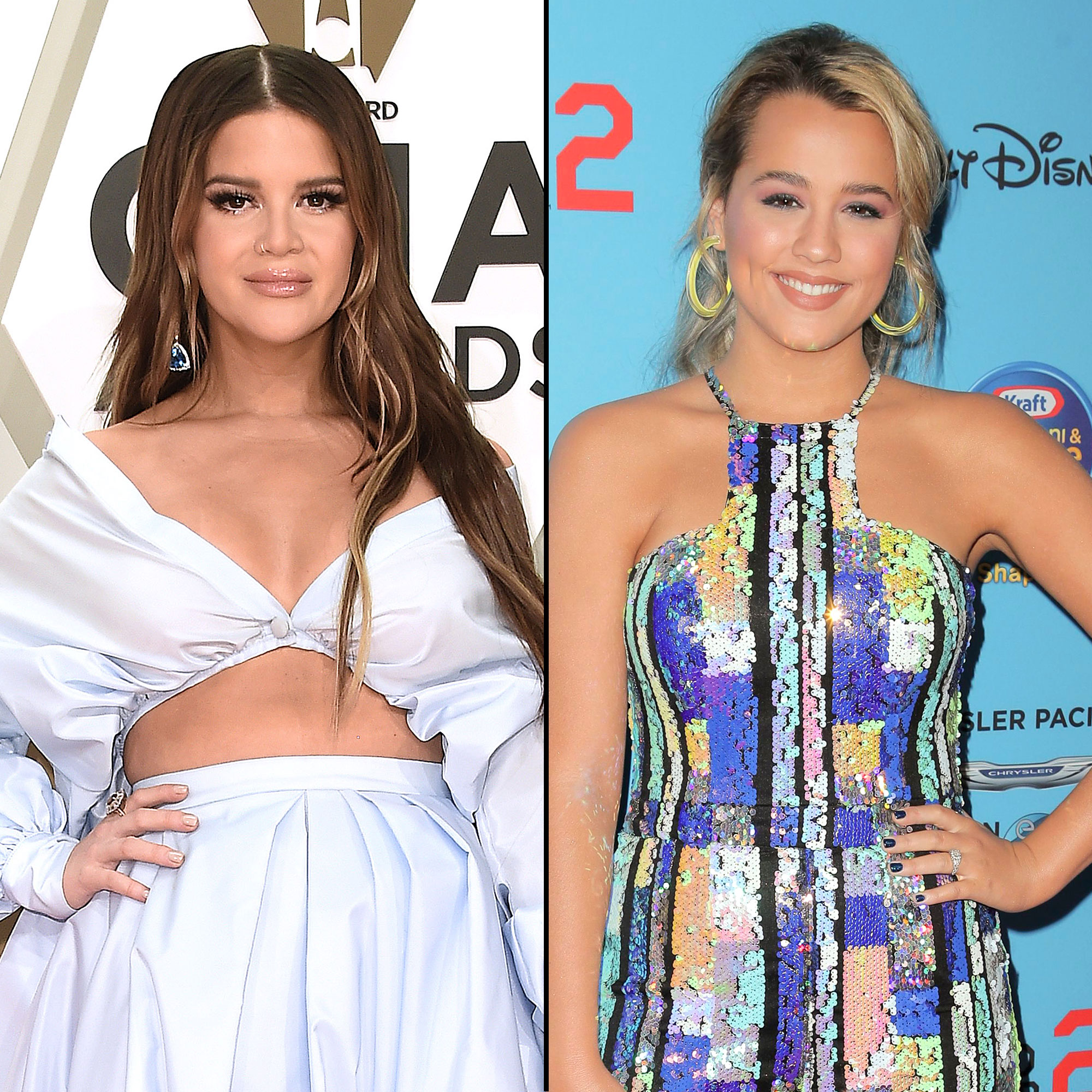 “Due to a scheduling conflict, I will not be performing at the CMT Music Awards on Wednesday,” the “Bones” singer wrote via her Instagram Stories on Tuesday, June 8.

Though she was scheduled to perform her song “Line by Line” with J.P. Saxe, Ingrid Andress will now take over the Texas native’s verses.

“I know @jpsaxe will slay it and I am so excited for his album to come out soon!” Morris added.

Barrett, for her part, was supposed to perform with Lady A and Carly Pearce. Instead, Lindsey Ell will appear.

“I’m really sad to share that because of personal circumstances I won’t be able to perform with @ladya and @carlypearce on Wednesday at the @cmt Music Awards!” the “Good Ones” singer wrote via Instagram on Monday, June 7, alongside a throwback photo from last year’s awards show. “I’ll be rooting for you guys and all of the incredibly talented nominees and performers! ❣️So appreciate all of your support and will see yall on the road this summer :)” 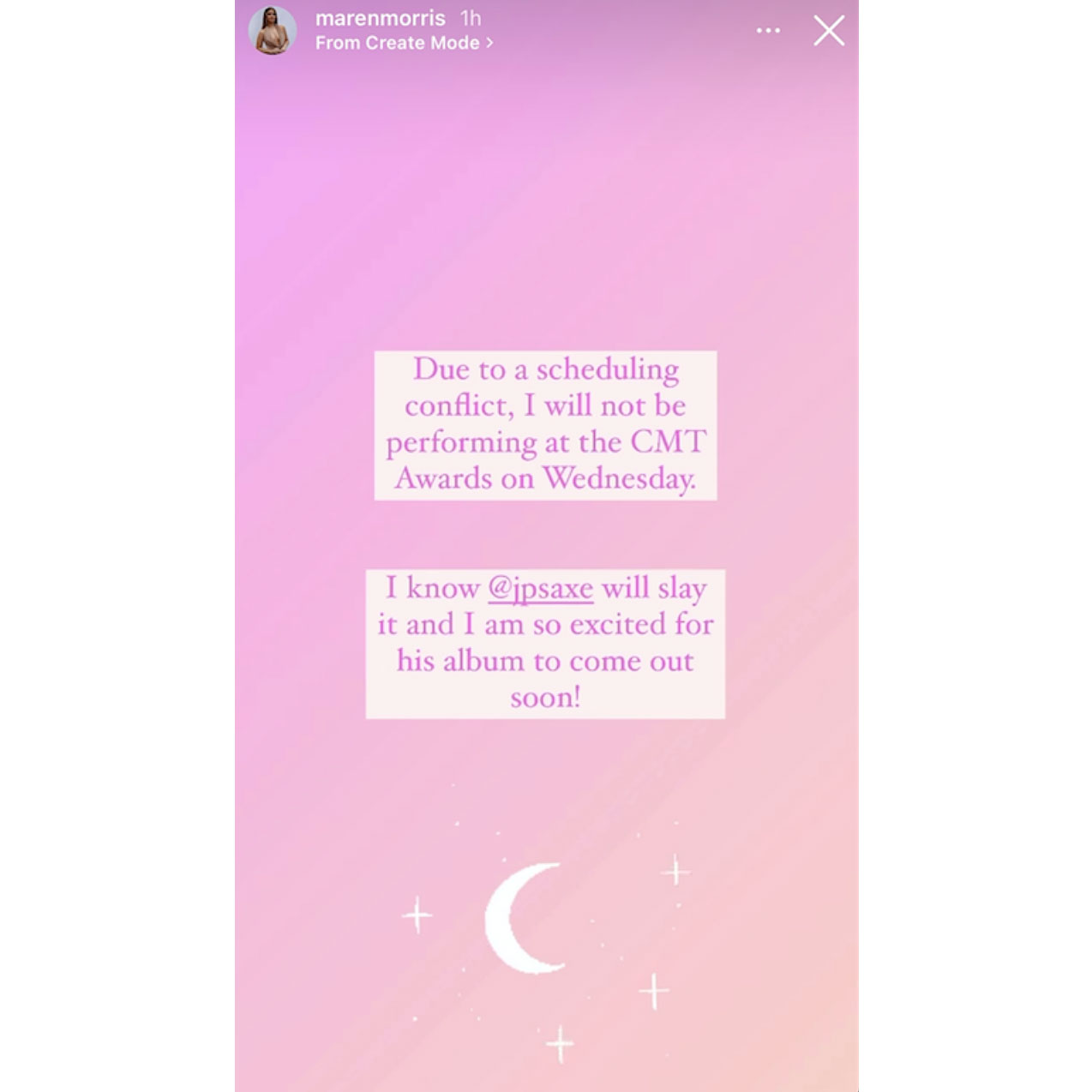 The American Idol alum is certainly busy. She and her husband, Cade Foehner, welcomed their first child together, daughter Baylah May, in January.

Morris is also a new mother. She and her husband, Ryan Hurd, welcomed their son, Hayes, in March 2020.

Earlier this year, the couple shared the stage at the 2021 ACM Awards, where they performed a romantic duet to their song “Chasing After You.”

“I’m so excited [to perform with Ryan] because typically I’m trying to find him in the crowd … just so I have someone to make eye contact with,” Morris told Entertainment Tonight before the April show. “Now it’s super easy to find him because he’s on stage with me.”

Trump Was Asked About Sarah Cooper’s Famous Impersonations Of Him

Dwyane Wade Photobombs Proposal And His Expression Is All Heart

I'm Going to Have The Politician's Theme Song Stuck in My Head For Weeks, Huh?