A NUMBER of big changes for drivers will be coming into force from next month as the new tax year begins.

From a rise in car tax to a clampdown on pollution, drivers should be aware of a number of new measures – some of which could hit your bank balance. 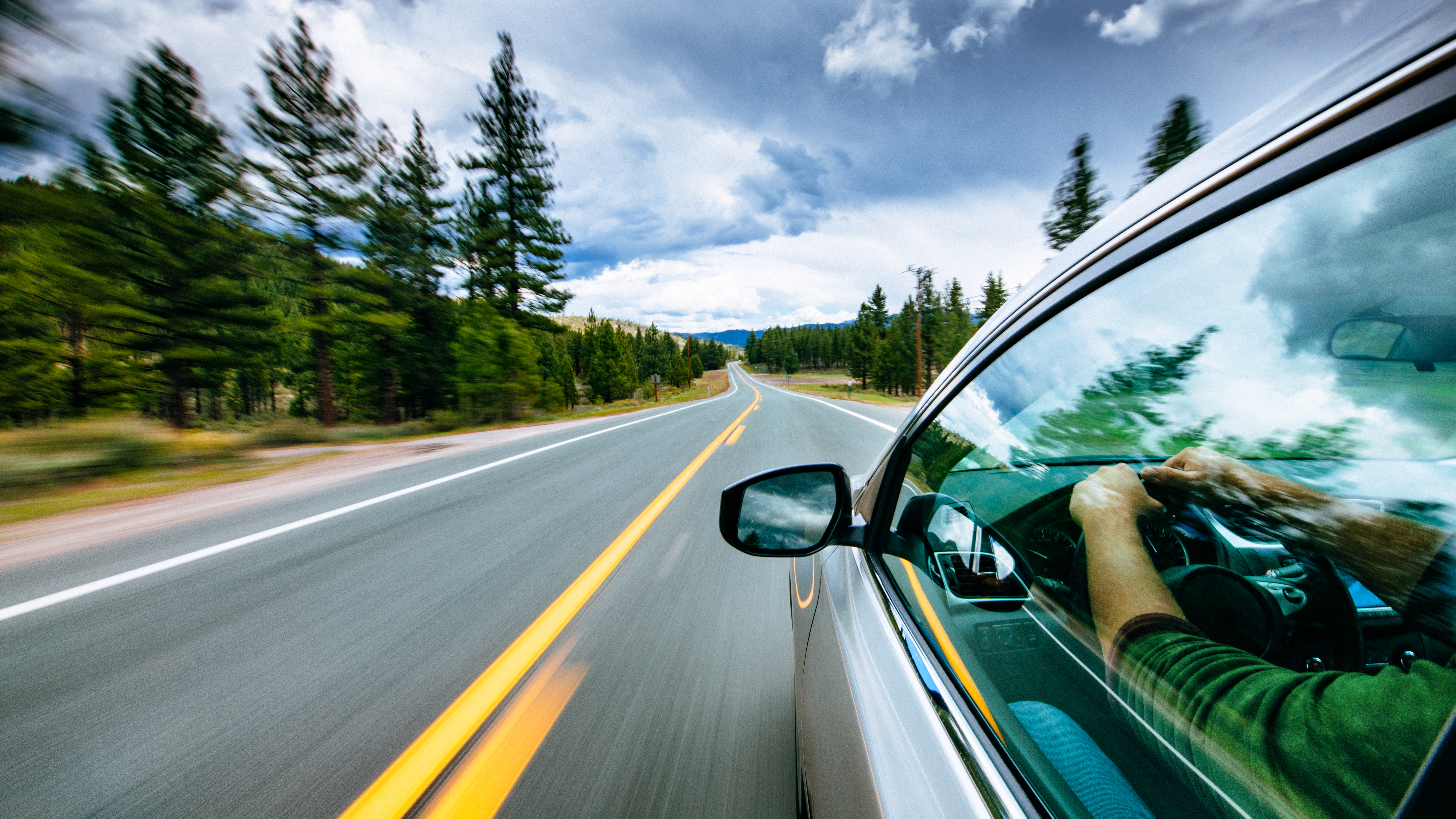 Here are nine things for drivers to look out for from next month:

It normally increases each year with inflation, and this year is no different.

What you pay depends on how much CO2 your car pumps out.

If your car was registered on or after April 1 2017, you will have to pay the following for the first 12 months:

There are 13 pay brackets in total, and the highest you’ll be paying is £2,245 if your vehicle emits over 255g per kilometre of CO2, marking an increase of £70 since last year.

You can check out the full list in the table below. 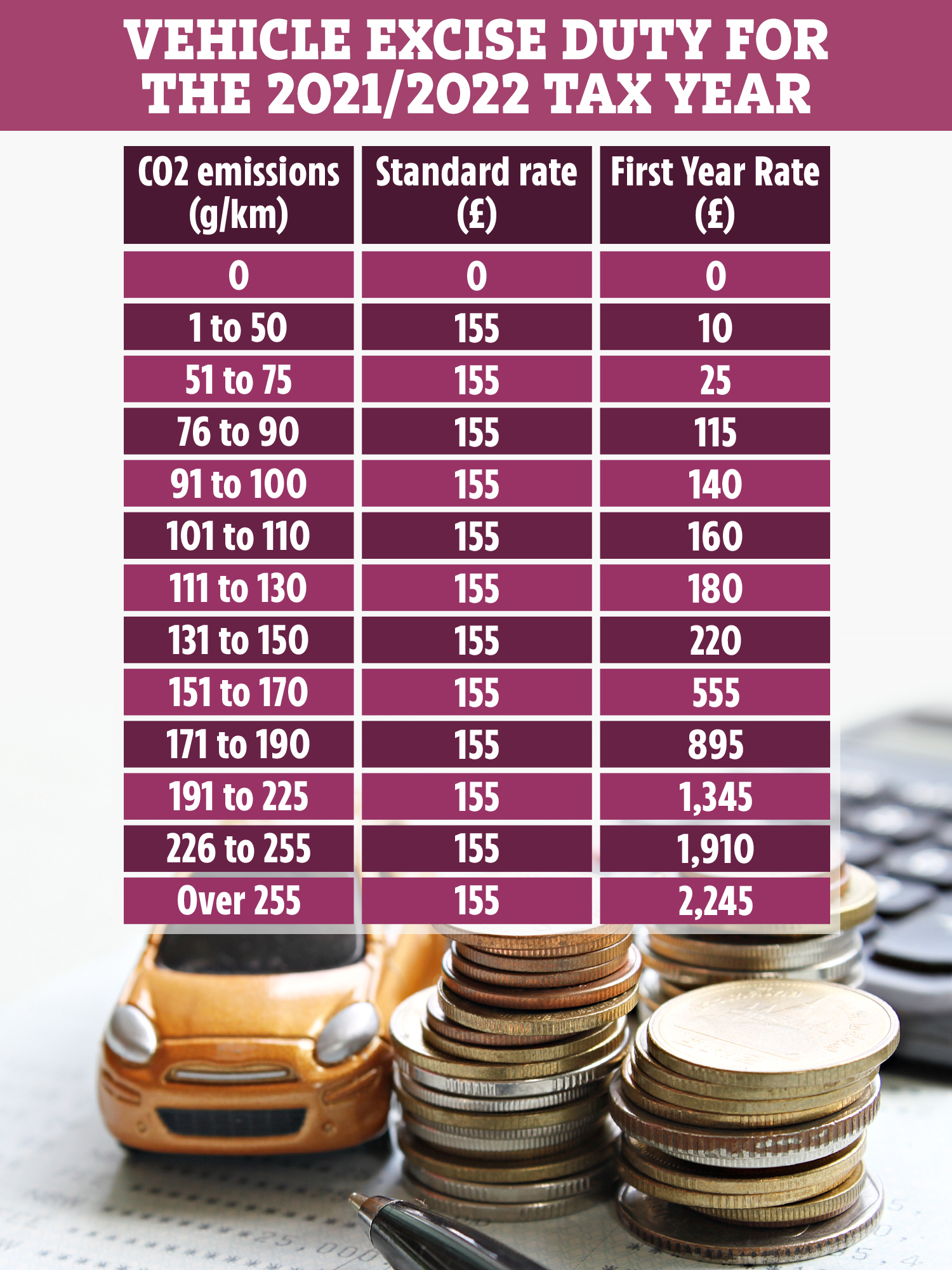 You can find out exactly how much you’ll be paying by using the gov.uk’s vehicle tax rates calculator.

In a bid to make British streets more eco-friendly, a new purchase tax has been proposed by the UK Energy Research Centre (UKERC) aimed at petrol and diesel car owners.

The purpose of the tax is to make environmentally-friendly vehicles more affordable.

Cars that emit more than 225g of CO2 per kilometre will be required to pay a 50% purchase tax from this year. This will increase in instalments.

The changes haven’t been confirmed and no details were released in this year’s Budget, but more information is expected later this year.

This year, a number of cities will start to charge drivers commuting around the area in a bid to decrease the number of journeys made to lower pollution levels.

Motorists in several outer London boroughs, Bath and Birmingham face an extra daily charge of between £8 and £100.

Birmingham's scheme will charge drivers of the most polluting cars up to £8 per day, and £50 for HGVs (trucks and lorries), coaches and buses.

In Bath it will be £9 a day for non-compliant vans, taxis, private hire vehicles and minibuses, and £100 for larger vehicles – but there will be no charge for cars and motorbikes.

This year, you’ll be billed for driving in more areas in the city.

Currently, you have to pay £12.50 every day in London’s Ultra Low Emission Zone (ULEZ).

From October this year, the ULEZ will expand from central London to cover up to the North Circular Road and the South Circular Road (although these roads aren’t included in the zone).

If you’re learning to drive, you could get back behind the wheel again on April 12.

Millions of Brits had to put plans to learn how to drive on ice under the third national lockdown.

But the PM’s roadmap out of lockdown blueprint could see budding drivers take up lessons again next month – and this applies to those wanting to take theory tests too.

If you want to take a practical car driving test, you’ll have to wait a little longer.

These tests are earmarked to resume on April 22 at the earliest.

This year will see strict new rules coming into place regarding mobile phones being used while driving.

Drivers will face fines of £200 and six penalty points on their licence for holding their mobile phone while driving – for any reason.

The new complete ban closes a loophole which allowed drivers to take photos or videos while driving without being penalised.

Cars could come with new technology that helps them drive automatically – by detecting lane markings – from spring this year.

Some vehicles can already detect lanes, but the Automated Lane Keeping System (ALKS) Regulation that was endorsed by the government in 2020 would allow cars to take over control from the driver.

Ways to cut down on your fuel costs

HERE are some tips on how you can slash the cost of fuel.

When activated, ALKS keeps a vehicle within its lane and controls its movements for extended periods of time, without the driver ever needing to do anything.

But unlike driverless cars, the driver must be ready and able to resume control when prompted by the vehicle.

Last year the government looked at whether it would be safe to use the technology on cars driving at speeds of 70mph.

Benefit in Kind rates may be reintroduced this year after they were scrapped in 2020.

Starting from April, drivers might need to pay up to £390 per year to use their vehicles.

Fuel duty once again will be frozen for the new tax year, keeping at the same rate for the tenth year in a row.

Fuel duty is a tax on fuel and currently stands – and will stay – at 57.95p per litre of petrol, diesel, biodiesel and bioethanol.

Rishi Sunak faced calls in the run-up to the Budget to freeze or cut the hated tax.

An RAC poll showed nearly two thirds of drivers wanted the Chancellor to freeze or get rid of it, which would give a boost to those who have no choice but to drive and give a shot in the arm to the economy.

Ministers are currently considering whether to extend London’s ban on parking on pavements to the rest of the UK.

This could mean rule-breakers face £70 fines.

It is not known when, or if, the rules will come into place, but last month a spokesperson for the DfT confirmed to The Sun Online that this is expected to be announced very soon.

Looking to save money on your car insurance? Martin Lewis has explained how to knock hundreds of pounds off your bill.

You could also save on your car insurance through other ways too, such as applying for a refund due to coronavirus.

It comes after thousands of AA customers overcharged for breakdown cover.