Home » Lifestyle » A 12-year-old was killed by an exploding grenade likely purchased at an antique mall — and there could be more, ATF says

A 12-year-old was killed in December by an exploding grenade believed by investigators to have been purchased from a seller at an antique mall over the summer, according to federal officials. They also said information that was provided to them “indicates” that more grenades may have been sold from the same vendor to other customers at that time.

The child from Virginia was killed on December 23 by the grenade that investigators think was bought from the Fancy Flea Antique Mall in Shallotte, North Carolina, in June, according to the Bureau of Alcohol, Tobacco, Firearms and Explosives (ATF). They said the victim was a teenager, but a ATF representative confirmed to CBS News that the victim was age 12.

The release said that law enforcement is “concerned” additional grenades possibly bought from the seller at the antique mall in June “may contain live explosives and could be hazardous to the public.”

“Vendors are still trying to recall transactions that happened during the summer season and an exact number [of potentially live grenades that may have been sold] is not known,” a representative from the ATF told CBS News. “We know of the grenade that resulted in the fatal explosion and a similar style grenade that was sold around the same time that has yet to be accounted for.”

The grenades were believed to be “inert” MK2 grenades, a style used during World War II, according to the release. “At the time of sale, neither the vendor nor buyer(s) believed the grenades to be functioning or hazardous,” ATF said. 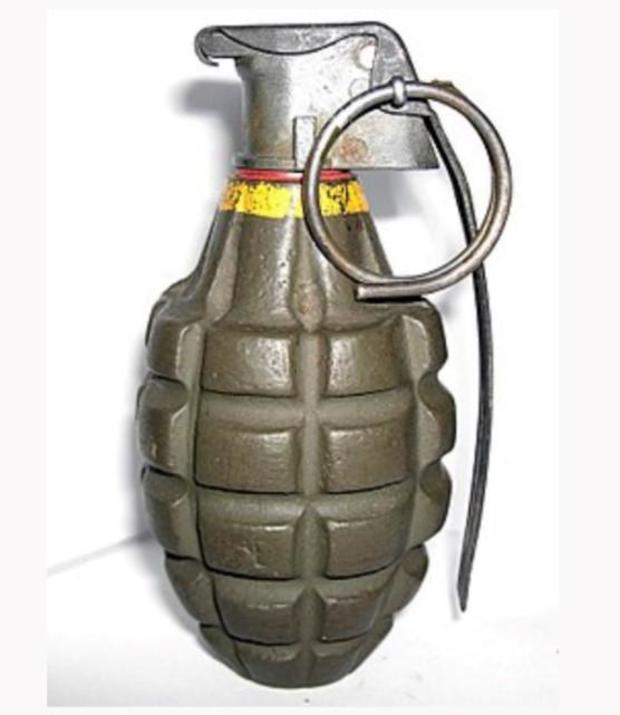 ATF said that it is seeking the public’s assistance in recovering the potentially live devices, asking anyone who visited the area and bought an “inert” grenade from the antique mall in June to contact them.

“The public should not be attempting to make any determinations on any suspect or questionable devices,” an ATF representative told CBS News. He added that those concerned could also contact their local law enforcement agency.

‘My cancer diagnosis saved my mum and sister’s lives’