Tick Tick… BOOM! is just the beginning in the actor’s journey to remind audiences that every day matters. 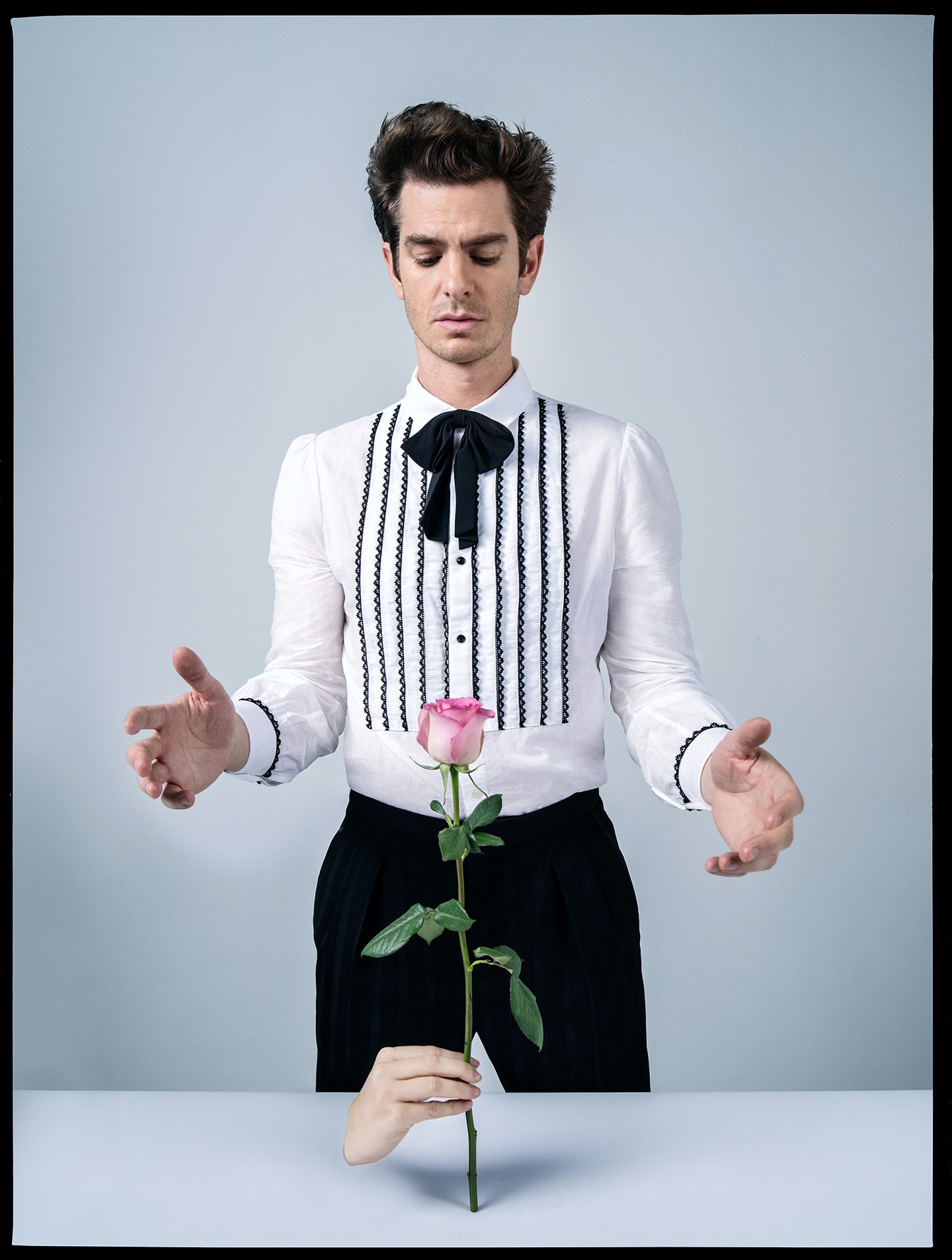 A lot of preparation had to be done before Andrew Garfield could take on the role of Jonathan Larson in Tick Tick… BOOM! For one, he had to slip out of his thick Jim Bakker accent from filming The Eyes of Tammy Faye and into the bare-bones bohemian style of the late composer. The British-American actor also had to contend with the passing of his mother, who succumbed to cancer in late 2019. And, he had to learn how to sing. Though Tick Tick… BOOM!’s director, Lin-Manuel Miranda, locked in on Garfield for the part of Larson after seeing him in the 2017 revival of Angels in America, Garfield had never sung a tune outside of his shower or the karaoke bar. For W’s annual Best Performances issue, Garfield explains how he entered Larson’s world, learned to sing “to the back of the galaxy,” and came to love Stephen Sondheim.

Did you ever see Rent?

I never saw it onstage. I did a little pilgrimage to the [New York Public Library for the Performing Arts], and I pulled out all of the Jonathan Larson footage and files they would let me have. Of course, one of the things was the grainy VHS copy of the off-Broadway production of Rent. I went down and just had a Jonathan Larson-athon in the middle of those libraries, and it was just a sacred ritual.

What was it like when Lin-Manuel Miranda asked you to join the project?

I didn’t even know what he wanted me to do, and it was a yes, because it’s Lin. Then, he introduced me to Tick Tick… BOOM! and Jonathan Larson in a very deep way. It was like I was being reunited with a long-lost brother that I didn’t know I had. That was the sense of kindred spirit feeling I had about me and Jon. This real connection, like an older brother that I wanted to live up to.

Did you find it liberating to sing?

Eventually. I had never sung before, so I needed to get my voice to the place where I could confidently and passionately sing to the back of the galaxy like [Jonathan] did. Reach the far reaches of the corners of the universe, which was what he was trying to do. Spread all of this love and joy to remind us that life has meaning if we just remember that it’s temporary and ephemeral.

I fell deeply in love with Stephen Sondheim’s work. Sondheim was a mentor to Jonathan. And I think Jon got Sondheim stoned for the first time in his life! He gave Sondheim his first joint at a party, which is hilarious.

Do you now sing in the shower?

I’ve always sung in the shower—that was the extent of my singing. Or performing “Miami,” by Will Smith, on karaoke. That was my go-to karaoke song, which is not particularly a song to be sung rather than rapped, but it’s such an incredible song.

Who recently made you starstruck?

Javier Bardem. The power of that man. The beauty of that man, the humility. All the mystery he brought to Dune, and the gravitas. He’s someone I really just want to watch all the time. He’s a rare talent. When I met him, he was so warm. We had a big, beautiful hug.

How mum-of-three gets restaurant roast dinners worth £12 for just £3.29 using revolutionary new app

Dreaming of early retirement? The Fire movement could be the answer