Although Tory chiefs have distanced themselves from party donor Maurizio Bragagni after he made a wild outburst against ‘foreign Muslims’, he remains a Government adviser.

It is, of course, the Italian-born British citizen’s talent – and not his £600,000 donations – that got him exclusive access to the heart of Westminster.

In March, for example, the owner of a cable manufacturing company visited Parliament on a busy day, took tea with the Commons Speaker and had an audience with the Prime Minister. Boris Johnson’s taxpayer-funded photographer captured the scene, but the special moment was not made public by No 10 on its official Flickr account.

Bragagni’s political schmoozing is intimately connected to his role as consul of the Republic of San Marino – a city state and tax haven within Italy – that has proved attractive to top Tories. 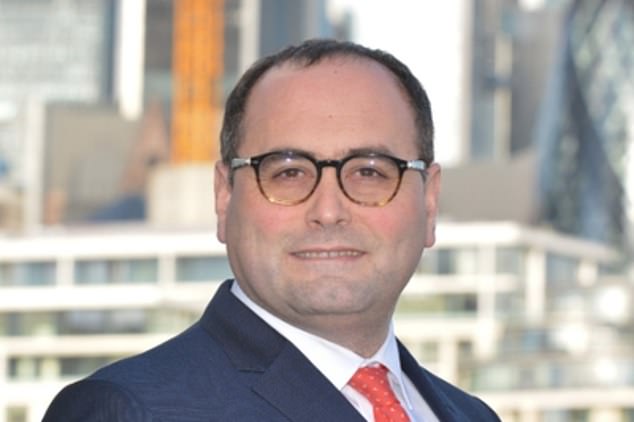 Although Tory chiefs have distanced themselves from party donor Maurizio Bragagni after he made a wild outburst against ‘foreign Muslims’, he remains a Government adviser

Theresa May went on a £7,611 freebie there to accept an ‘Order of Saint Agatha: Grand Cross’ from Bragagni. Jeremy Hunt accepted the same bauble – along with unrelated donations from the businessman. No doubt Hunt, as he jockeys to succeed Mr Johnson, will soon be condemning Bragagni’s disgraceful anti-Muslim musing that immigration has reduced London to a city ‘worse than any African metropolis’.

And what about that other wannabe PM, Liz Truss, who ‘hand-picked’ the donor to join a trade advisory group? Will she react as quickly as she did last week when pushing Helena Morrissey out of her Foreign Office role for criticising the PM? Last night, the Department for International Trade told me ‘we do not condone’ Bragagni’s comments – but refused to sack him as an adviser.

Following the furore over Bragagni’s comments on an Italian website, he apologised that the English translation ‘caused unnecessary controversy’. That’s Tory donorspeak for ‘Sorry, not sorry’.

As for Andrew Rosindell, the Tory MP who chairs the All-Party Parliamentary Group on San Marino, he was unusually nowhere to be found in Parliament.

The mood inside the Tory party after last Monday’s confidence vote in the PM was likened by one backbencher (who reluctantly voted for Boris) to that surrounding the American cult leader David Koresh. An unnerving comparison, considering Koresh was a delusional maniac with apocalyptic tendencies who led his followers into the fire that ended with the Waco Massacre in 1993, killing 76. ‘This is what it feels like we are doing,’ the MP told me. Dear Lord.

It’s a knock-down for Labour MP Chris Evans, who has quit as chair of the Boxing All-Party Parliamentary Group as the Standards Commissioner found it had broken the rules.

As I previously revealed, Evans hired his business partner Murray Stewart to run the group’s secretariat.

Commissioner Kathryn Stone started investigating when Stewart refused to disclose his lobbying firm’s clients to blogger Dr Alex May as required by APPG rules. Stone gave ‘serious consideration’ to escalating the matter, before Evans apologised, threw in the towel and disbanded the group.

But Stewart moaned in his interview with the Commissioner that my questions over the APPG’s rule-breaking had caused him ‘considerable distress and upset’ – sign perhaps that the once heavyweight spinner who worked for Tony Blair and Labour’s Rapid Rebuttal Unit is now a lightweight.