Ariana Grande made her first appearance as a wedded woman Thursday night at the iHeart Music Awards.

The 27-year-old, who married boyfriend Dalton Gomez in an intimate wedding ceremony at her Montecito, Calif. home mid-May, showcased her new bling during a performance with The Weeknd. 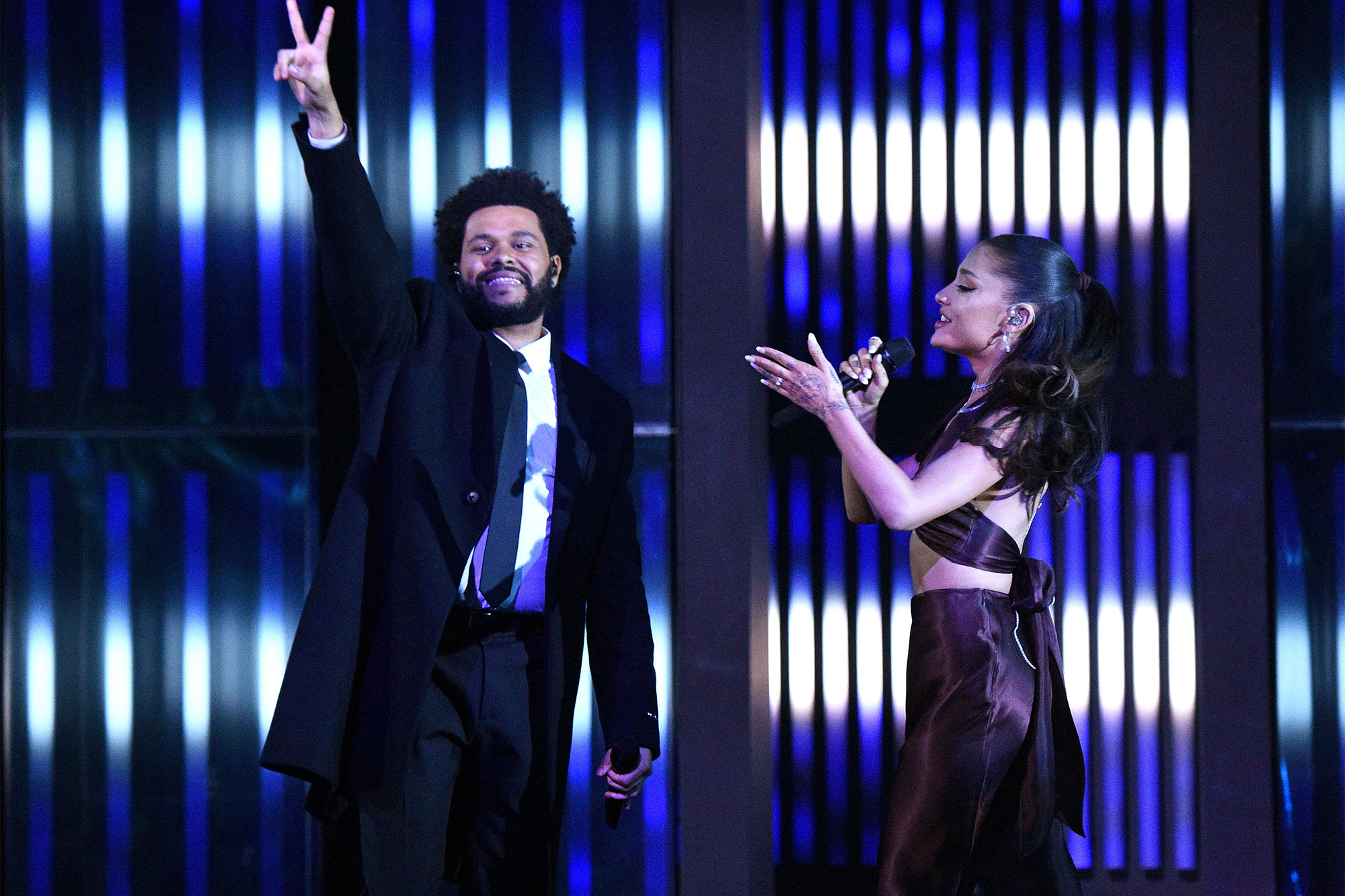 The pair performed the remixed version of “Save Your Tears” — which features Grande’s vocals — off The Weeknd’s 2020 album “After Hours” to open the show. The singer’s sky-high “whistle register” notes during the performance quickly had Twitter buzzing following the song.

Eagle-eyed viewers, however, could catch glimpses of Grande’s wedding band from Gomez, which was making its public debut Thursday as well.

According to E! News, Gomez tapped Solow & Co jewelers for a “beautiful, tasteful platinum and diamond pavé band” for Grande. The company was also behind the 5- or 6-carat engagement ring he proposed to Grande in December with, which features an oval cut diamond, set diagonally next to a pearl.

The pearl, an unusual choice for an engagement ring, is believed to be a sentimental choice for Grande: It’s not only her birthstone, but may be a gift from her grandmother, who reportedly had it fashioned from a tie pin belonging to her husband.

Grande — along with Billie Eilish, Dua Lipa, Megan Thee Stallion and Taylor Swift — is nominated for Female Artist of the Year at the show.

Mother creates a Disney-themed room complete for her daughter