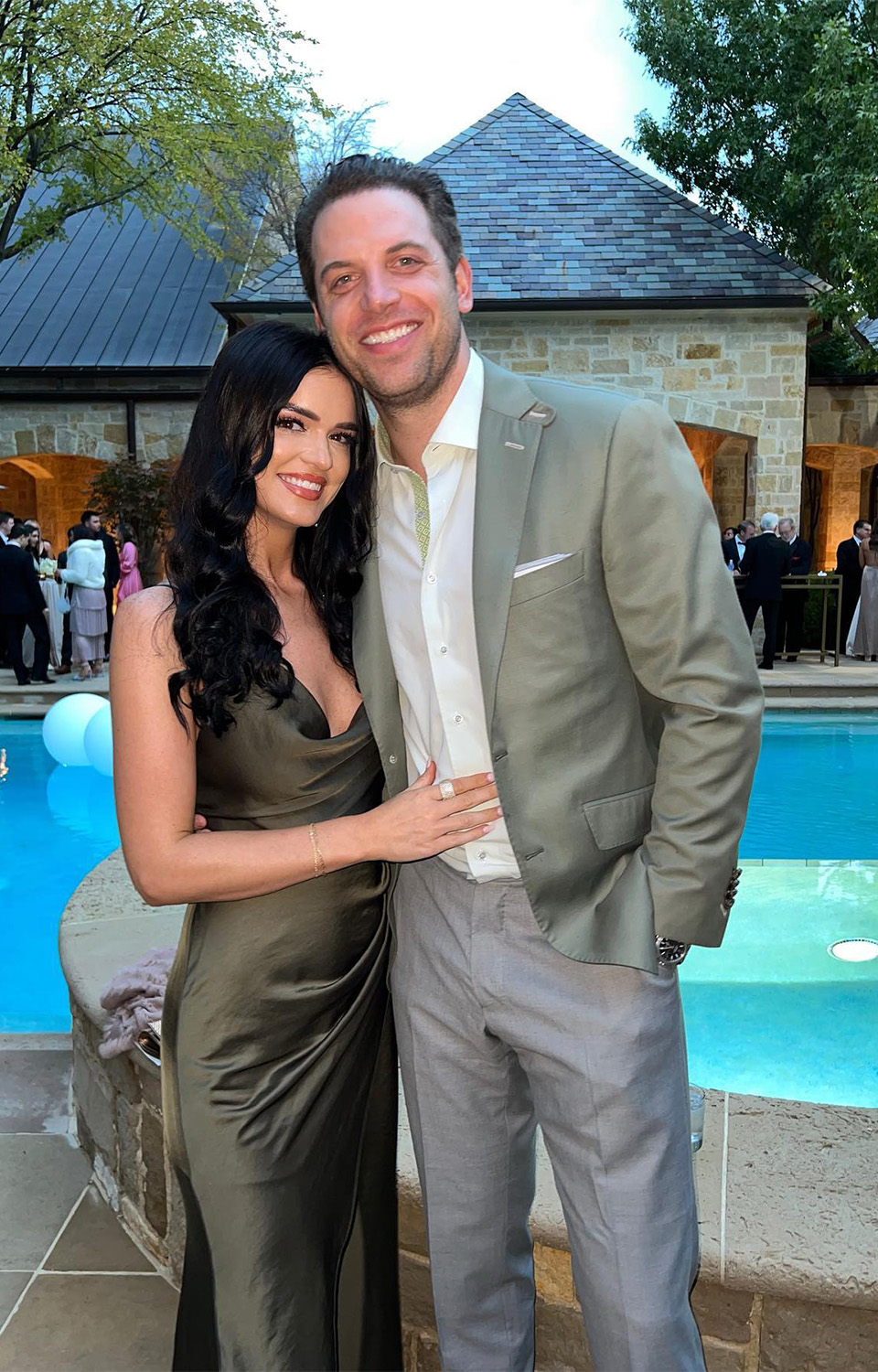 A future Bachelor Nation star! The Bachelor’s Raven Gates is pregnant with her and Adam Gottschalk’s second child.

The couple met while filming season 4 of Bachelor in Paradise, which aired in August 2017. Although the two instantly connected and fell in love, they chose not to get engaged during the season finale. Instead, they waited to see how their relationship worked off camera.

Two years later, in June 2019, the duo announced their engagement via social media, sharing photos of the romantic proposal.

“I’m keeping you forever and for always We will be together all of our days,” Gates wrote as the Instagram caption, quoting “Forever and for Always” by Shania Twain. “Wanna wake up every morning to your sweet face…💞Always 💞.”

After delaying their wedding three times due to COVID-19, the Arkansas native and Gottschalk officially tied the knot in April 2021 and welcomed their son, Gates Zev, the following January.

“Little man made it,” the real estate agent wrote via Instagram Stories at the time. “Had an emergency C-section after pushing for about an hour and a half. Mom and baby are doing very well. Born at 3:33 a.m.”

The couple were outspoken about wanting to have a big family before revealing baby No. 2 is on the way.

“I think we agreed [that] we’d like two or three,” the fashion boutique owner exclusively shared with Us Weekly in June 2021. “But Adam has said, ‘You know, we’ll see how I do with two and then go from there.’”

When talking about their future parenting styles at the time, Gottschalk admitted that he probably would be more strict with the kids.

“Oh, man, this is tough,” he explained to Us. “I’m probably going to be the tougher parent at first, and then it’s going to change.”

‘Bachelor’ and ‘Bachelorette’ Babies: See Which Reality Stars Have Given Birth

Gates was the runner-up on Nick Viall’s season 21 of The Bachelor in 2017. Before sparking her romance with the California native on season 4 of BiP, the University of Arkansas alum briefly dated Robert Hayes during the dating show spinoff.

Gottschalk, for his part, was a contestant on Rachel Lindsay’s season 13 of The Bachelorette, which also aired in 2017, but he was eliminated before the final rose was handed out.