There are only three things that are certain in life: death, taxes, and LA traffic. 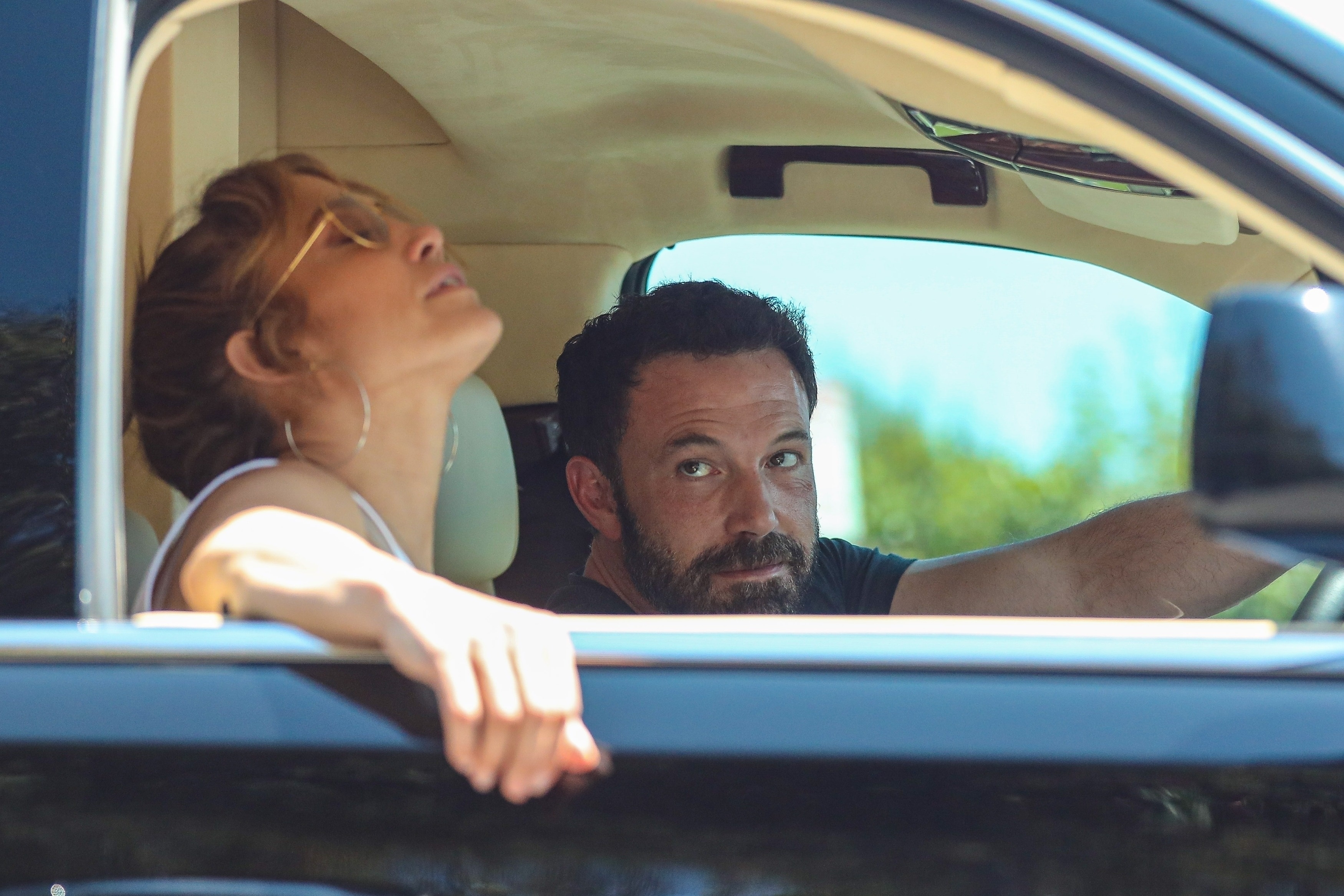 While Lopez, 51, was visibly irked by the bumper-to-bumper traffic, Affleck, 48, kept a cooler head, casting bemused and affectionate glances at his girlfriend.

The photographs are another meme-able snapshot of the pair’s differing dispositions, similar to the time in Miami, earlier in their rekindled romance, when Lopez was snapped doing yoga as Affleck smoked a cigarette nearby.

Affleck was, per paps, driving Lopez back to her manse from his own. 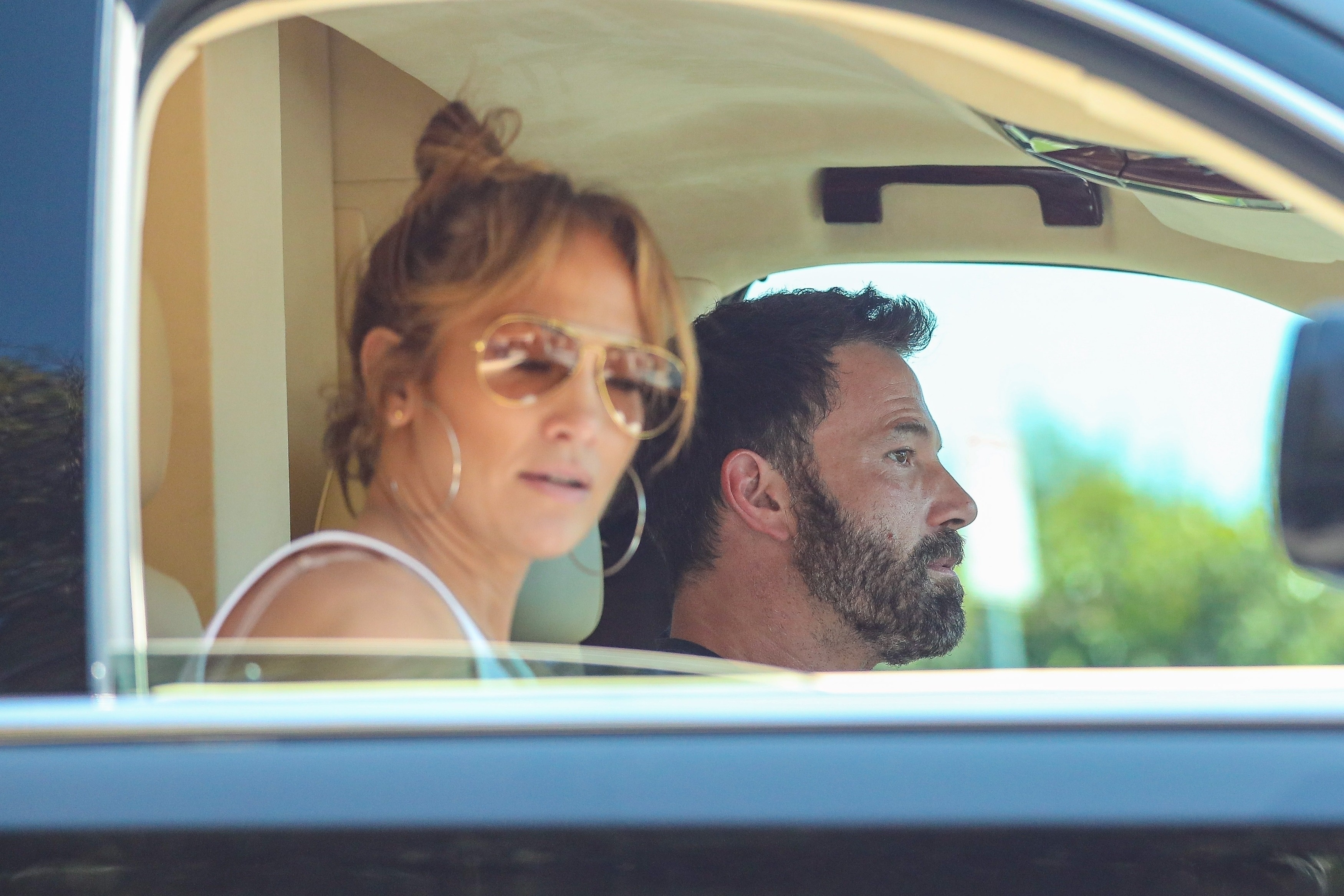 The couple has been balancing one-on-one time — including trips to a luxe resort in Montana and the Hamptons — with plenty of outings with their blended family.

They’ve been photographed variously with Affleck’s son with Jennifer Garner, Samuel, 9, and Lopez’s twins with Marc Anthony, Max and Emme, 13, at California theme parks and tourist attractions. (Affleck is also parent to two daughters, Violet, 15, and Serafina, 12, with Garner.)

Affleck has also been putting in his time with other members of Lopez’s family as well: He attended her sister Linda’s 50th birthday in June, a few days after hitting a las Vegas casino with Lopez’s mom Guadalupe Rodríguez. 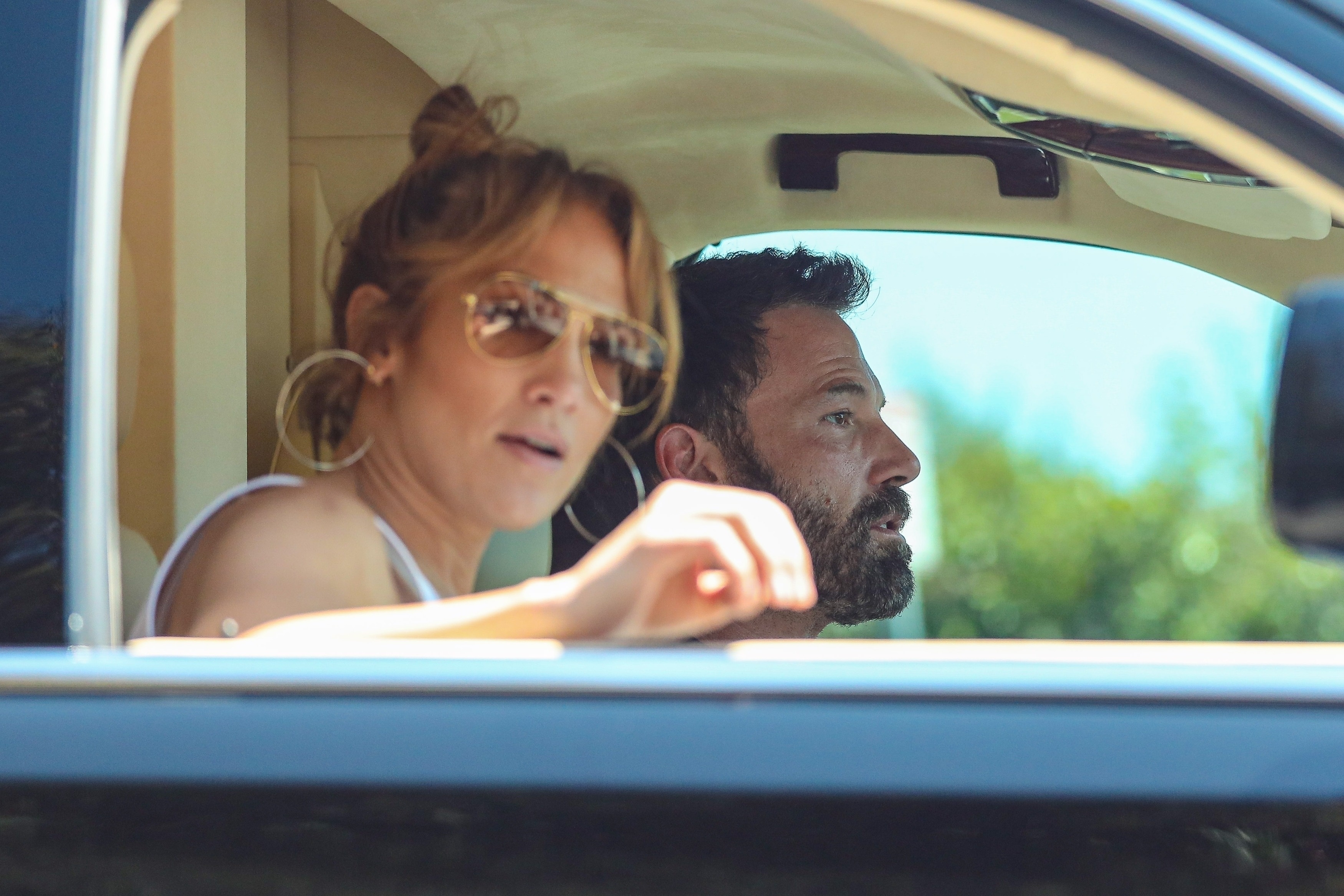 It is unknown if Lopez has been hanging out with Ben’s brother Casey or their mom Christopher Anne “Chris” Boldt.

Affleck and Lopez first got together in 2002 and were engaged shortly after, though they called off their wedding in 2003 and subsequently broke up. They struck things back up after Lopez’s March breakup with ex-fiancé (and ex-Yankee) Alex Rodriguez.

Future Stars Today: Six Celebrities On The Rise In 2021