Former Real Housewives of New York City star Bethenny Frankel is back on the market after breaking up with boyfriend Paul Bernon. Get the scoop on this relationship. 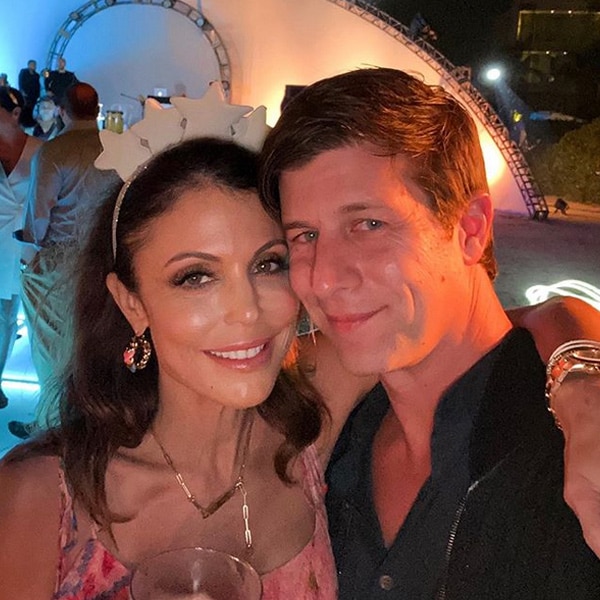 Bethenny Frankel is back on the market.

While details surrounding their split are unknown at this time, fans may have noticed that Bethenny's last Instagram post with Paul was back in August when they celebrated a special holiday together.

"As important as National Lemon Meringue Pie Day and National Mail Order Catalog Day are, I want to wish @pbernon a Happy #NationalCouplesDay, " the CEO and founder of Skinnygirl shared. "#daysandconfused #betterdays."

As for Paul, he rarely posted to social media. However, in November 2019, the real estate developer couldn't help but wish his girlfriend at the time a happy birthday.

"You have brought me true happiness, and I'm so lucky to have you in my life," Paul wrote on Instagram. "No one is smarter, funnier, or makes a bigger impact to help those around us. Thank you for being the most loving partner."

After romance rumors surfaced between the two, Bethenny made things Instagram official with Paul back in December 2018 during a holiday trip to the Dominican Republic.

Since then, the duo has tried to keep their romance away from the public eye and even further away from any cameras.

"You are so loving and so loved," Bethenny previously shared on social media when celebrating Paul's birthday. "The rest of my sentiments, feelings, and wishes for you are deep & private, the way we like it."

She is also teaming up with Mark Burnett for a new HBO Max reality competition series tentatively titled The Big Shot With Bethenny.

Will Bethenny get another shot at love soon? As they say on Bravo: Watch what happens!

Us Weekly was first to break the relationship news.

Black Friday Mattress Deals 2020: What To Expect | The Sun UK