Checking the facts? Johnny DePhillipo weighed in after ex-fiancée Victoria Fuller and her new beau, Greg Grippo, detailed their relationship timeline on the “Viall Files” podcast.

Bachelor Nation Couples Who Got Together Outside the Show

The 26-year-old fielded questions from his Instagram followers during a Q&A session on Thursday, December 1. When asked whether he would also consider going on Nick Viall‘s show to share his side of the story, Johnny was hesitant. “IDK,” he wrote in his reply. “If I learned one thing from BIP, the math isn’t adding up. #GeometryBeach.” 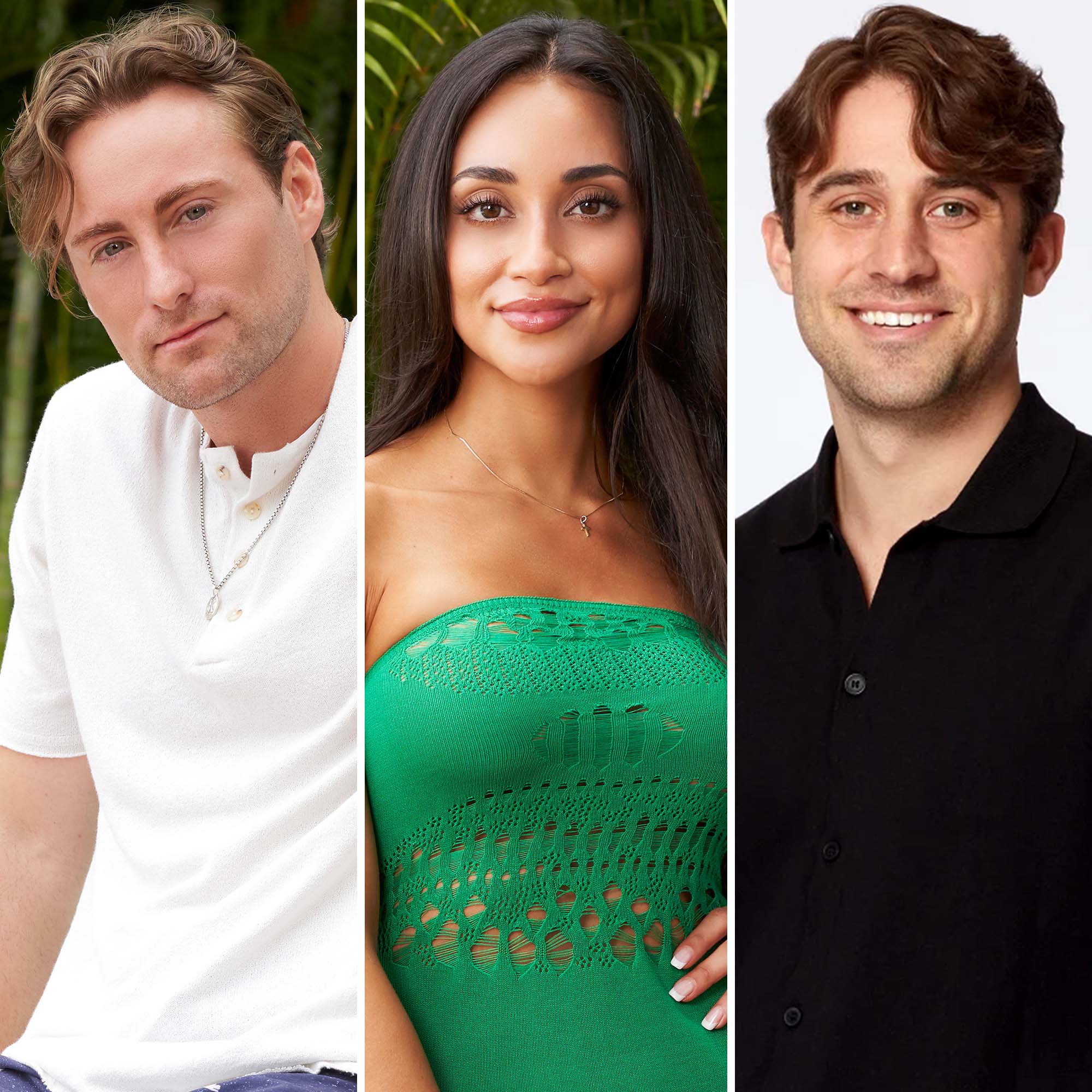 Johnny and Victoria, 29, hit it off during season 8 of Bachelor in Paradise, which came to an end last month. Despite facing challenges throughout their journey, the twosome left the beach engaged — but the drama continued when cameras stopped rolling.

The Virginia Beach native raised eyebrows in October when she was photographed with Greg, 27, in Rome. When the BiP reunion special aired one month later, Victoria confirmed that she and Johnny had split — and that she is dating the season 17 Bachelorette alum.

“I want to say I’m good, but it really does break my heart that she’s not sitting here next to me as my fiancée right now,” Johnny said during the November episode. “In that timeframe of stepping out from filming to that one month of being engaged, I started to feel not good enough for her. And then, you know, we started arguing … and then rumors started surfacing and I really wanted to trust her, but I don’t know.”

Victoria claimed that the duo went through “a lot of ups and downs” once leaving Mexico. “I expressed to him that I wasn’t happy and I was not going to be engaged if I wasn’t happy to be married,” she explained, noting that the troubles escalated three weeks after filming wrapped.

After the medical sales rep called her relationship with Johnny “toxic,” he accused her of cheating with Greg. Victoria went on to allege that her now-ex called her a “f–king c–t” during a heated argument.

The reality stars each went on to share their takes on the breakup in various podcast episodes, with Victoria and Greg sitting down for a deep-dive into their romance on “Viall Files.” She denied being unfaithful during the Tuesday, November 29, episode.

“I’m so f–king tired,” she said through tears of facing backlash from fans. “If I don’t want to be with somebody because it is a toxic environment, I shouldn’t have to be with that person because the world wants me to. I should be able to move on. … I never cheated on Johnny.”

Greg, meanwhile, asserted that the duo were purely platonic before Victoria went on Paradise. “We didn’t have anything serious prior at all,” he said, confessing that he was “always attracted” to his new flame. “I was in a relationship. I was in and out of it with somebody overseas, so that was a confusing time for me. And I knew Paradise wasn’t going to be for me this year.”

The couple revealed that they officially started talking in September after Victoria’s engagement was broken off. Johnny previously hinted that he saw the relationship coming before the duo confirmed their romance.

“It sucked, for sure. It just kind of made me believe that anything she said didn’t hold weight anymore, and I had my suspicions and I kind of thought that there was always something going on,” he exclusively told Us after taping the season 8 reunion. “And then it just makes you think, ‘When did it start?’ It’s a weird feeling. … I think we were on two different levels.”