Home » Lifestyle » Black Friday vs Amazon Prime Day 2020: Which one will have the best deals?

BLACK Friday and Amazon Prime Day 2020 are two of the biggest shopping events of the year – but which one will have the best deals?

The sale bonanzas will take place just six weeks apart this year, meaning it can be difficult to know which day is best to snap up bargains. 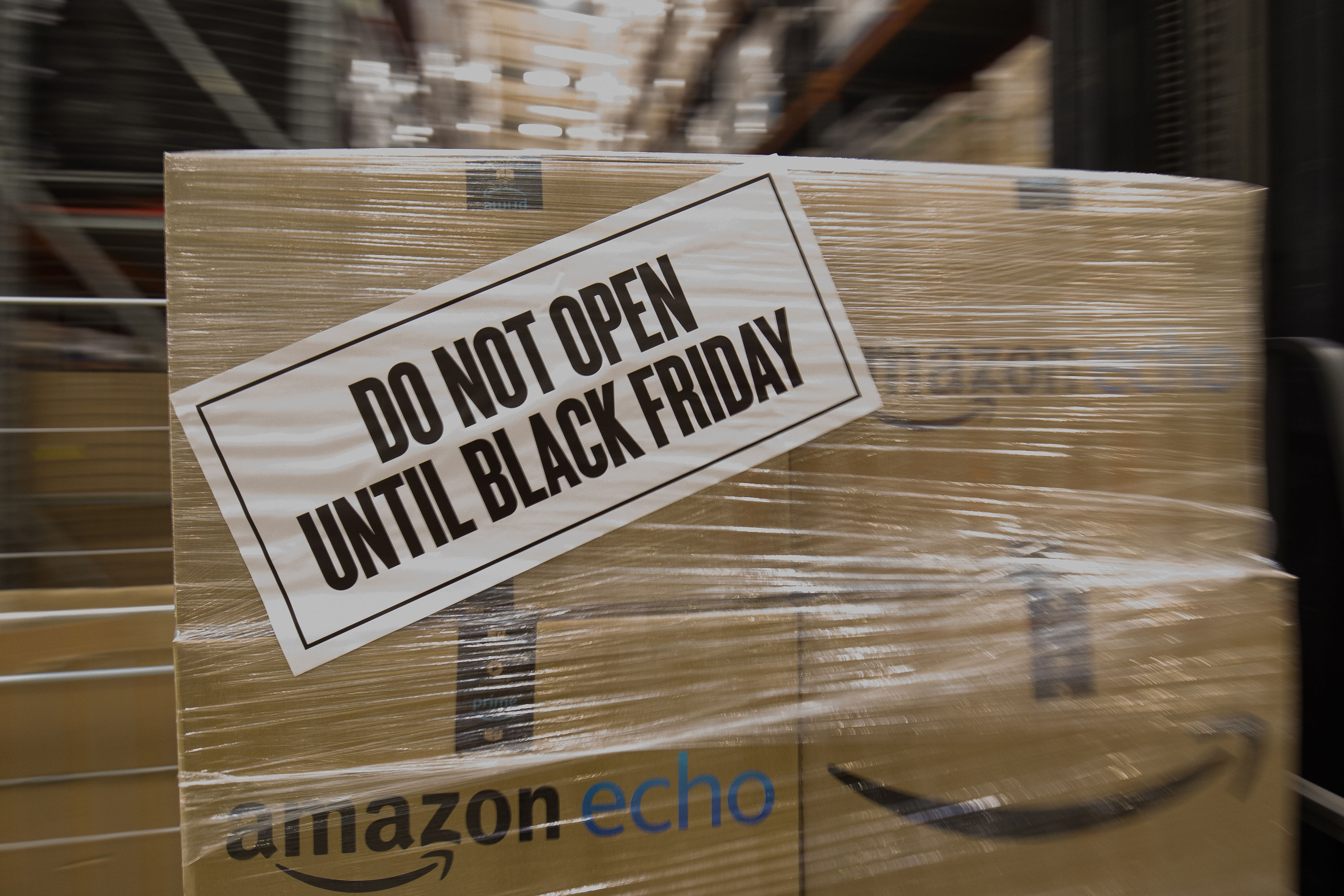 Do you skip Prime Day and hope that Black Friday will have better discounts?

Or should you snap up Prime Day deals rather than risk waiting for offers that may never be available or sell out before you spot them?

We've asked an expert what shoppers should do and listed the top deals from last year to help you decide, below's all you need to know.

When is Amazon Prime Day and Black Friday taking place?

Amazon Prime Day usually happens in mid-July, but will this year take place between 00.01am on October 13 and 23.59pm on October 14 instead.

In a bid to support local businesses, Amazon is also launching a new £10 voucher.

Available already until October 12, Amazon Prime users who spend at least £10 at an independent seller will be given £10 in credit to spend on Amazon Prime Day.

However, keep in mind that Amazon Prime Day only applies to Prime users and not all Amazon shoppers.

AMAZON Prime is only available for Prime members – but the retailer does offer a 30-day free trial for anyone who wants to try out the service.

Just don't forget to cancel your membership before the end of the month.

Amazon Prime members get free next day delivery and access to Prime TV shows, eBooks and even live music events.

It costs £79 per year or £7.99 per month – depending on the payment plan you choose. There's also a plan for students

Some stores in the US open as early as midnight, but in the UK most open at 6am if they do open their doors early.

But many retailers will make their offers available online from midnight.

What kind of offers can you expect?

Some deals will last for 24 hours and others, known as “lightning offers”, will only be available for a limited time.

Brands taking part in this year's sale include Philips, Toshiba, Nescafé, Lego, Nintendo, Shark, Samsung, Under Armour, Sony and Le Creuset, but you can expect discounts on Amazon products too.

Tom Church, co-founder of deal-sharing site LatestDeals.co.uk, told The Sun he's "confident" Amazon will offer deals on its own-brand products such as the Echo Dot, Echo Show and Kindle items.

He also suggested Amazon may give discounts on groceries, given it recently partnered with Morrisons.

Meanwhile, deal hunters at MoneySavingExpert predict that shoppers will get up to 50% off Amazon-own products, such as Echo Dot speakers, Kindles and Fire tablets.

The consumer site also reckons there'll be 30% off Fitbit devices, as well as discounts on brands like GHD, Breville, PlayStation and Xbox.

SodaStream also told The Sun its Spirit sparkling water machine will be reduced by 50%, from £99.99 to just £49.99, during the two-day event.

How to compare prices to get the best deal

JUST because something is on offer, or is part of a sale, it doesn’t mean it’s always a good deal.

There are plenty of comparison websites out there that'll check prices for you – so don't be left paying more than you have to.

Most of them work by comparing the prices across hundreds of retailers.

Here are some that we recommend:

Previous Prime Day offers also give you an idea of what will be available this year. Some of last year's top deals included:

In 2019, Amazon also offered 25% off Apple products plus savings on other tech including headphones and TVs.

While the best beauty deals included a £75 saving on the Ultimate GHD Styling Set.

Plus there were deals on gaming, garden, alcohol and toys.

A huge number of retailers usually take part in the Black Friday and Cyber Monday bonanza, including Amazon.

While the retailer hasn't confirmed this year's deals, the e-commerce giant has previously slashed prices across everything from tech to makeup and jewellery.

We've included some of Amazon's top Black Friday offers last year below, which gives you an idea of what to expect this year.

Which day will have the best deals?

Whether Amazon Prime Day or Black Friday will have the best deals depends on what you're planning to buy, but it's still difficult to predict.

Yet if you're looking for Amazon tech, there's no particular reason to skip Prime Day in the hopes of a better Black Friday deal.

Prime Day is usually tech-heavy, and Tom Church told The Sun he expects more discounts on Amazon's own products too.

There are also ways to make sure you don't pay over the top, if you end up splashing out on Prime Day.

Tom said shoppers should look out for "Spotlight Deals" online.

He explained: "When a promotion has that label, it means that the price will not be cheaper on Amazon for the rest of the quarter: October, November and December.

"It may be the same price again on Black Friday, but it won't be cheaper.

"So if you're looking for a Kindle, Fire Stick or Echo and you see it listed as a 'Spotlight Deal', you can have confidence that Amazon won't be selling it for cheaper at Black Friday."

Tom is also advising shoppers to install the Amazon Assistant Google Chrome extension before browsing, as it tells you when looking at other retailers whether Amazon is cheaper.

On the other hand, unlike Prime Day, loads of retailers offer Black Friday deals.

This means you'll have more options and the competition could potentially push down prices even further.

So if you don't have a Prime membership and you've already used up the free 30-day trial, you may want to hold off until Black Friday.

If you sign up to Amazon Prime just for Prime Day, keep in mind that the membership fee will eat into any savings you make.

But if you already are a Amazon Prime member, you may as well have a look for any potential bargains.

Before you splash out, it's important to shop around for the best deal. We've explained easy ways to do this above.

The Sun has rounded up predictions for when Black Friday sales will start at retailers including Next, Argos and Amazon.

If you're in the market for toys, we've also taken a look at when toy sales will start at shops such as Asda and Morrisons.