Home » Lifestyle » Blake Lively Reacts to Ryan's Dancing: 'Can You Get Pregnant While Pregnant?'

Ready for round five? Pregnant Blake Lively teased husband Ryan Reynolds over his dorky dance moves in a flirty comment.

The Canada native, 46, gave fans a glimpse at how he and costar Will Ferrell rehearsed for their movie Spirited, a musical retelling of A Christmas Carol. “You’ve got to be willing to be bad at something if you want to be… slightly less bad at it? Here’s Will and I proving that point!” Reynolds captioned an Instagram video of himself and the Saturday Night Live alum, 55, hard at work in a studio. “We’re so humbled by all the love for #Spirited on @appletvplus.”

As the Deadpool actor showed off his fancy footwork, Lively, 35, got a little hot and bothered. “Can you get pregnant while pregnant??” she asked in the comments section on Wednesday, November 23. 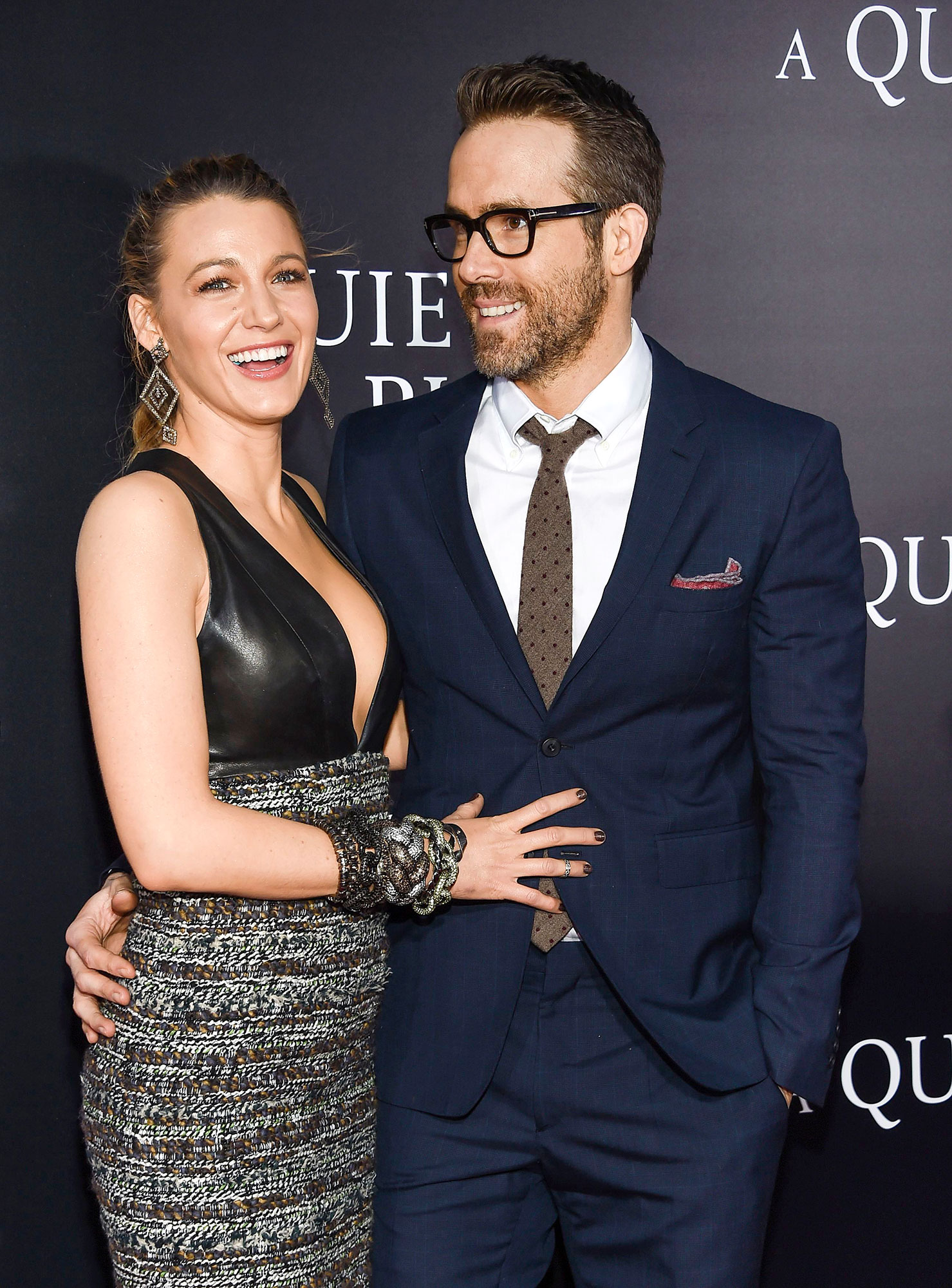 Us Weekly confirmed in September that the Gossip Girl alum is expecting her fourth child with Reynolds. Lively debuted her baby bump in a sparkly gold dress while attending the 10th annual Forbes Power Women’s Summit.

The Green Lantern costars, who tied the knot in 2012, are the parents of daughters James, 7, Inez, 5, and Betty, 3. Earlier this month, Reynolds revealed how the trio is getting ready to welcome their littlest sibling.

“Oh yeah, they’re in. They love it. They’re ready,” he gushed to Entertainment Tonight. “We’re very excited. You know, you’d have to be a moron to do this four times if you didn’t like it. It’s going to be nuts, but we’re very excited.”

Lively and the Proposal star “love being parents,” a source exclusively told Us in September. “They are hoping for a boy this time around,” the insider added. “But, of course, they just want a healthy baby, no matter the gender. … The timing is perfect because all of their kids are two years apart so they’re keeping with the pattern.”

A second source later shared insight on how the pair are achieving a steady work-life balance as they expand their family. “They are really more united and supportive of each other than ever. [Ryan] has become better than ever at managing his time and schedule,” the insider exclusively revealed, noting that the couple “always planned to have a lot of kids.”

The Betty Buzz founder and the Free Guy star made a promise to one another that “neither of them would ever work at the same time while their kids are little,” the source told Us, adding that Reynolds’ “break from acting wasn’t a joke.”

In October 2021, when filming for Spirited wrapped, the Welcome to Wrexham star hinted via social media that he was ready to take a “sabbatical from movie making.” He shed more light on his decision two months later, explaining that he wanted to “live life like a normal human” with his family.

“The biggest thing for me … is that I don’t want to miss this time with my kids,” he said during a conversation with LinkedIn News’ Jessi Hempel. “I want my kids to have a pretty normal schedule. For many years when my wife Blake would shoot a film, I would not shoot a film and I would be with the kids and vice versa. So we would sort of trade off. We never really worked at the same time. But always we were away. So the kids were away too. … It is a juggling act.”

Kylie Jenner & Travis Scott Will Be Together "4 Evaaa," Based On Her Latest Instagram

Is L.A. Ready for Meghan and Harry?

Expo Dubai, Scheduled for October, Set to Be Postponed