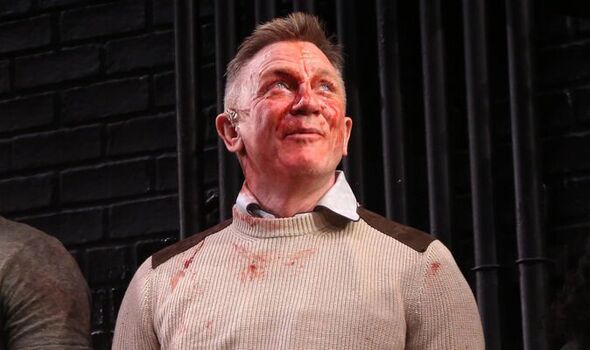 Having given up his secret agent crown, the 007 actor is playing Macbeth at New York’s Longacre Theatre. As the curtain came down on “the Scottish play”, he looked delighted at his performance as the doomed king, his face blood-streaked. Craig, 54, stars opposite Ruth Negga, 40, who makes her Broadway debut as Lady Macbeth in the revival of the Shakespeare tragedy.

It was a delayed opening after Craig, who ended his five-film run as James Bond in No Time To Die, tested positive for Covid this month.

Preview performances had to be cancelled at just a few hours’ notice.

But he has not severed his spy links entirely. Barbara Broccoli, who produces the Bond movie franchise with her brother, is a producer of the play.

Before it opened, Craig posed on the red carpet in a sharp blue suit and crisp white shirt.

He was joined by Negga, who wore a full-length embroidered gown and matching long gloves.

Craig kept up stage roles in his Bond years, including Sam Gold’s production of Othello in 2016 and with wife Rachel Weisz, 52, in Harold Pinter’s Betrayal in 2013.

When does Selling Sunset season 4 land on Netflix? All the details about the next series