A guide to Brooklyn Beckham’s tattoos dedicated to Nicola Peltz

Brooklyn Beckham reveals he has 70 tattoos dedicated to Nicola Peltz

Brooklyn Beckham roasted for claiming his career as ‘social media chef’ paid for his $1.2M car

Brooklyn Beckham and Nicola Peltz proved they’re more in sync than ever Saturday, stepping out for a Wendy’s event Saturday in matching pink outfits.

Despite Page Six’s exclusive report that things are frosty between their rich and powerful families, the “Transformers” actress and the chef showed a united front while enjoying some frozen strawberry treats.

And they perfectly matched the evening’s color palette, with Nicola wearing what appeared to be the very same candy pink Versace dress once seen on Madonna at the 2006 Vanity Fair Oscar Party.

Brooklyn, meanwhile, kept it casual in a plain white T-shirt, pale pink trousers and sneakers in the exact same shade as his wife’s purse. 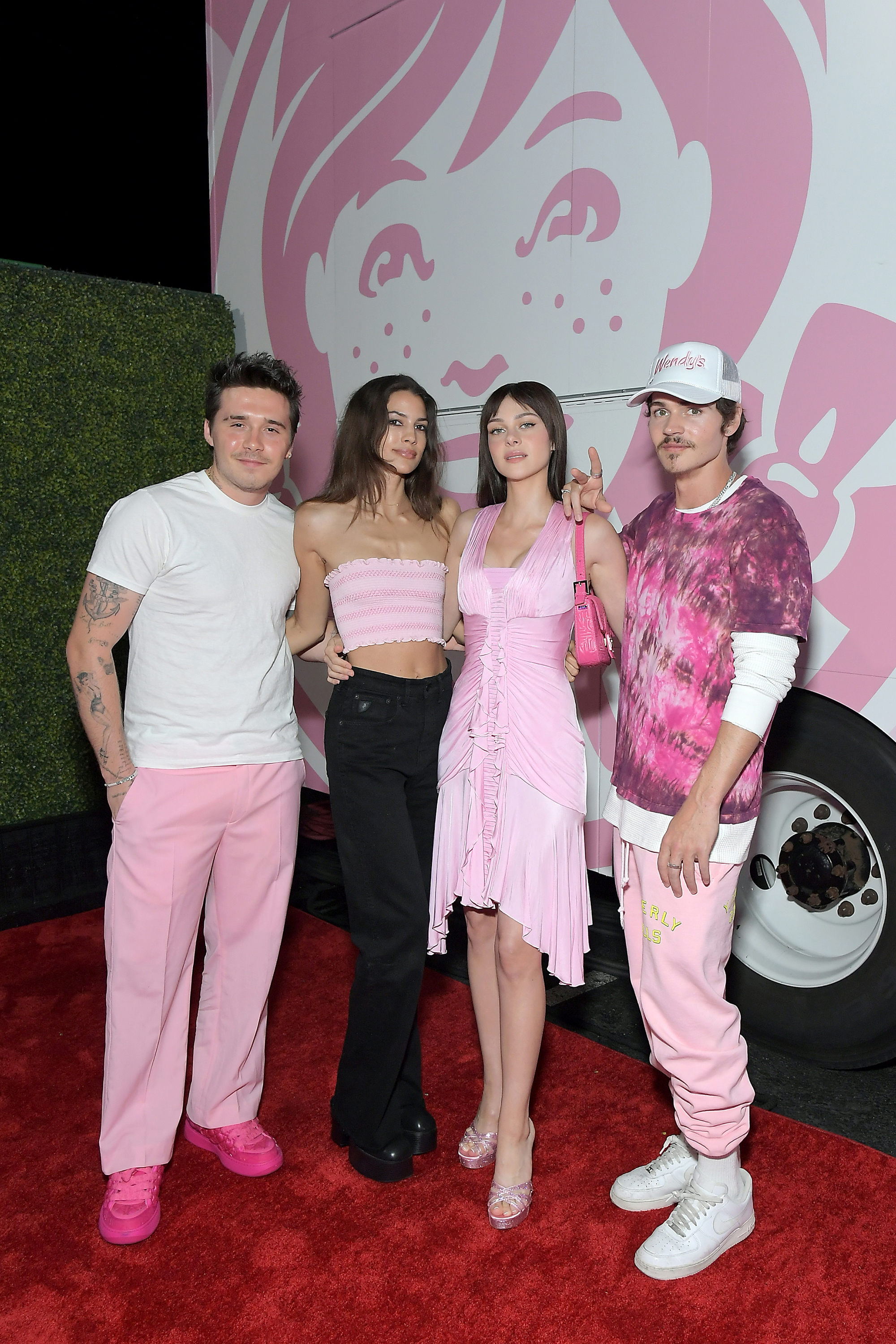 Nicola’s billionaire dad, Nelson Peltz, is chairman of the board at Wendy’s, and her eldest brother Matthew also sits on the board; the young couple even reportedly had a burger truck provided by the fast food chain at their over-the-top Palm Beach wedding in April.

And Saturday’s Frosty-themed bash was a family affair, with Nicola’s brother Will and his girlfriend, Kenya Kinski-Jones, also attending — similarly dressed in shades of pink, of course. 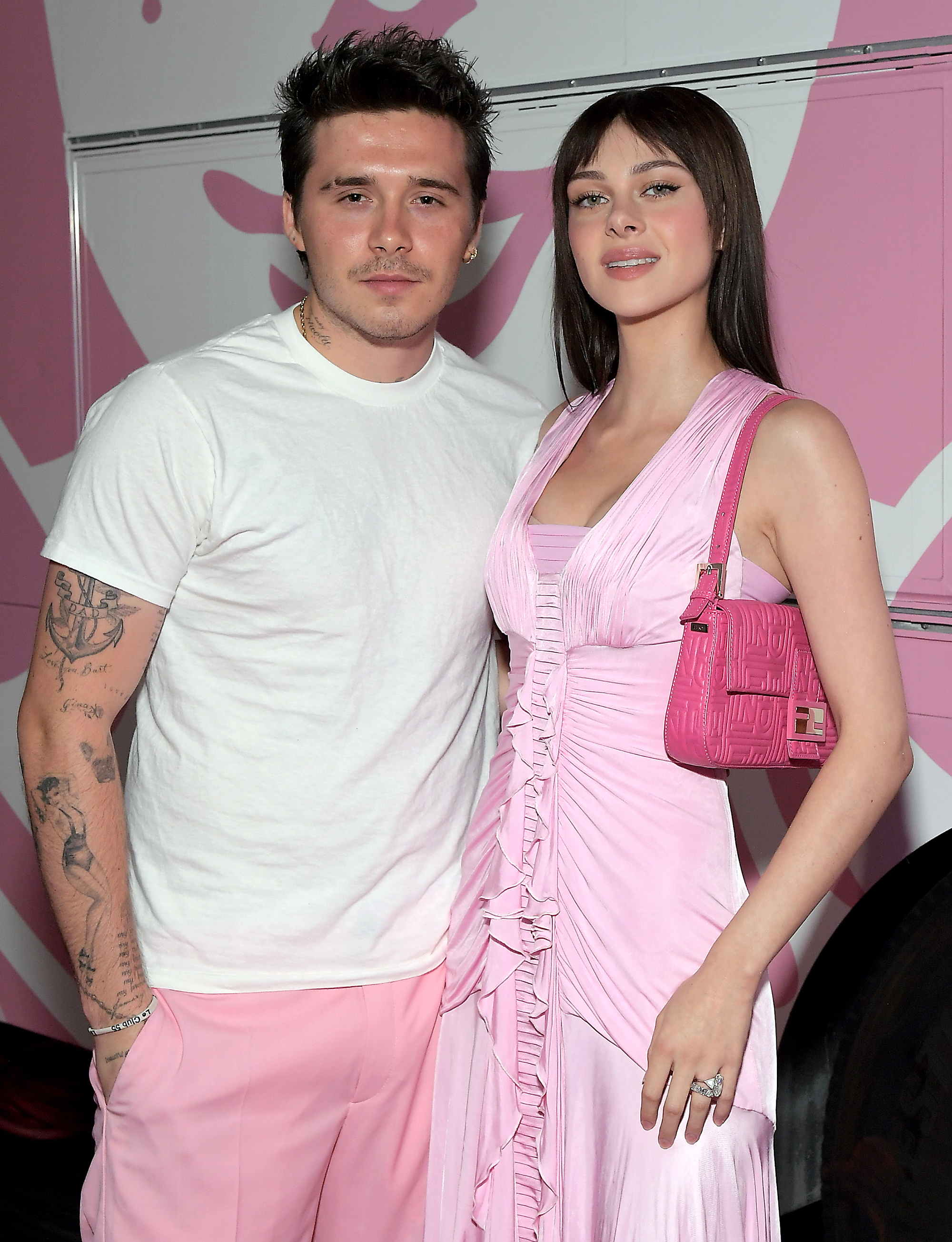 Brooklyn — who recently revealed he has 70 tattoos dedicated to his wife — “has become so, so close to the Peltzes, and to Nicola’s dad, especially,” a family source told Page Six recently, adding that the bond has strained the star’s relationship with his own parents.

The “Cookin’ With Brooklyn” host even has the Peltz surname inked on his chest, in addition to many other tributes.

Meanwhile, Nicola recently channeled Posh Spice amid her reported rift with her mother-in-law, which she said stemmed from her choice to wear Valentino (rather than a Victoria Beckham original) on her wedding day. 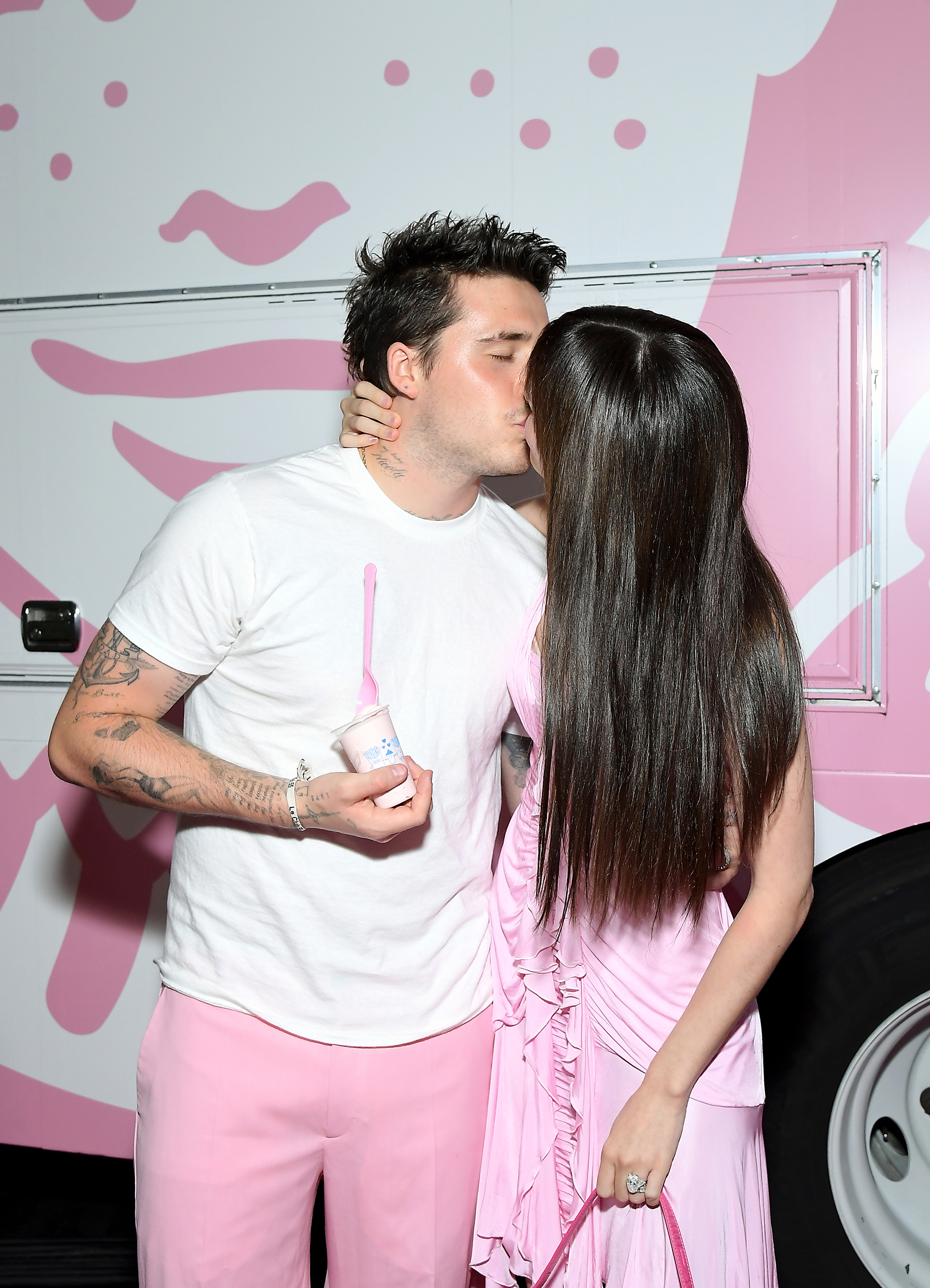 “I was going to [wear Victoria Beckham] and I really wanted to, and then a few months down the line, she realized that her atelier couldn’t do it, so then I had to pick another dress,” Peltz told Variety. “She didn’t say you can’t wear it; I didn’t say I didn’t want to wear it. That’s where it started, and then they ran with that.”

Perhaps she could present her mom-in-law with a strawberry Frosty as a peace offering?