Play nice, boys! Bryan Cranston had a little fun with his former Breaking Bad costar Aaron Paul on Thursday, July 18, after Paul, 39, made a minor grammatical error while promoting Dos Hombres Mezcal – the liquor label he recently founded with Cranston, 63.

It all began when Paul took to Instagram to post a photo of him and his new business partner to announce that they would both be in New Orleans the following day to share their newly created spirit with patrons at a local bar. “Who wants some drinks? Me and this slacker are going to be serving up some Dos Hombres Mezcal from 2-4 tomorrow afternoon near Jackson square,” he wrote. “Come say hello! Must be of legal drinking age to enter the bar. Come thirsty! Exact location will be disclosed soon.”

Cranston even concluded his comment with a reference to his role in the award-winning AMC drama, in which he played Walter White – a chemistry teacher-turned meth dealer – and Paul portrayed his former student, Jesse Pinkman. “Once again, I’m cast as the teacher,” the Why Him? star quipped.

But Paul wasn’t about to let his onetime scene partner have the last snarky word. “I am honestly so annoyed by this comment. Classic Cranston. Always correcting me,” the Triple 9 star jokingly shot back. 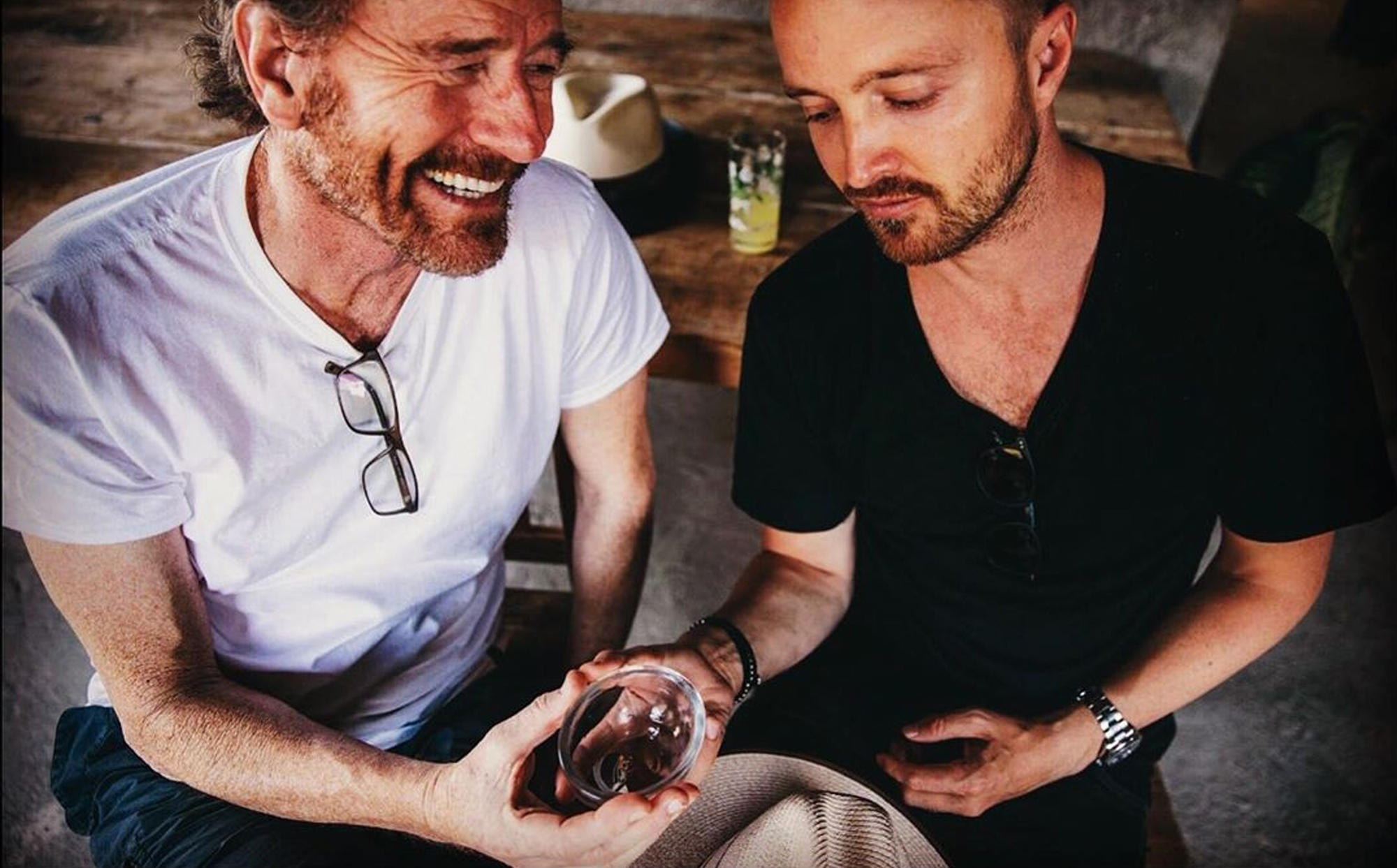 Peeved as he may be, Paul still took Cranston’s edit to heart. “And yes, this slacker and *I* are going to be serving some serious drinks very, very soon,” he added.

In a subsequent post, Paul shared the menu for the duo’s bar takeover at a still-undisclosed location, which includes Dos Hombres served neat or on the rocks and also features two fruit-forward mixed drinks called Dog Days and Mango & Jalapeño. “Hope to see you all here,” he wrote.

The friendly banter between the pair is in stark contrast to the reaction they received when announcing the debut of Dos Hombres earlier this month. Since plenty of Breaking Bad fans assumed the joint venture both actors had been teasing prior to the launch had something to do with the acclaimed show, many were annoyed (and disappointed) by the mezcal. “All of this was for a tequila?!” snapped one Twitter user. “We have been hoodwinked, bamboozled, led astray, run amok, and flat out DECEIVED by Bryan Cranston and Aaron Paul!” Another called the Westworld star a “troll.”

Still, not everyone was bothered by Dos Hombres’ debut. “Can’t wait to try this,” wrote one fan.

Mediterranean-style villa with outdoor swimming pool and own VINEYARD goes on the market – and it's in the UK!