Government-owned Snowy Hydro has not released a business case for the $600 million publicly funded gas plant at Kurri Kurri, NSW, despite the energy company’s chief executive telling a Senate estimates hearing it would be published by August.

Energy and Emissions Reduction Minister Angus Taylor said a quick-start gas plant was needed to provide dispatchable power to fill looming energy supply gaps and on May 19 the federal government announced it would fund Snowy Hydro to build a 660-megawatt gas peaking plant in the Hunter Valley. 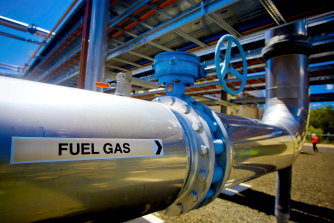 The business case for the $600 million publicy-funded Kurri Kurri gas plant has not been released since the project was announced in May.Credit:Glenn Hunt

But industry representatives and energy analysts described the move as an unnecessary and expensive market intervention. They denied Mr Taylor’s claim of looming supply shortfalls and said the use of public funds would discourage private investment in new energy generation assets.

Snowy Hydro chief executive Paul Broad defended the Kurri Kurri project, which he expects will deliver a “double-digit” internal rate of return on investment. Labor Senator Jenny McAllister asked when the business case would be released and Mr Broad said he had “committed to do it in two months”.

When asked this week why the business case still had not been released, and when it would be published, Mr Broad said Snowy Hydro was still conducting commercial-in-confidence discussions with suppliers and contractors.

“The decision to proceed with the Hunter Power Project was supported by a strong business case,” Mr Broad said.

“Publishing the Hunter Power Project business case while those discussions continue would have potentially material commercial consequences for Snowy Hydro and potential counterparties. The business case will be released as soon as possible.”

Energy and Emissions Reduction Minister Angus Taylor has said Kurri Kurri would be firing in late 2023 to fill a 1000 megawatt demand gap which would open up when AGL’s Liddell coal plant shuts.

Australian Energy Market Operator chief system design officer said additional dispatchable capacity was a welcome addition to the market, but his agency didn’t take a position on what type of generation, either gas power or batteries primed by renewables, was preferable.

“If you expect higher gas prices in the future and a decline of battery costs, really the future is predominantly dominated by batteries,” Dr Wonhas said in May. “If you believe in very low gas prices and maybe battery costs not coming down, then you’ll be seeing more gas in the mix.”

The Australian Energy Council, representing the nation’s big power suppliers including AGL, Origin and EnergyAustralia, criticised the Kurri Kurri investment. Chief executive Sarah McNamara said in May the market operator had not forecast any significant shortfalls after the Liddell closure, arguing the “private sector struggles to make final investment decisions” when government intervened in the market with investments like Kurri Kurri.

Monash University senior research fellow Ross Gawler modelled Kurri Kurri’s operating costs and said in July the project would deliver a $150 million loss each year for 20 years, totalling $3 billion, unless Snowy engaged in surge pricing to sell power at a high cost when there were shortfalls in the network.

Mr Broad rejected Mr Gawler’s analysis and said “increasing supply will have the effect of driving down electricity prices”. The modelling was “based on a fundamental misunderstanding of our business and will not be accurate or reliable,“ he said.