One of Australia’s biggest business groups has backed a union call for the expansion of the government’s paid parental leave scheme to 26 weeks, ahead of this week’s jobs summit.

The Business Council of Australia and the Australian Council of Trade Unions have reached an agreement on policy solutions they want tackled to boost the country’s productivity and lift living standards. 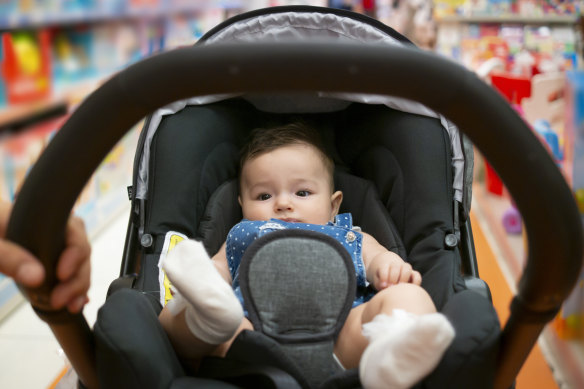 Businesses, workers and experts have called on the federal government to expand its paid parental leave scheme.Credit:istock

They said increasing the amount of Commonwealth paid parental leave by an extra eight weeks, from the current 18, would help reduce the gender pay gap and allow women to achieve their full career potential.

The Grattan Institute has previously estimated that expanding the government scheme from 18 to 26 weeks would cost $600 million a year.

The institute’s chief executive Danielle Wood, who is delivering the keynote speech at the Jobs and Skills Summit on Thursday morning, said paid parental leave can be used to encourage better sharing of unpaid care work.

“Paid parental leave is a bit of a sleeper issue because we’ve got such a gendered division of labour – women taking on so much more unpaid work than men puts a ceiling on women’s ability to rise in the workforce,” she said.

A report from the ACTU said that an additional 893,000 women would work if barriers to their workforce participation were removed, and one of those barriers was inadequate paid parental leave.

In their joint agreement, the ACTU and Business Council of Australia urged the government to expand the Commonwealth paid parental leave scheme to 26 weeks and make sure it could be shared between both parents, including superannuation during leave and incentives for both parents to take it.

In a separate submission to the summit, Chief Executive Women said the government should immediately expand its paid parental leave scheme to 26 weeks.

Chief Executive Women said each parent should have a six-week “use it or lose it” component and another 12 weeks to share between them, and suggested offering a bonus two weeks’ leave that could be used by either parent if both take at least six weeks off.

Labor dropped its pledge to pay super on the parental leave scheme ahead of the election, and assistant treasurer Stephen Jones has previously said the government wants to do it, but the timing remains unclear and dependent on budget savings.

Georgie Dent from The Parenthood said evidence from overseas shows fathers will take that leave when it’s adequate and they’re expected to do so, but that’s not currently the case in Australia. Many only have access to the government scheme, which is currently 18 weeks for the primary carer.

“18 weeks at the minimum wage is not adequate and it’s not equitable,” she said. “And paid parental leave is a policy that you cannot ignore if you’re talking about structural drivers of inequality.”

Across the country, about three in five employers offer parental leave schemes, according to data from the Workplace Gender Equality Agency, and the most common length of primary carer leave is between seven and 12 weeks.

Coles Group’s chief people officer Kris Webb said the company noticed that over the last five to seven years, the takeup of parental leave for secondary carers – mostly dads – had stagnated, and only 20 per cent of those parents were using it.

“We realised that actually, in an effort to be flexible, we weren’t being as flexible as we wanted,” she said.

Coles has now doubled the amount of paid parental leave for secondary carers from two to four weeks. That leave can be taken over a 24-month period, and does not need to be taken at once.

Meet All The Bachelor in Paradise Season 7 Cast