Tensions between privacy, repression, openness, and freedom will underwrite this year's Antidote Festival at the Sydney Opera House.

Canadian data analyst, Christopher Wylie, the whistleblower who exposed the widespread misuse of data by his former employer, Cambridge Analytica, will be among leading journalists and human rights activists who will headline the festival as it explores the dark corners of national identity and the interplay of globalism and patriotism, ‘fake news’ and assaults on truth and memory, the weaponisation of traditional and social media as tools of surveillance and human rights oppression. 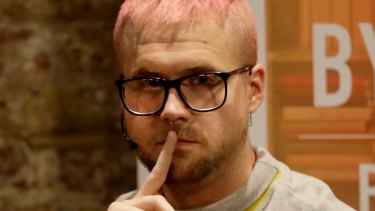 Wylie showed how users’ preferences on social media platforms – Facebook, in particular – had been used to target voters with pro-Trump political advertising.

''Everybody who has a Facebook account knew you should be a little careful about what you post,'' Throsby says. ''But I don't think any of us had any comprehension that the data we were putting up could be taken without our knowledge and used in ways that were shown to directly influence two of the most significant elections in the modern world. 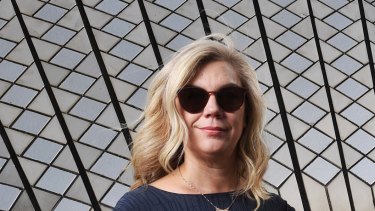 ''The election of Trump in 2016 and the Brexit vote have really changed the geopolitical shape of the western world, and the world more broadly. But they have also changed the way we look at democracy.''

How extensive the harvesting of social media data might have been used in the lead up to the March Federal election is hard to assess, Throsby says.

''I think it is safe to assume there was some use of online data and social media and it is emerging with each election as being a more essential campaign battleground.'' 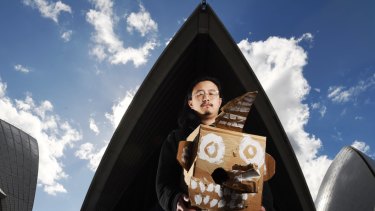 Celebrated Sydney contemporary artist Jason Phu will create the first of three Antidote public art commissions for the two-day festival. Entitled Procession in the warming light/ Procession in the rising darkness, the public performance work features a procession of masked ‘spirits’ protesting against humanity’s impact on the earth.

''It's procession as protest,'' Phu says. ''Essentially it's the spirits, ghosts, demons, and entities coming out to protest about climate change and my thinking behind it is the idea that our world is ending, that climate change could cause the mass extinction of human beings, is a sort of a ridiculous notion.

''It means you have to be a bit insane to have it but the problem is it should be a very sane thought. It's based on science but we always have this thing in the back of our mind that someone is going to save us.''

Antidote replaced the Festival of Dangerous Ideas at the Sydney Opera House three years ago.

Throsby says the way for the individual to manage these times of great change is to stay informed.

''It's important to know what's going on, to know what you can do as an individual but also how you can fit into a bigger community. Data privacy is an obvious example of that. One person shutting down their Facebook account is not going to make any difference but if we all demand change in the way our data is treated on online platforms then people have to take notice.''

For the first time the festival will be partnering with the recently established Judith Neilson Institute for Journalism and Ideas, The Institute is co-curating two sessions focusing on how journalists work in authoritarian environments and the value of free speech.

''The journalists we have got coming, who are literally from all over the world, all have their own strong reason to be here,'' Throsby says.

''We have a lot of journalists coming from places where journalism is genuinely dangerous, from Russia, the Philippines and increasingly from the United States where people are reporting against regimes or government which really want to stop them doing the work that they are doing.

''Hearing those stories is really important to the theme of Antidote because Antidote at the end of the day is looking at ways we can make the world a better place.''

Paddleboarder spots moose swimming next to him