Home » Lifestyle » Can I have a break with that?: Macca’s staff asked to trade in longer rests for more pay in ‘flexibility’ deal

McDonald’s is offering its managers a beefed-up wage rise but at the expense of conditions the company is already accused of ignoring in a legal case over alleged underpayment.

The offers – known as individual flexibility agreements (IFA) – being made to the fast-food giant’s employees propose a 10 per cent pay rise via an extra hourly loading, however, they trade off their rights to uninterrupted breaks. 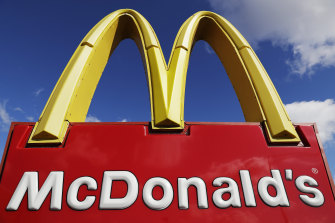 McDonald’s managers are being asked to trade in uninterrupted breaks for higher pay.Credit:AP Photo

McDonald’s is facing several linked cases across multiple states in the Federal Court, launched by the fast-food workers’ union over allegations workers weren’t being given paid 10-minute breaks, which the company denies, but its barrister has questioned whether breaks had to be taken at once.

Shop, Distributive and Allied Employees’ Association (SDA) national secretary Gerard Dwyer accused of offering managers – everyone from shift supervisors up – more money “to try to make it legal for managers to go without rest breaks in the future”.

“McDonald’s knows it has done the wrong thing; but what is it doing to compensate managers for years of missing out on their workplace rights? Managers worked hard for McDonald’s when they had a legal right to take a break and get paid for it,” Dwyer said.

A McDonald’s spokeswoman said the IFA negotiations “are entirely unrelated to the current allegations”.

“McDonald’s restaurant managers are working in fast-paced, demanding environments where they are responsible for the restaurant’s operations. There will be times where their breaks are likely to be interrupted,” the spokeswoman said, adding the IFA gave managers “flexibility to take their meal and rest breaks at times and in increments which meet the operational requirements of the shift”.

However, Adelaide University workplace expert Andrew Stewart warned employees to be wary of such agreements.

“These agreements are supposed to be win-win … but they tend not to be about individual flexibility at all, they’re really about employers’ flexibility,” Stewart said.

He said IFAs weren’t subject to the same scrutiny as enterprise bargaining agreements that must be ratified by the Fair Work Commission, which decides whether workers will be better off overall under the terms of their employment. 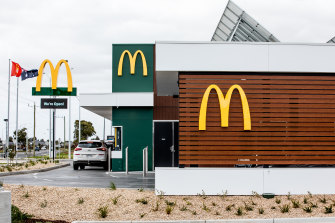 McDonald’s is facing several workplace-related cases across multiple states in the Federal Court.

McDonald’s argues managers will be better off overall under the terms of the IFA, which is voluntary to enter into, as they will receive more pay to compensate for their breaks being spliced, as well as the lack of overtime for attending manager meetings.

“During breaks, managers must remain ready and available to perform their duties should it be necessary to do so,” the IFA says, adding managers are responsible for ensuring they take and log their required breaks.

“The manager may start their meal break and be interrupted after five minutes to attend to an incident or customer enquiry.”

A March Federal Court hearing was told the union was looking to bring legal action against up to 100 franchisees across Australia over allegations of underpayment due to lost breaks.

Jeremy Kirk, SC, acting for McDonald’s, said during that hearing that his client didn’t accept there had been any contravention of employee entitlements, and there were issues about continuity, including whether a 10-minute break needed to be taken at once “or can it be taken at increments?”

Cut through the noise of the federal election campaign with news, views and expert analysis from Jacqueline Maley. Sign up to our Australia Votes 2022 newsletter here.

Johnny Depp Addresses Cancel Culture: No One Is Safe. Not One of You

Thousands on benefits WON’T get £650 cost of living payment – are you affected? | The Sun