Cardi B drips in over $2.5M worth of diamonds

Pregnant Cardi B shows off her baby bump in colorful catsuit

Congratulations are in order for Cardi B.

The rapper, 28, announced the birth of her second child with her husband, Offset.

“9/4/21🦕💙🧸,” Cardi captioned a photo on Instagram Monday of herself cradling the newborn in a hospital bed with the Migos member, 29, by her side.

Though the “WAP” performer did not share any other additional information, fans quickly began speculating that the couple welcomed a son because of the blue heart in her caption and the color of the baby’s blanket in the picture.

“I Felt it was a boy,” one fan commented.

“We have a Virgo Boy on our hands 🙌🏾,” another theorized.

Cardi announced in July that she was expecting a second child by posting a nude photo of herself covered in white paint and holding her baby bump.

That same day, she debuted her baby bump at the BET Awards in a cutout bodysuit from Dolce & Gabbana that was covered in beaded sparkles. She went on to take the stage by joining Offset and his group, Migos, for a performance. 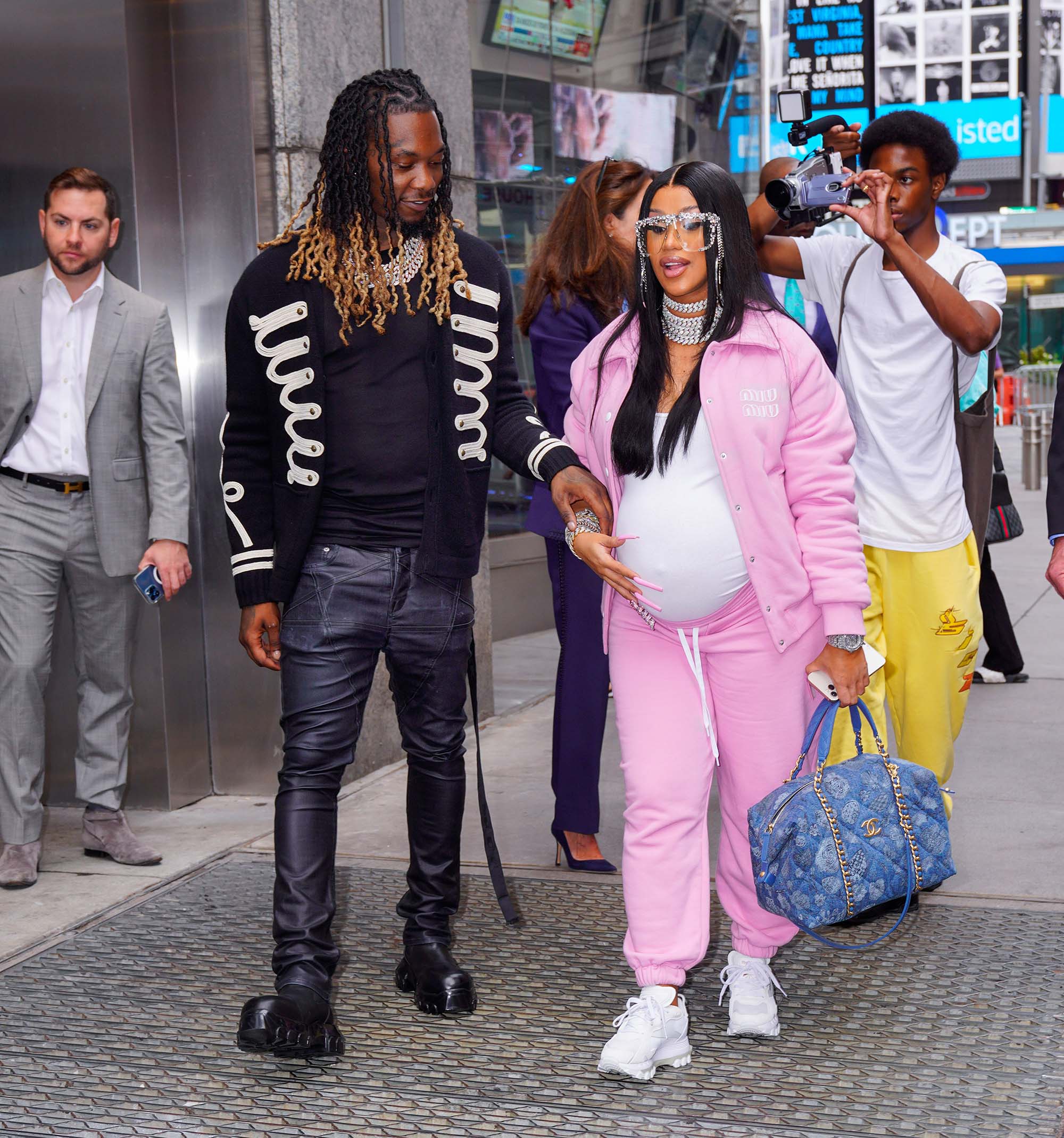 The still-expectant mom wore a bright pink sweatsuit and a Gucci belt and kept her baby bump partially exposed under a white T-shirt during the Aug. 31 appearance.

The rappers secretly married in 2017 and briefly separated in 2020 before Cardi withdrew her divorce papers.