Now THAT’S an air BnB! A jumbo jet converted into a hotel, complete with a cockpit suite? It’s just one of the exclusive getaways in a jet-setting new series…

Imagine a hotel so deep in the jungle that you have to ride a zipwire 400 metres over the forest canopy to get there. Or a hotel where you sleep with the fish in an underwater room. Or how about a candlelit stay in a cave once occupied by Stone Age people? If you want a New Year break with a difference, tune in to The World’s Most Secret Hotels on Channel 4, a six-part journey to some of the most remote holiday destinations on the planet.

The most secret are designed to immerse their guests in nature – literally. Sweden’s Utter Inn looks like a tiny cottage floating on Lake Mälaren, about 60 miles from Stockholm, but it’s actually a miniscule hotel with a bedroom beneath the waves. Created by artist Mikael Genberg, it’s only accessible by boat and has just two rooms – a kitchen-bathroom at sea level and, below, a sunken bedroom with windows that look out into the underwater world.

Genberg was initially told his idea was impossible. ‘Even people in the submarine industry said, “You’ll have big problems with condensation and air,”’ he says. ‘But when somebody says, “You can’t do that”, I think, “Why not?”, so I worked with shipbuilders and some very clever people.

‘The fish love the place,’ he adds. ‘Pike and perch come up to the windows because the lights are on and people are moving. It’s like a reverse aquarium.’ 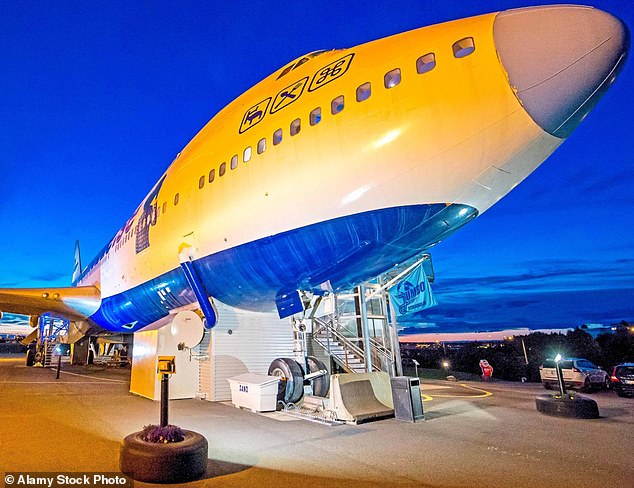 For aviation fans who don’t fancy the turbulence, JumboStay Hotel (pictured) at Stockholm’s Arlanda Airport has a cockpit suite

At Cambodia’s Shinta Mani Wild it’s the opposite – guests stay way above ground in one of 15 secluded tents on stilts in a jungle that is home to pangolins and sun bears. And it all starts with a hair-raising experience – by climbing a seven-storey tower, then whooshing down to reception harnessed to a zipwire.

It’s the brainchild of American architect Bill Bensley. ‘The way you enter a property is very, very important,’ he says. ‘Rocking up in a car and going through some glass doors ain’t going to happen in a Bensley Hotel. People arrive pumped up, because the majority have never done a zipwire before.’

Shinta Mani Wild is also a hotel with a purpose. The site was due to be turned into a titanium mine before Bensley acquired it, and he now uses the profits (a three-night stay for two costs £6,500) to hire forest rangers who look for illegal poachers and loggers – and guests can accompany them on their anti-poaching missions. 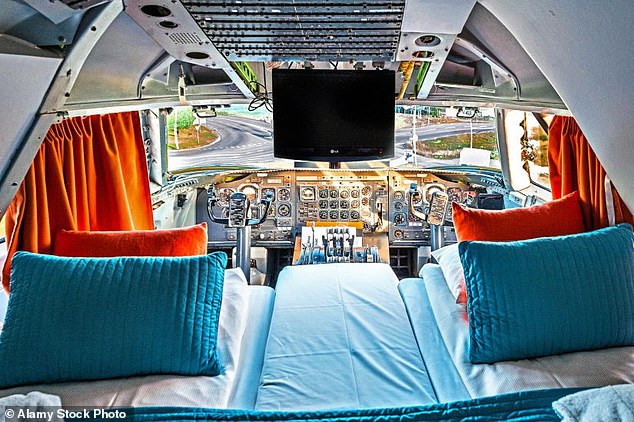 The cockpit room at the Jumbo Stay (Jumbohostel) in Sweden, which is a hostel that is a converted Boeing 747 airline 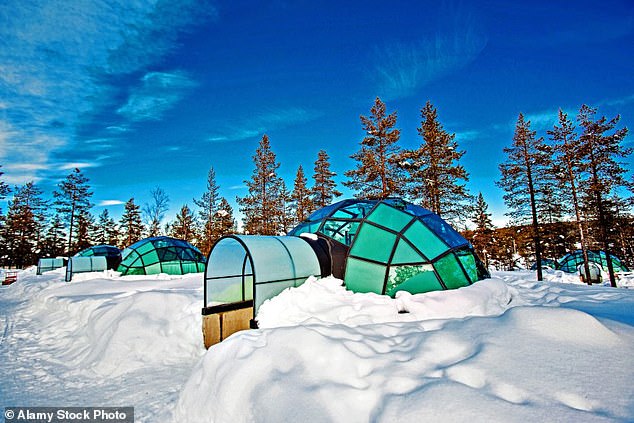 At the Kakslauttanen Arctic Resort in Finnish Lapland, guests can marvel at the Northern Lights from the comfort of their beds in one of the weather resistant igloos

A trip back in time is on offer at the Sextantio Le Grotte della Civita Hotel in the town of Matera in southern Italy. Its ancient cave dwellings are a UNESCO World Heritage Site, inhabited since the Palaeolithic era, but mostly deserted until entrepreneur Daniele Kihlgren transformed them into a luxury hotel.

A deconsecrated church cave lit only by candles is the restaurant, and rooms are characterised by monastic simplicity with no TVs, telephones or minibars. ‘In Italy we preserve classical architecture, but I wanted to preserve one of the places where ordinary people lived,’ says Kihlgren. ‘These caves have a unique identity.’

Some of the hotels offer an adventure that’s more out-of-this-world. At the Kakslauttanen Arctic Resort in Finnish Lapland, guests can marvel at the Northern Lights from the comfort of their beds when staying in one of its 65 weather-resistant glass igloos complete with 360° views. 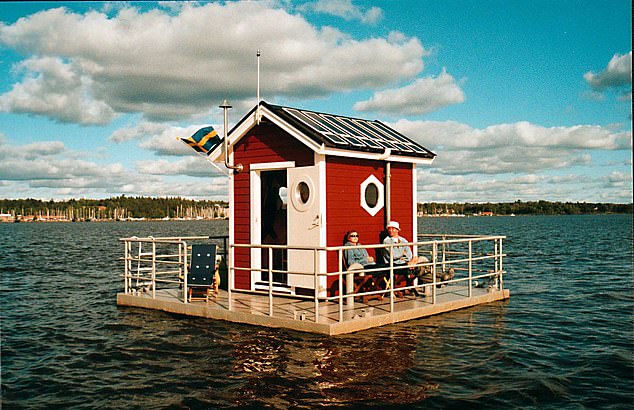 Sweden’s Utter Inn looks like a tiny cottage floating on Lake Mälaren, about 60 miles from Stockholm, but it’s actually a miniscule hotel with a bedroom beneath the waves

Thousands of miles south, in Jordan’s desert, residents at the Wadi Rum Bubble Luxotel can stay in a futuristic plastic ‘bubble’ with a transparent roof for gazing up at the star-strewn sky. The desert here is just as otherworldly: The Martian and Star Wars: The Rise Of Skywalker were filmed nearby.

For aviation fans who don’t fancy the turbulence, JumboStay Hotel offers a singular experience. It’s a decommissioned Boeing 747 jumbo jet parked on the tarmac at Stockholm’s Arlanda Airport. And its most remarkable feature? The cockpit suite that still has the original control panel. ‘A lot of pilots have come with their kids to teach them how to fly a 747,’ says manager Ameer Junejo.

So if you’re looking for a unique holiday this year, The World’s Most Secret Hotels should provide plenty of inspiration.

The World’s Most Secret Hotels, later this month, Channel 4.

The inn you’ll want to stay in over and over again! The ‘Groundhog Day B&B’ is a real-life ‘gem’ of a rental you can book through Airbnb from $170 a night (6am wake-up call not mandatory)

Now that’s a lock in! Entire 16th century pub is up for rent on Airbnb for 14 people for £667 per night – and the lucky guests also get to pull their own pints