A congressional subcommittee has demanded the recall of a popular flea and tick collar that has been linked to the deaths of 1,700 pets and suspected to have caused illnesses in tens of thousands more.

In a letter to the manufacturer of the Seresto collar — a top seller on Amazon and at major US pet retailers — US Rep Raja Krishnamoorthi (D-Ill.) demanded an immediate recall, citing reports that it has been involved in 75,000 harmful incidents to pets and nearly 1,000 incidents involving humans, according to data from the Environmental Protection Agency.

“We believe that the actual number of deaths and injuries is much greater, since the average consumer would not know to report pet harm to EPA, an agency seemingly unrelated to consumer pet products,” Krishnamoorthi wrote in the letter.

The EPA, which regulates pet collars because they contain pesticides, also was implicated for not doing enough to address the massive number of complaints it had received, according to USA Today, which first reported the problems with the collars on March 2 along with the Midwest Center for Investigative Reporting. 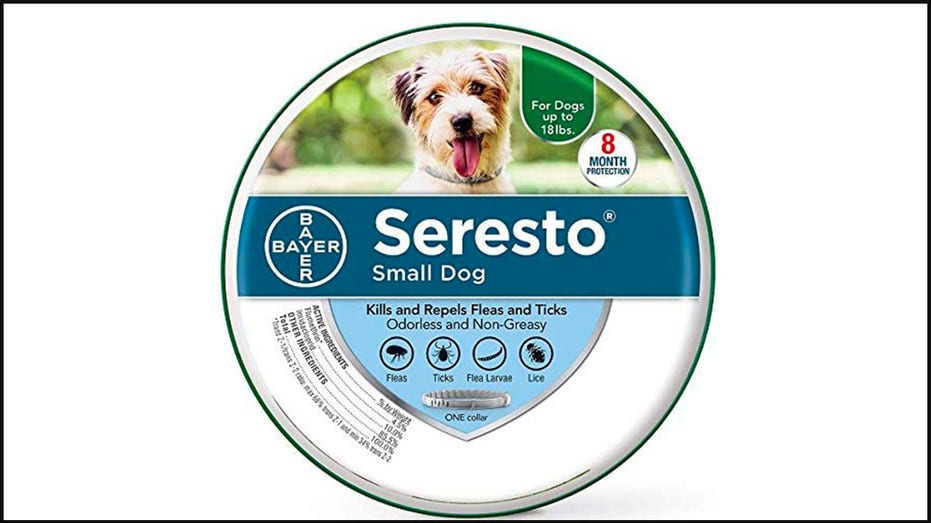 The Seresto collar “is the only flea and tick collar that combines a cocktail of two pesticides,” Krishnamoorthi wrote in a letter to Jeff Simmons, chief executive of its manufacturer, Elanco Animal Health, citing EPA data. While that may make the collars more effective against fleas, “apparently, they may be more toxic to pets and humans as well,” the lawmaker added.

One incident involving a 12-year-old boy who slept in bed with a dog wearing the collar resulted in the boy being hospitalized due to seizures and vomiting, Krishnamoorthi wrote.

In addition to demanding a recall and refunds for customers from Elanco, Krishnamoorthi, chairman of the subcommittee on economic and consumer policy, is asking German pharma giant Bayer, which originally developed the collar, to release information about its toxicity.

Among the issues legislators are looking at are all communications “between Bayer and Elanco during Elanco’s acquisition of Bayer Animal Health regarding toxicity or risks of death and injury to pets or humans from Seresto flea and tick collars and the transfer of liabilities,” according to the letter.

Bayer sold its animal health division to Elanco last year for $7.5 billion. In 2019, it reported revenues of more than $300 million from the Seresto collar.

Officials at Elanco couldn’t immediately be reached for comment Friday.

Officials at Elanco on Friday said it is cooperating with the congressional subcommittee’s inquiry and “looks forward to explaining how the media reports on this topic have been widely refuted by toxicologists and veterinarians.” The company added that “no market action, such as a recall, is warranted, nor has it been suggested from any regulatory agency.”

“There is no medical or scientific basis to initiate a recall of Seresto collars and we are disappointed this is causing confusion and unfounded fear for pet owners trying to protect their pets from fleas and ticks,” Dr. Tony Rumschlag, senior director for technical consultants at Elanco, said in a statement to USA Today.

A retired EPA employee, Karen McCormack, disagrees, as The Post reported. The collars have the most incidents of any pesticide pet products she’s ever seen, McCormick told USA Today.

Seresto is one of the most popular collars sold on Amazon, which has numerous disturbing reviews about the product.

“10 days after placing the Seresto collar on my dog, she suffered a neurological problem diagnosed as meningitis of ‘unknown origin,’” one customer wrote. “She temporarily lost the use of her hind legs and vet bills have already exceeded $5,000.”

Amazon told USA Today through a spokeswoman that it is “reviewing” the product.

Kylie Jenner & Travis Scott Will Be Together "4 Evaaa," Based On Her Latest Instagram