Home » Lifestyle » CRAIG BROWN: A laughing robot? Pull the other one

CRAIG BROWN: A laughing robot? Pull the other one

Japanese scientists are claiming to have developed a robot with a sense of humour.

Researchers at Kyoto University say they have programmed their robot, whose unlikely name is Erica, to a) detect laughter, b) decide whether or not to laugh, and c) choose the type of laughter — cackle, smirk, splutter or chuckle — she considers appropriate.

I hate to pour cold water on Erica, but it doesn’t sound as though she will ever be the life and soul of a party.

If she has to look left and right before deciding whether to laugh, and how to laugh, then she will always be one joke behind everyone else. Or — worse — she will only start laughing after the general conversation has turned serious.

Sadly, it will be a long time before Erica finds she is invited to parties, though she could well be in demand as a member of the audience for the 6.30pm slot on Radio 4 — a role tailor-made for her dutiful instincts.

It’s an old story. Every year or so, one scientist or another claims to have invented a robot with a sense of humour, but it comes to nothing. 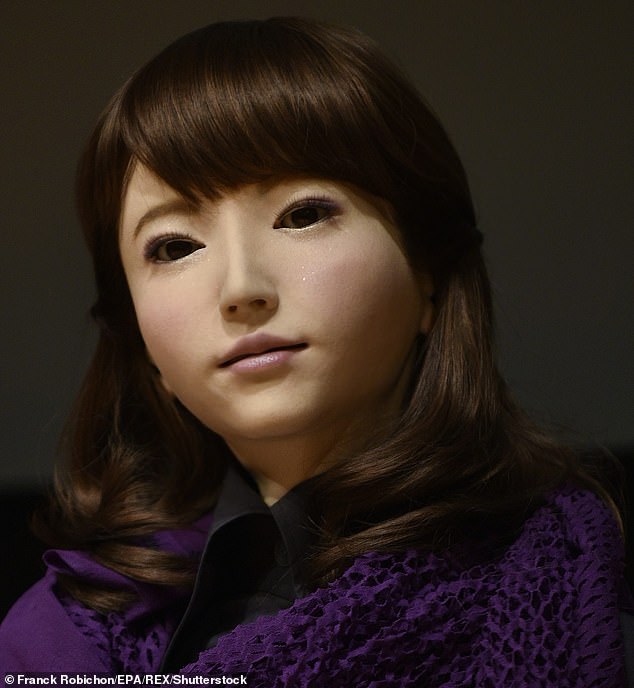 Researchers at Kyoto University say they have programmed their robot, named Erica, to have a sense of humour. The robot can allegedly detect laughter, decide when to laugh and decide what sort of laugh to use

Back in 2007, professors at the University of Cincinnati in Ohio claimed to have programmed a robot to identify pun-based jokes.

They explained that if a word did not seem to fit into its surrounding context, the robot would search a pronunciation guide for similar-sounding words. Once it found such a word, it would identify a pun, and commence laughing.

The professors said that they had told their robot this joke: Q: ‘How was your trip to Helsinki?’ A: ‘Terrible, all our luggage vanished into Finn Air.’

The robot had then twigged that ‘thin’ and ‘Finn’ sounded close enough for Finn Air to be a pun, and this had triggered its laughter.

Fifteen years on, the Cincinnati robot has never been heard of again. But who knows? Perhaps he is earning a fruitful living as Liz Truss’s gag-writer.

Laughter has many sources, but it generally springs from the unexpected, the unpredictable and the inappropriate.

Jokes play on our expectations, undermining cliches and common sense. This means that laughter is an outcry against the robotic, which is why robots are continuing to make such heavy weather in acquiring a sense of humour.

Robots may be able to design buildings, drive cars or play chess, but they will never be able to understand jokes. This is because jokes are beyond logic, and lie at the heart of what it is to be human.

The late Ken Dodd would have baffled even the most highly trained robot. ‘Now for the highlight of this evening’s show,’ he would say after dishing out four hours of non-stop gags, ‘Release the goats!’

Many of his jokes, like that one, had no discernible logic or meaning, but audiences would howl with laughter. Most of them, however nonsensical, would carry a hint of human experience.

‘When I was at school, I used to be teacher’s pet. I sat in a cage at the back of the class.’ Robots do not go to school, and wouldn’t know about teachers’ pets, so could never find that joke funny.

The late Mitch Hedberg was one of my favourite stand-up comedians. He once said: ‘Rice is great if you’re really hungry and want to eat 2,000 of something.’ Unable to detect a pun, the Cincinnati robot would simply see this as a statement of fact.

The same goes for another American stand-up, Steven Wright. ‘I went to a general store, but they wouldn’t let me buy anything specific.’ How could a robot, with no experience of shopping, ever detect the humour in it?

Another Steven Wright joke goes: ‘I went to a place to eat. It said, “breakfast at any time.” So I ordered French toast during the Renaissance.’ How would Erica the robot know when to laugh? 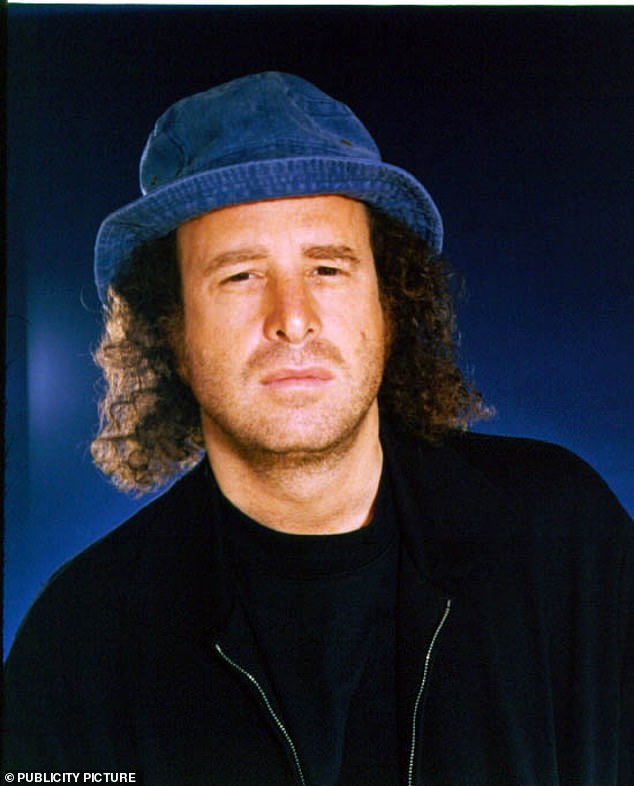 Craig Brown: Another Steven Wright (pictured) joke goes: ‘I went to a place to eat. It said, “breakfast at any time.” So I ordered French toast during the Renaissance.’ How would Erica the robot know when to laugh?

The eccentric comedian Emo Philips once gave me one of his CDs, and wrote on it, in felt-tip, ‘Think of me when you listen to this.’

Emo likes to turn things upside-down, in a manner to confound even the most diligent robot.

‘A computer once beat me at chess,’ Emo once said, ‘but it was no match for me at kick-boxing.’

And here’s the surest sign of a proper sense of humour: would any machine, no matter how sophisticated, ever be able to take a joke against itself?