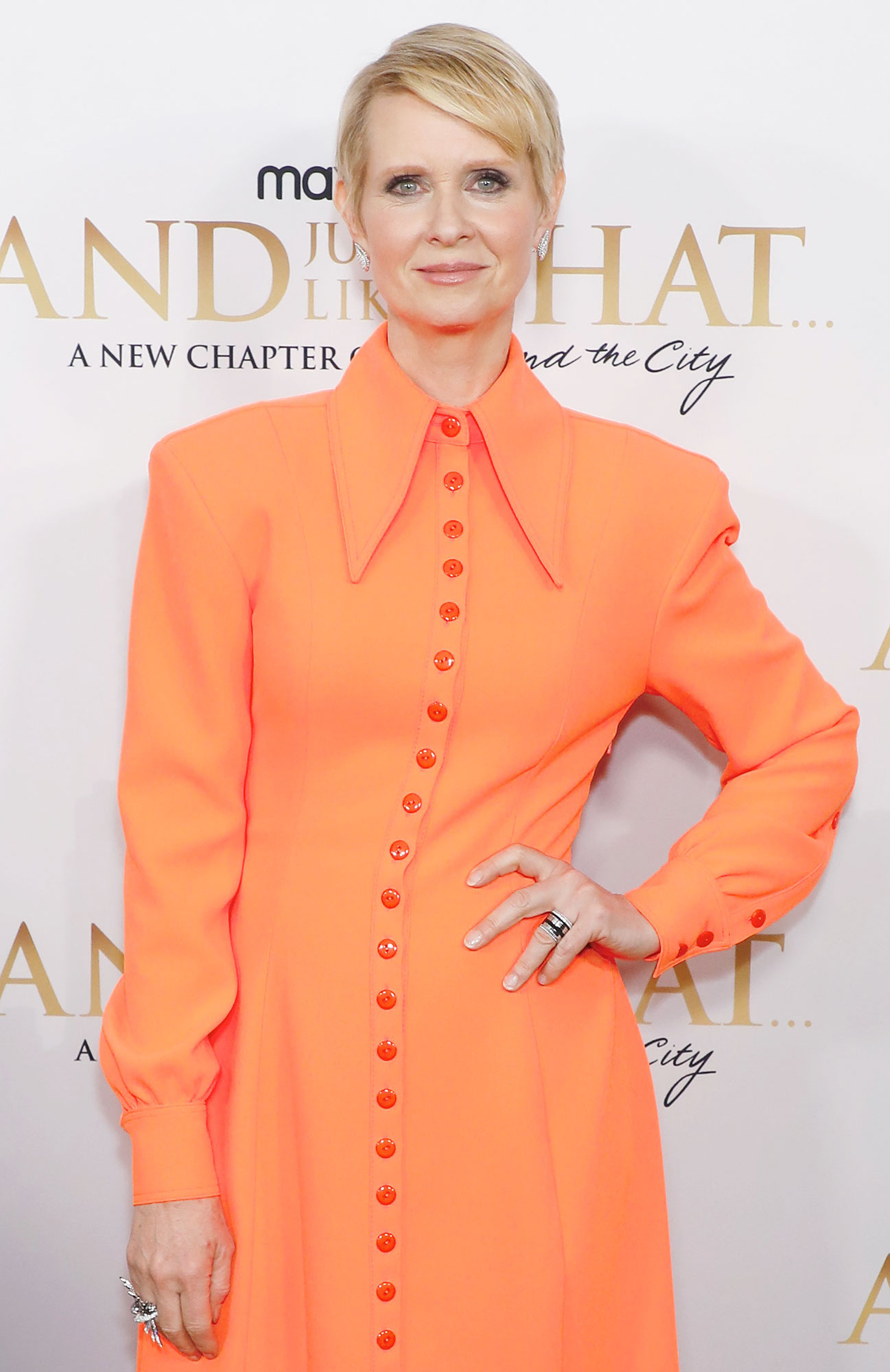 Stunning then and now! Last night, Cynthia Nixon hit the red carpet at the NYC premiere of And Just Like That — and the 55-year-old looked positively radiant.

Nixon (who plays Miranda Hobbes in both the OG series and highly anticipated Sex and the City revival) stunned in an orange Christopher John Rogers shirt dress teamed with matching pointed-toe boots. And while her outfit made quite a stylish statement, her timeless glam is worthy of accolades.

Sarah Jessica Parker! Cynthia Nixon! See What the Stars Wore to the ‘And Just Like That’ Premiere

“For this red carpet, it was less about the makeup and more about the skin,” said celebrity makeup artist Matin Maulawizada. “Cynthia has been playing Miranda for so long and this character has white hair now. We wanted to bring Cynthia back for this premiere, modern, fresh and radiant.”

And that he did! The beauty pro used a myriad of Pause Well-Aging products to make her complexion look perfectly sculpted and hydrated. “I started using the Pause Well-Aging Fascia Stimulating Tool ($115) before it hit the market,” said Maulawizada. “It’s my absolute favorite tool.”

“I used this [tool], along with the Pause Well-Aging Collagen Boosting Moisturizer ($72) and the Pause Well Aging Eye Renewal Treatment to give Cynthia a little facial massage, working these moisturizers into her skin with the fascia tool, for about five minutes.” Why the whole process? Well, the pro swears by it to “get blood circulating and take away extra puffiness.” Sign Us up! 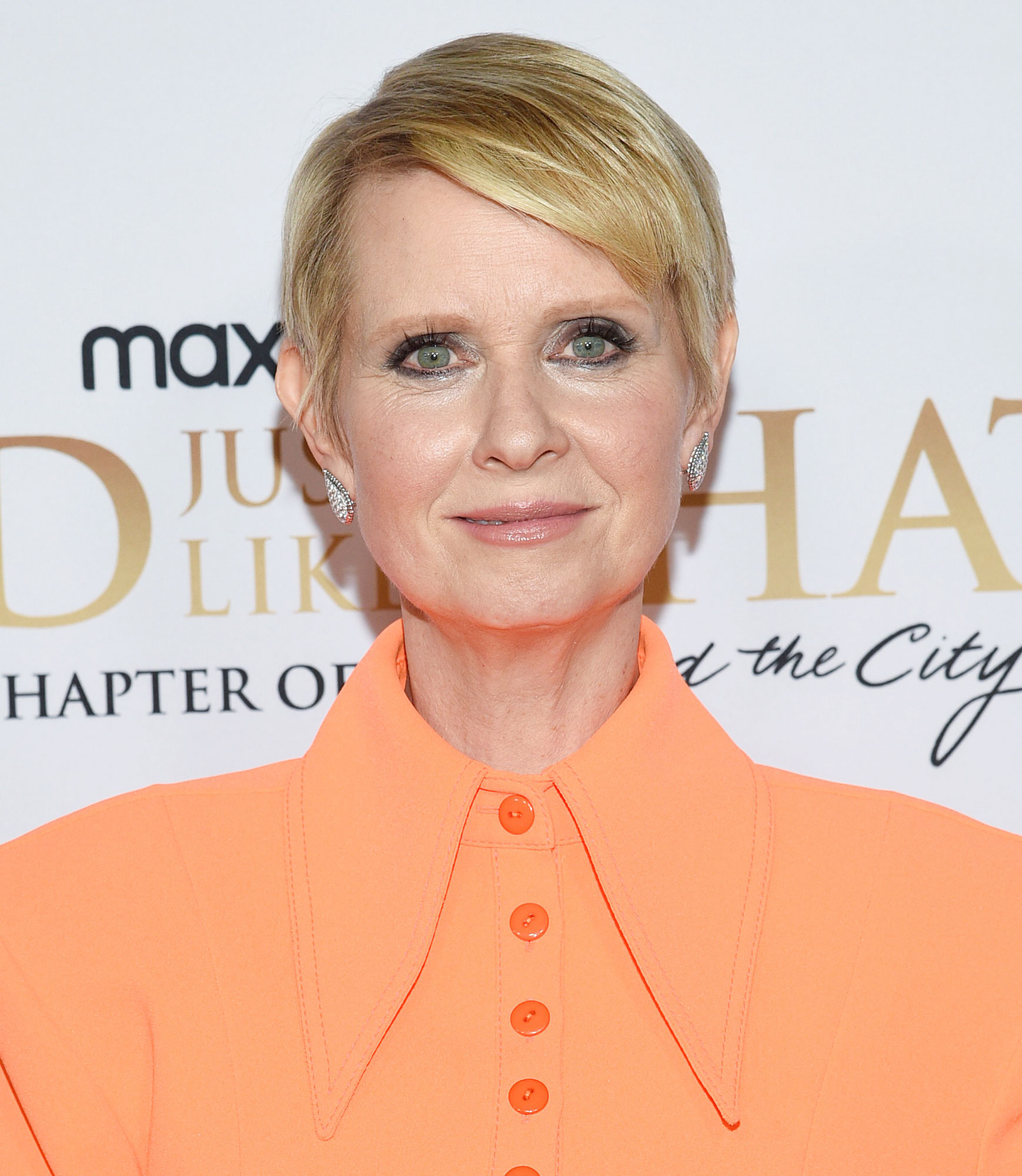 Maulawizada used Code8 Beauty products for Nixon’s glam, giving the actress defined eyes, a glowy complexion, and a neutral shade of lipstick. And to amp up the star’s lashes without having to use mascara, he opted for Lashify lashes (a favorite among the And Just Like That cast). 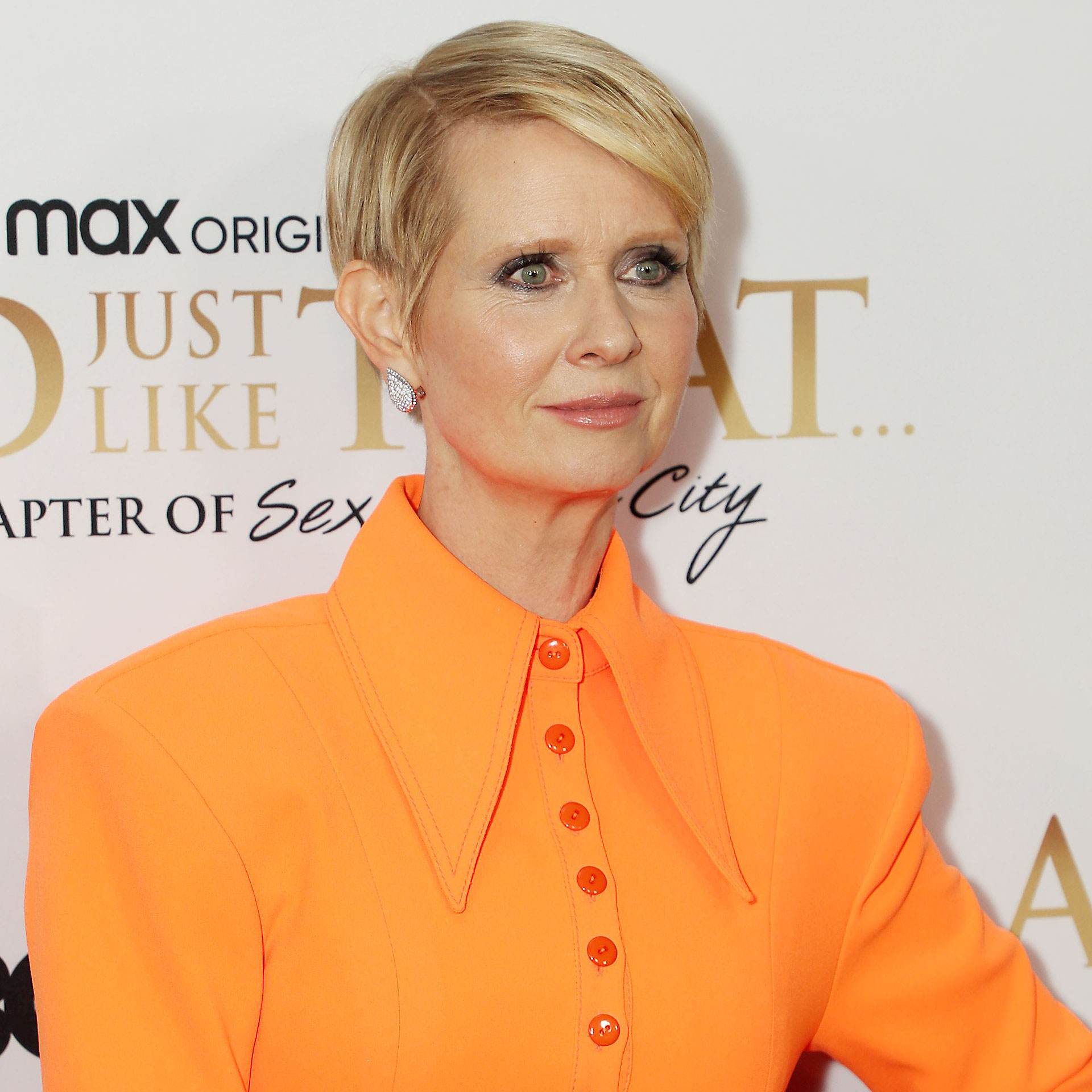 In the hair department, Nixon opted for something entirely new. “I’ve been itching to get my hands back into Cynthia’s hair,” said celebrity hairstylist Rebekah Forecast, whom Nixon’s known for about 20 years, since the third season of Sex and the City. Just days prior to the premiere, Forecast’s dream came true: She gave Nixon a fresh pixie cut featuring a graduated back.

“I wanted Cynthia to look chic and modern,” she continued. “But we’re always referencing the past in some way, so there is a Twiggy, Mary Quant-ish element to this new cut.”

For the premiere, Forecast used Better Not Younger products to perfect Nixon’s strands, starting with the brand’s Lift Me Up Hair Thickener ($34) to build up texture (applied on damp hair) and Heat Protection and Taming Spray ($32) ahead of styling it with a round brush and GHD blow dryer.

“Once dry, I used my GHD flat iron, where needed, to enhance sleekness,” she continued, before using Better Not Younger Fresh Start Scalp Renewing Dry Shampoo ($29) to the crown of her head. “It fights natural oils and gives stability and hold to the look,” she said.

For more incredible beauty looks from Nixon, be sure to check out And Just Like That, airing Thursday, December 9 on HBO Max.

Experts warn running can cause breasts to move 14cm