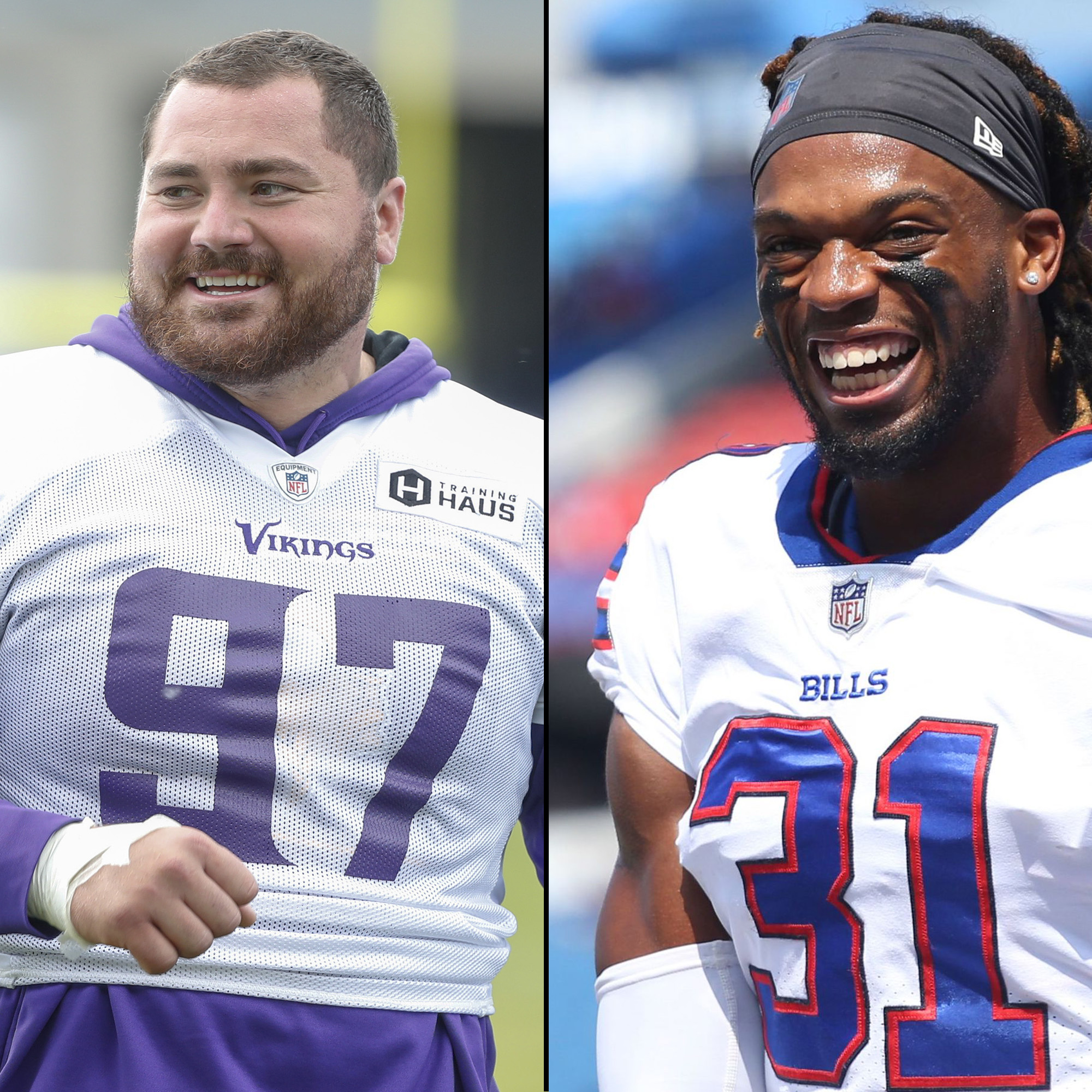 “I found a sandwich shop and ordered food — chips, drinks and sandwiches, everything I could find, salads, whatever — for all the doctors, nurses on the ICU ER floor, the members of Damar’s family that were there, the training staff of the Bills,” Phillips, 26, said in a press conference on Wednesday, January 4. “They were able to deliver that for dinner last night.”

The defensive end, who now plays for the Minnesota Vikings, added that a “buffet” of Chipotle food will arrive on Wednesday night. “I just wanted to try to do something,” he added.

Celebrity Health Scares Through the Years

Hamlin, 24, has been in the hospital since Monday, January 2, when he collapsed during the Bills’ game against the Cincinnati Bengals. The athlete suffered cardiac arrest after tackling Bengals wide receiver Tee Higgins during the first quarter. Hamlin initially stood up, but he collapsed moments later and medical professionals rushed onto the field to treat him. The Bills safety was taken to the University of Cincinnati Medical Center, where he remains in critical condition as of Wednesday.

Hamlin’s family thanked fans for their support on Tuesday, January 3, and asked NFL followers to keep the University of Pittsburgh alum in their prayers. His uncle Dorrian Glenn, meanwhile, said that his nephew had to be resuscitated on the field.

“I know he’s still here, I know he’s fighting,” Glenn told ESPN on Tuesday. “We appreciate all the prayers and support we have been getting from people all over — not just the country, but the world. … It really means a difference for my family to see that, and I know it’ll mean a difference to Damar when he sees that.”

Celebrity Charity: Stars Who Use Their Influence to Give Back

Phillips, for his part, said he learned of Hamlin’s injury while attending a Minnesota Timberwolves game on Monday night. “We left the game early, and I was just refreshing Twitter every second, reading every tweet out there, just waiting to hear what’s going on and what could happen,” he explained on Wednesday. “For all the teammates that were rallied around them there, it was a very hard scene to see. You can try to picture it as best you can, but it was a very hard scene.”

The Nebraska native and Hamlin were teammates on the Bills during the 2021 season. “Damar was close to my locker in Buffalo and helped out with my foundation [Harrison’s Playmakers] a little bit too because of his giving nature,” Phillips said. “We are a brotherhood. … We compete like hell when we’re out there against each other, but that is a brother that I look across when I look across the line of scrimmage.”

In or Out of the Classroom, These Affordable Back-to-School Pieces Are For Learning in Both Comfort and Style

Snap up these spring cleaning bargains on Amazon