David Harbour is crazy about his wife Lily Allen.

The “Stranger Things” star, 46, rhapsodized about Allen after the two posed on the red carpet for his upcoming movie “No Sudden Move” at the Tribeca Film Festival.

“I’m in awe of her,” he proclaimed to Page Six. “I think she’s a remarkable, extraordinary woman and beautiful, talented, lovely, caring, but you know for some strange reason she also seems to think a lot about me so it seems to work.”

Harbour also loves been a step-father to Allen’s two daughters, Ethel, 9, and Marnie, 8, calling them “amazing” and professing that “it’s nice to be a part of their lives.”

The “Hellboy” actor and the “Smile” singer started dating in 2019 and wed in September 2020 in Las Vegas. The nuptials were presided over at the Graceland chapel by an Elvis impersonator and were followed up by a post-wedding feast of burgers and fries at In-N-Out.

And as for living in the U.K with the British-born Allen has made Harbour notice some cultural differences. 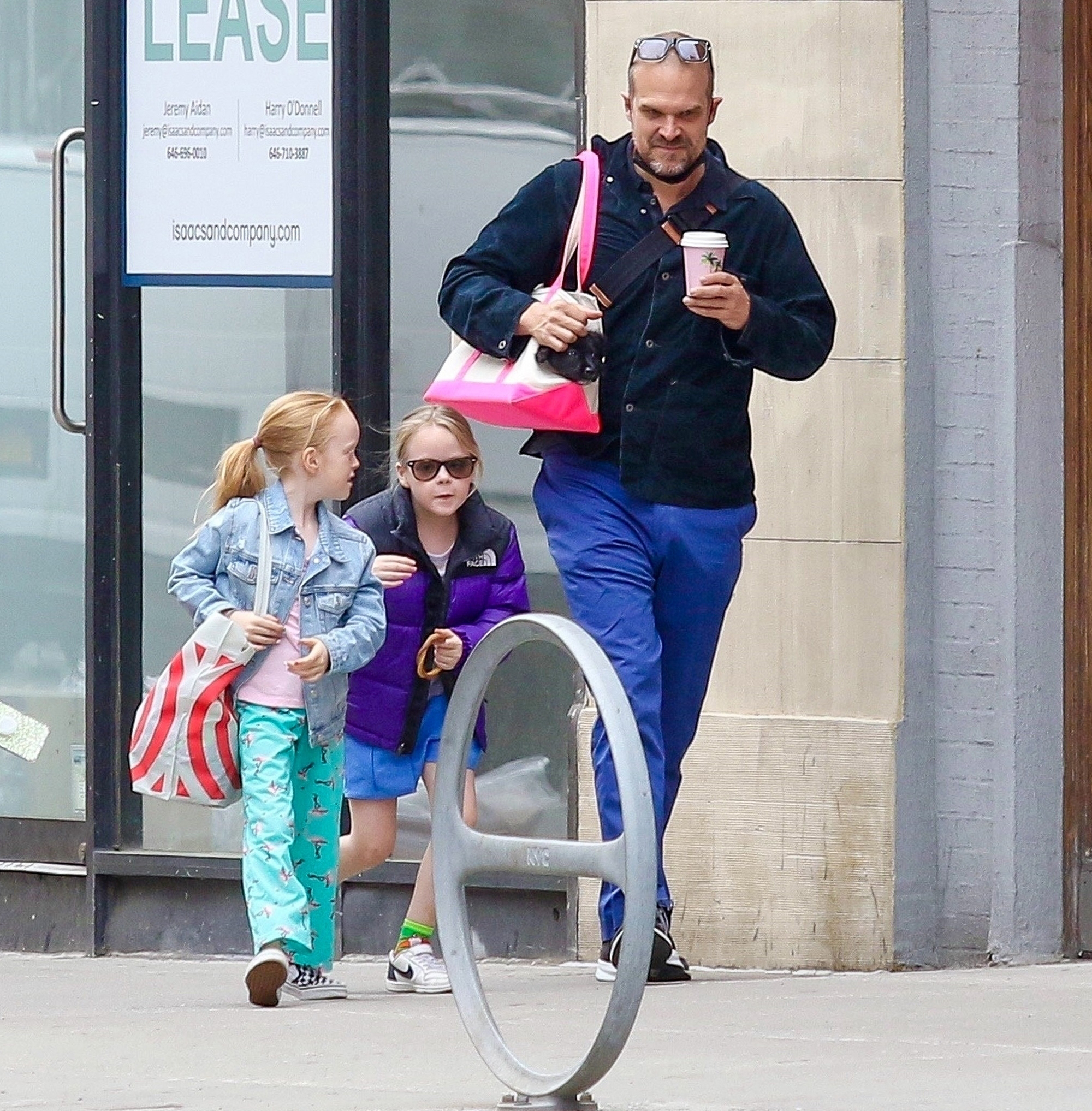 “I don’t think they quite understand me there, I think in America I have a lot more leeway for someone of my goofiness,” he explained. “They have their own brand of goofy which is in its snark and wit, these are generalizations but. yeah it’s not my brand, I think they find my brand a little boorish, that’s alright, I’m not for all markets.”

“No Sudden Move” directed by Steven Soderbergh and starring Don Cheadle, Julia Fox and Benicio del Toro is a period gangster movie in 1955 in Detroit.

“It was a dream come true,” he said. “It’s got this real gangster, old school feel to it. I love the feel of this movie. I’ve never felt in quite such good hands. He (Soderbergh) isn’t shooting any excess fat, he knows what to shoot, so our days would end…it would be three or four hours days, the way he shoots. I’m not used to it at all and yet I felt completely confident after it was done. I felt very taken care of.”

“No Sudden Move” will begin streaming July 1 on HBO Max.

How Andrew and Chris Cuomo's Sibling Rivalry Captured Our Hearts