A dog was reunited with its owner after being lost in the snowy landscape of Montana for an entire week.

Roger Jacobs, 68, from Shepherd, Montana, had raised his dog, 7-year-old Salty, from when she was a puppy and even trained her to go on hunting trips with him, according to SWNS. But when the latch of Jacobs’ gate was unlocked on Dec. 22, Salty uncharacteristically ran away.

“We spent day and night driving around looking for her, tried tracking her footprints in the snow,” Anderson said. “We initially believed she was chasing deer and then disappeared – as my dad would describe it, ‘he was gut shot.'”

About a week after she escaped, on Dec. 29, a family friend called Anderson to say he thought he’d seen Salty across the Yellowstone River.

“I tried my best not to get my hopes up especially knowing Salty had been gone for a week in below zero temperatures,” Anderson said. Even still, she drove out to see if it really was her. 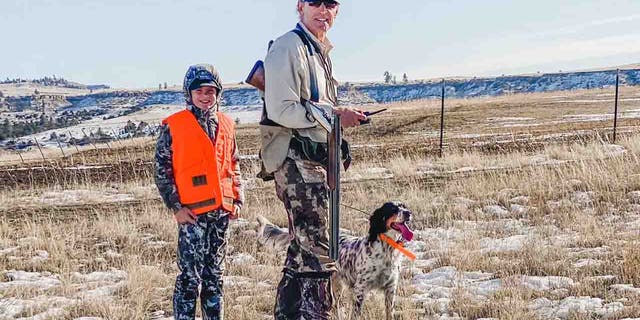 Roger Jacobs’ dog, Salty, escaped from his Montana home on Dec. 22 and wasn’t found until Dec. 29, after spending a week in freezing temperatures.
(SWNS)

“When we pulled up, we all three barrelled out of the car jumping up and down,” Anderson said. “With one look we knew it was her.”

Anderson also filmed the moment Salty and Jacobs were reunited after the family friend let the dog out of his car.

“My dad was blowing his whistle until he could see her,” Anderson said. “You can see him tuck his phone back in his pocket, put his gloves on and fall down to his knees with tears of joy.” 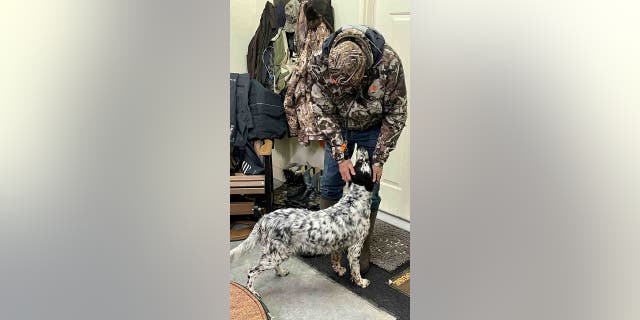 Though Salty did lose some weight and get an injury on her front leg, the adventurous dog is recovering well, according to Jacobs’ daughter Becky Anderson.
(SWNS)

According to SWNS, Salty had a wound on her front leg and had some ice between her toes, but otherwise, she seems to be doing alright.

“The wound on her leg is healing up nicely and she has settled right back into her normal way of life,” Anderson said. “She lost about ten pounds through the ordeal but other than that, you would never know anything had happened.”

Tesco confirms change that will affect millions of Clubcard customers