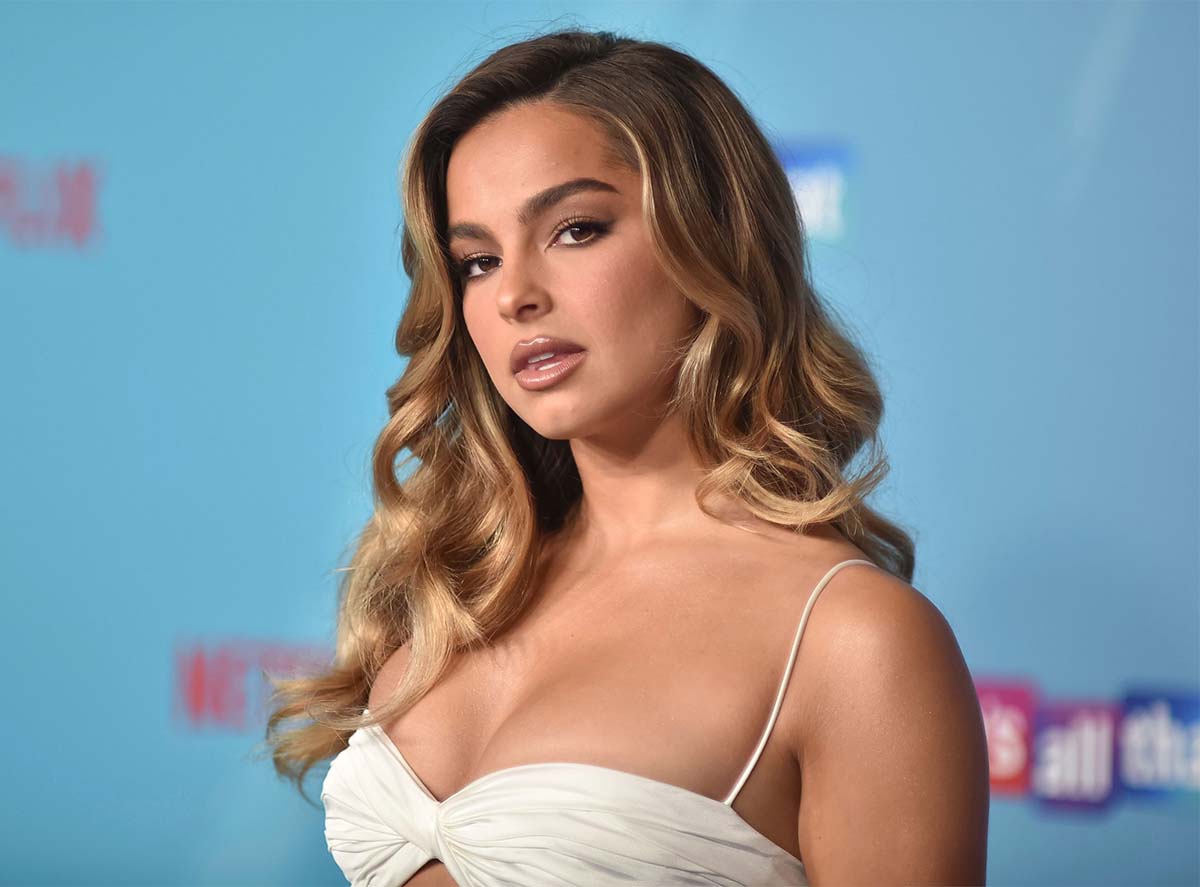 Yikes! Addison Rae is reacting to how her parents, Sheri Easterling and Monty Lopez, have been — very publicly — handling their recent split.

“Addison is embarrassed by both of her parents’ behavior. In fact, she’s disgusted by it,” a source exclusively shares with Us Weekly. “She isn’t close to her mom anymore and has unfollowed her on Instagram. She’s distancing herself from her family.”

The reaction from the TikTok star, 21, comes after Easterling, 42, made her red carpet debut at the MTV VMAs in August with rapper Yung Gravy. The new pair matched in lavender outfits and weren’t shy about packing on the PDA for the Newark, New Jersey event.

“We met online and we connected right away,” the “Always Saucy” artist told MTV’s Nessa Diab on the red carpet. “You know, I’m from the furthest north it gets and she’s from the furthest south it gets. I’m into MILFs and she’s kind of the queen of MILFs, so I figured it was just the perfect match.”

Shortly after the event, another insider shared with Us that the single mom and her new beau’s relationship was “genuine.”

“Sheri is a good-hearted woman who’s looking to rebuild her confidence and self-worth,” the source explained at the time.

Rae’s father, Lopez, 46, gave his take on the new pair via his social media, uploading a shirtless mirror selfie via his Instagram Story and writing, “Unbothered!” over the pic.

“Thank you @youngravy for taking the leftovers!” the Louisiana native added, alleging that, “I would rather spend time with my daughter and 2 grandkids that SheriNicole made me abandon as a child inorder [sic] to be with her! #tiredoflivinglie.”

He concluded: “Never let a woman make you choose between her and or your blood child!”

Lopez and Easterling tied the knot in 2004. They divorced years later but eventually remarried in 2017. Along with the He’s All That actress, the estranged couple share sons Enzo, 14, and Lucas, 8. In his Instagram bio, Lopez notes he is also the father of Macye Neumeyer, who has two children of her own.

Earlier this year, Lopez was accused of having an affair with a woman named Renée Ash, who claimed the BAM Social cofounder lied about his marriage being over. While Lopez did not publicly comment on the allegations at the time, his ex took to social media to address the drama.

“Personal matters being brought public are always challenging and overwhelming for anyone involved,” Easterling wrote via her Instagram Story in July. “I will be okay. My biggest concern is -and always will be- my children and their fragile hearts and minds. I will always do my best to protect them. My goal is to make sure that they feel secure and safe and know that everything will be okay. Thank you all for the love, support and kind messages. It means the world to me.”

Fauci says Trump should urge Republicans to get vaccinated